Last night, though young songstress Ariana Grande sang her way through a Saturday Night Live appearance as both host and musical guest. And though Larry David (who appeared again as a cranky Bernie Sanders) botched her name during the introduction to her performance, everyone else enjoyed the many funny faces of the former Disney actress. The sketch in which her pipes most shined was when she saved the day at the TIDAL streaming music headquarters by taking the sonic place of divas like Shakira, Rihanna, and Celine Dion when systems fail.

As the big boss, Kenan Thompson calls for a check on all of the subscription-based service’s streams. TIDAL, owned by Jay Z, offers music, videos, and editorial content to its customers and pays the artists solid royalties. When a variety of female singer’s streams go down, Thompson yells, “TIDAL cannot afford another glitch!” He references the failed launches of Kanye’s The Life of Pablo album and Rihanna’s “American Oxygen” song by the Hova-run company.

Turns out, the shy intern Chloe, or Grande in glasses, can save the day when she busts out a mean Britney Spears impression. She goes on to spit out nonsense sounds when filling in for Rihanna with “Work,” and jokingly admits she’s not a big Ariana Grande fan. Her Celine Dion, “It’s All Coming Back to Me Now” off the 90s diva playlist was truly spot on, bringing “whoo”s from the audience. Grande even offered a solid Whitney Houston “I Will Always Love You” — though no one actually holds a torch to Whitney.

The sketch ends with Jay Pharaoh putting his pitch perfect Jay Z impression into use, as he reveals he’s been going “undercover boss”-style incognito. Then he orders a venti cappuccino from Chloe and thanks for her help. 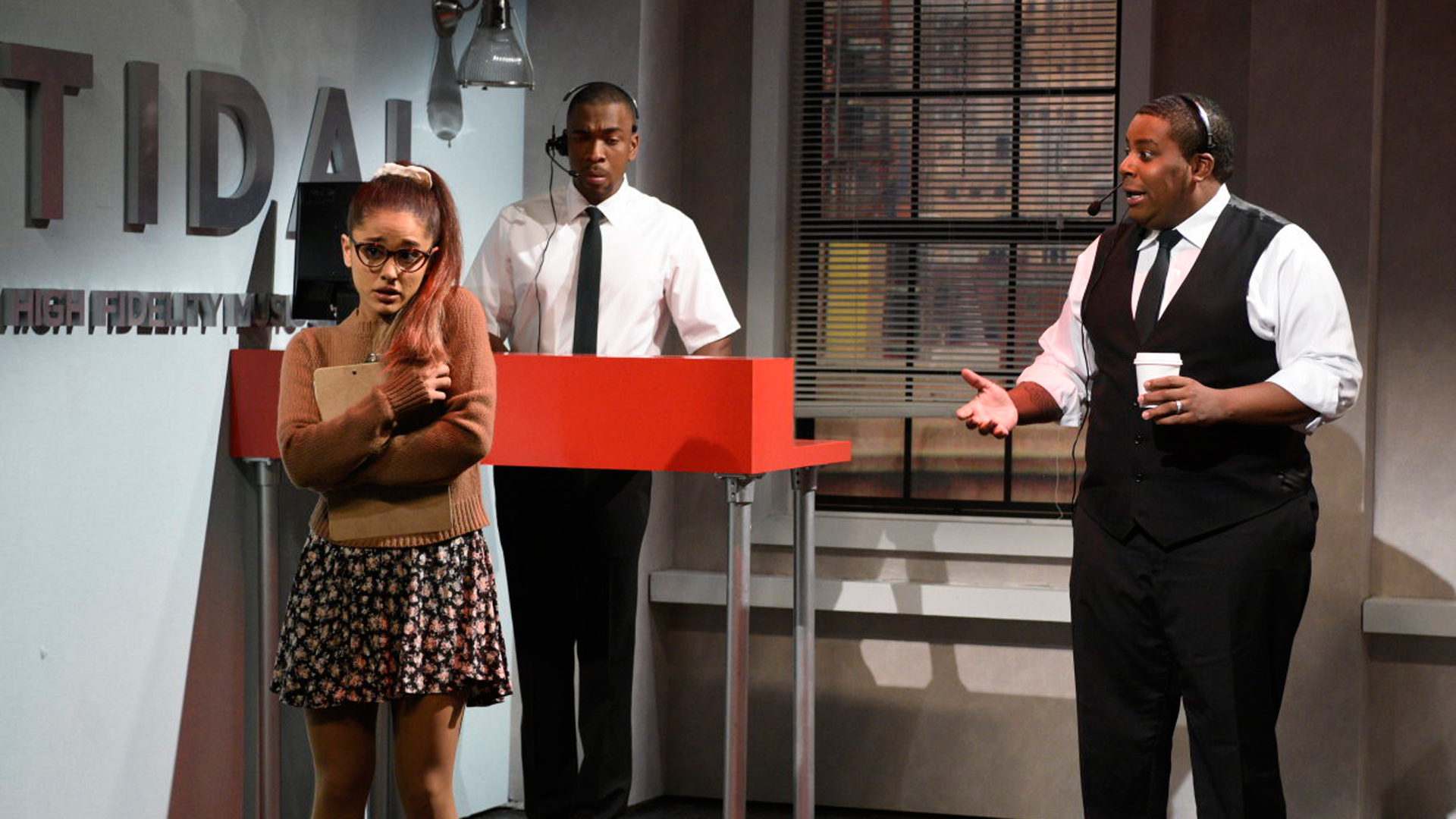 More like this
Entertainment
21 hours ago
Poker Face is Rian Johnson’s Columbo for the superhero era
By Hoai-Tran Bui
Entertainment
Jan. 25, 2023
Here’s why the Invincible movie won’t be The Boys redux
By Mónica Marie Zorrilla
Entertainment
17 hours ago
Infinity Pool is a hedonistic head-trip
By Isaac Feldberg
Share: