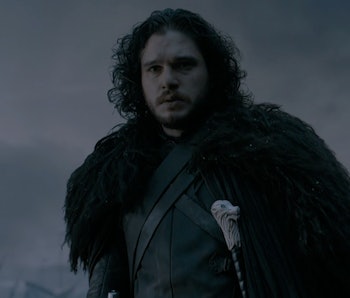 Fan culture and drama are practically synonymous: To be a fan is to get unreasonably upset about anything the object of your fanly devotion does wrong, any perceived slight in wider society. Last year generated a wide array of fan culture controversies: Game of Thrones fans dramatically quit the show after Sansa’s rape; 007 fans rallied around Iris Elba when author Anthony Horowitz called him “too street” to play James Bond; fans facepalmed at the dubious casting choice of of Ben Affleck as Batfleck. No issue is too serious or too trivial to provoke drama. The wonderful and simultaneously infuriating thing about fan culture is its tendency to ascribe the same amount of magnitude and conflate the serious with the silly. As 2016 looms fresh before us, here are some predictions we have for fandom dramas awaiting us.

Jon Snow will live, and no one will know what to do

Look: it’s barely a secret anymore that Jon Snow is going to return to Game of Thrones to live another day pouting and staring soulfully while his hair whips in the wind.

And even though book fans can no longer say, “That’s not how it was in the book!(!!!!!!)” because the show will beat Winds of Winter to the punch — that will in no way stop endless speculations about the nature of his return. Is it how it will happen in the book? What if it’s different? What if it’s not different? What does it all mean? What if Kit Harington morphs into a dragon? The inevitability of Jon Snow’s resurrection in no way halts the impending uproar when it happens.

Just because the latest Star Wars film just happened and the demolished box office is still recovering doesn’t mean casting rumors for the next one won’t be buzzing shortly. Adam Driver already provoked intense debate for his performance as Kylo Ren and the baggage he brings from previous projects. No matter how distantly a potential actor is mentioned in connection to the next film, their every role will be analyzed, every tweet examined with CIA level scrutiny. Chances are almost impossible that there will be nothing to complain about buried in there.

Wonder Woman will blow up

With Batman v Superman fast approaching we predict that when push comes to shove, it’s not Batfleck or the boring Man of Steel who will cause the most controversy. Internet, get ready to flip your shit over everything Wonder Woman.

Did she singlehandedly redeem the whole Girl Superhero thing? If she didn’t, is she too weak? If she did, is she too strong? Girl characters can’t be both strong and weak, what kind of world do you think this is? Thinkpieces on Wonder Woman will pile up as surely as their battle debris.

The Neil Gaiman/Bryan Fuller collaboration is going to be must-watch for many reasons, and there will be an uproar if they don’t cast the only man for the job as Shadow.

But once the show airs, there will also be an uproar about that infamous man-eating vagina scene. The show’s airing on Starz, which has really gotten its shit together of late. But it also means that not only can they show the whole thing, they’re planning on it. Will the world be ready to watch a man get eaten by a vagina? Can it ever be ready? This will put all those thinkpieces on Girls and its “shocking” ass-related scenes to shame. This drama, then, will be simultaneously wide-ranging and specific: It will revolve around a single scene, but it will be a scene that breaks the internet — or at the very least, thoroughly dents it.

Harry Potter and the Cursed Child picks up the Potter narrative in play form after the “19 years later,” when Harry is an inexplicably overworked bureaucrat with a son who might be evil. Sure, not all Slytherins are evil, but anyone with such a terrible name has got to have some anger issues. Regardless of what happens in this play, some fans are going to be pissed.

As J.K. Rowling herself knows, you really can’t please everyone.

And although the world is already in a tizzy about Black Hermione, we predict this particular drama will be a detail of the smaller variety: Potter fans, after all, are nothing if not eagle-eyed.

More like this
Culture
Sep. 15, 2022
The cults that survive even when the prophecy fails
By Peter Ward
Entertainment
12 hours ago
Who is Adar? Rings of Power Episode 6 solves the show’s biggest mystery
By Alex Welch
Entertainment
11 hours ago
Rings of Power just changed Tolkien’s Lord of the Rings canon for the better
By Alex Welch
Related Tags
Share: