What happens if we solve climate change?

“It's very important that we take steps, and we take them rapidly.” 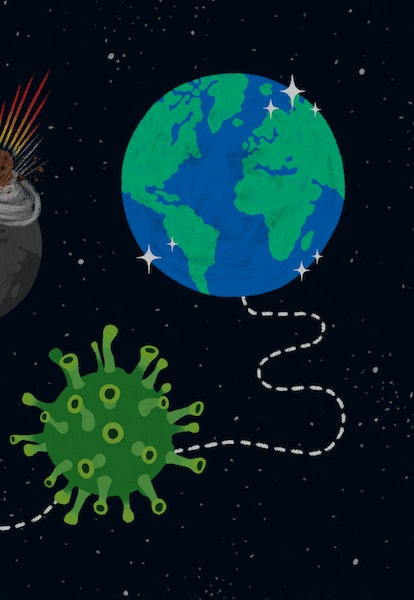 It’s important to not fixate solely on doomsday scenarios.

100 years can go a long way in changing how we treat the Earth. One change climate scientists are hopeful about is curbing greenhouse gas emissions, Forrest Lacey, a project scientist at the National Center for Atmospheric Research, tells Inverse. Climate scientists agree on a standard set of models that are updated every few years — the most recent iteration created Shared Socioeconomic Pathways (SSPs), which describe the different paths that humans could take to adopt greener technology and practices.

Inverse spoke to Lacey about how humans could transform the Earth for the better by 2121. His response has been edited and condensed:

“The reason we use SSPs is because, as scientists, we recognize a broad range of things can happen over the next 100 years. These are narratives that describe how we envision human growth and development over the next century. One factor is: what new technology will allow us to constrain our emissions or anthropogenic activity? And then the second factor is: how likely are we to adapt to this new technology?

What are the co-benefits of different mitigation strategies? One that we looked at for the transportation sector was diesel emissions. What if we reduce or adopt more stringent diesel emission standards by 2030? What impact would that have on human health, on climate, and then also plant production? Pollutants in the atmosphere, particularly ozone, do impact plant production in a very large way.

Energy is on the same path as transportation, where we’re adapting to new technology relatively quickly. There have been more shifts from fossil fuels to other technologies, and as it becomes cheaper to produce solar panels, it becomes more economically feasible to install them in areas where it may not have been as effective before.

Residential is another. A large percentage of the world's population still uses solid fuels for cooking. That has a really large human health impact. There are a lot of different programs focused on bringing technology to underdeveloped regions. So that's one we're optimistic we can solve over the next 100 years.

“There have been more shifts from fossil fuels to other technologies.”

If we zero out anthropogenic emissions, does that mean that there will be no pollution? No, actually, we will still have some level of pollution — what we typically consider the natural background, and it will exacerbate the impacts of natural phenomena, so things like volcanoes.

It's very important that we take steps, and to take them rapidly, but without any sort of method to capture or eliminate pollutants from the atmosphere actively, we're still going to see an increase in some climate metrics and health metrics over the coming decades before we see the large reductions that we're trying to attain.”

Inverse asked a series of experts about five different scenarios for our planet by 2121. Read the rest: what if a supervolcano explodes, the ice caps melt, an asteroid hits, or a deadly pandemic wipes out 10 percent of humanity?