What would happen if a supervolcano erupted?

“If a volcano wants to erupt, it’s just going to erupt.” 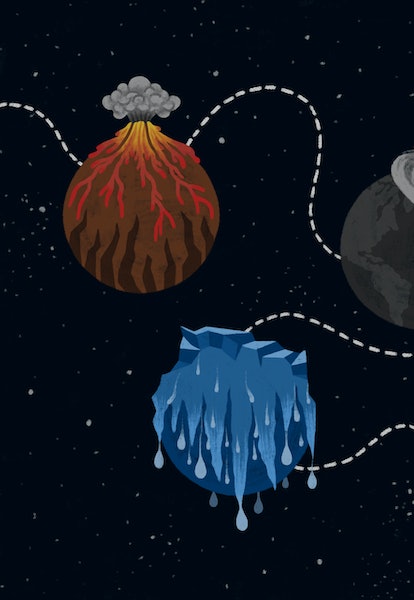 When Missy’s replica of the Yellowstone caldera erupted at the end of an episode in season 1 of Big Mouth, it turned out to be a dream.

But there really is a supervolcano in Yellowstone National Park, and while it could theoretically erupt anytime soon, we’d see warning signs first. Supervolcanoes are like Olympic gold medalists, volcanologist-turned-science journalist Robin George Andrews tells Inverse. In other words: they won’t be able to operate at peak performance forever. But when supervolcanoes erupt, they can be powerful, prolonged, and unstoppable.

Inverse spoke to Andrews about how a supervolcano eruption would transform the Earth by 2121. His response has been edited and condensed:

“If a volcano wants to erupt, it’s just going to erupt. If, for example, Yellowstone decided to engage in a supereruption, most of the damage would be to the United States. You’d essentially have a big hole where the National Park was, and the amount of ash it would dump on North America would be quite extreme. It would cause agricultural problems, ash would clog up car engines, knock out power lines, pollute waterways.

There are really weird things you don’t think about. A moderate eruption of ash covering a city would cause their sewer system to block up for two years, which means all toilets would stop working properly. It's like that scene from The Shawshank Redemption for two years, it would be horrific and smelly and awful.

“It would be horrific and smelly and awful.”

Most of the ashfall would be around the continent in which the eruption would have happened — we’re talking many meters’ worth of ash, and it would be a huge problem. We would have to use the technology we have to push it all into the sea. I don’t really know what you do with it, because no one’s dealt with ash on that scale in the modern era.

Eruptions often take place over a long period of time. Scientists now think the first supereruption of Yellowstone was three separate events separated by years. So it would mean that once the first salvo is done, people couldn’t then just move back into the area.

Overall, these kinds of eruptions have a cooling effect on the climate. Volcanoes often produce a lot of sulfur dioxide, which is a gas that mingles with the moisture in the stratosphere. Together with sunlight it helps form a substance called an aerosol, and aerosols are very good at reflecting sunlight back into space.

The worst effects might be some sort of global Great Depression because if it happened in North America, the economy would completely crash, and that would have ripple effects everywhere.

There’s a massive volcano in Italy called Campi Flegrei. It’s not technically a supervolcano, even though it’s a caldera. If Campi Flegrei went up in Europe, that would affect so many different countries. There'd be pandemonium — it could offset the global balance of power. It would certainly influence literature and movies and fiction and drama for a very long time.

Regionally, these eruptions would be terrible, however, it would end civilization or the world. We know that because 74,000 years ago, Indonesia’s Toba volcano erupted and it was gargantuan, but it turns out that it doesn't seem to have had much of an effect at all, at least not for anyone living a little bit away from there.”

Inverse asked a series of experts about five different scenarios for our planet by 2121. Read the rest: the ice caps melt, an asteroid impact, a pandemic wipes out 10 percent of humanity, and humans stop global warming.