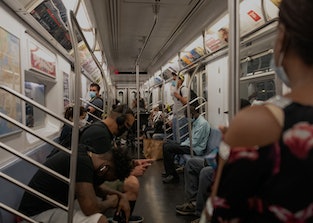 The 9 fundamentals of Covid-19

Two years into the pandemic, here are 9 immutable truths about it

The Covid-19 fundamentals today may not remain fundamentals forever, given the unpredictable nature of viruses and mutation.

But some two years into this horrible pandemic, our lead story presents the nine facts that have held up what we think about when we think about Covid-19. I’m Nick Lucchesi, editor-in-chief at Inverse. Thanks for being with us today.

This is an adapted version of the Inverse Daily newsletter for Friday, December 10, 2021. Subscribe for free and earn rewards for reading every day in your inbox. ✉️

As humans, we fear the unknown, and nothing feels so dangerously mysterious as the novel coronavirus. This week, we are officially two years into the pandemic. We’ve progressed from panic over what looked like a wave of “atypical pneumonia” cases in China through global lockdowns, multiple virus variants, and eventual vaccine rollouts. Now, we’re worried about the Omicron variant, and it can be easy to forget how much we’ve learned over the past two years. But there are some fundamental truths about this virus — including its known variants — that are worth reiterating.

Two years ago this week, hospitals in the city of Wuhan, China, began filling up with people suffering from pneumonia-like symptoms. They had strange spots on their lungs, scans revealed — the“ground glass” opacity characteristic of pneumonia associated with what we now call Covid-19. Reports vary as to whether the first confirmed case occurred in late November or early December. By December 30, 2019, the Wuhan Municipal Health Commission issued two internal “urgent notices” to the city’s hospitals warning of unusual pneumonia cases seemingly originating from the city’s Huanan Seafood Wholesale Market.

A frisbee-shaped robot could be the future of pollution detection

U.S. olympian Mike Powell made history in 1991 at the summer games in Los Angeles when he leaped over 29-feet in the long jump. Already towering at 6 feet 2 inches, Powell’s jump was equivalent to 4.7 times his height and is still undefeated — at least, by human beings.

In a new paper published Tuesday in the journal Nature Communications, a team of roboticists has designed a teeny-tiny robot — only 2.5 inches long and 1.1 grams — that has achieved a long jump equal to six times its body length.

Even more, the robot achieves this Olympic world record-breaking jump without any legs. Luckily for Powell, this robot isn’t training for the Olympics. Instead, the researchers write that it could be the future of deadly pollutant detection in our cities.

Read the full story and see the video.

In the future, we may be able to extract plasma from the runners and gym-goers of the world and inject it into others as a means to pass on the brain benefits of exercise. A new study of mice indicates that such plasma transfers from the young and buff could help people with dementia.

In the study published Wednesday in Nature, scientists injected plasma harvested from rodents that exercised into mice that were idle. The active mice passed on many cognitive and cellular benefits of physical activity.

The effect could be replicated in humans. Scientists in Norway are already planning a pilot study in which elders with early signs of Alzheimer’s will get weekly plasma injections from healthy young people who exercise.

China’s Yutu 2 returned mysterious images from the Moon the week of December 1–8, while discoveries of footprints and fossils changed our understanding of the past. The week’s most important science stories are told in 8 stunning images.

That’s it for this Friday edition of Inverse Daily.