Olympic world records broken in 2021: The science behind the spectacle

“Every time a scientist says there's a limit, the athletes go out and prove us wrong.” 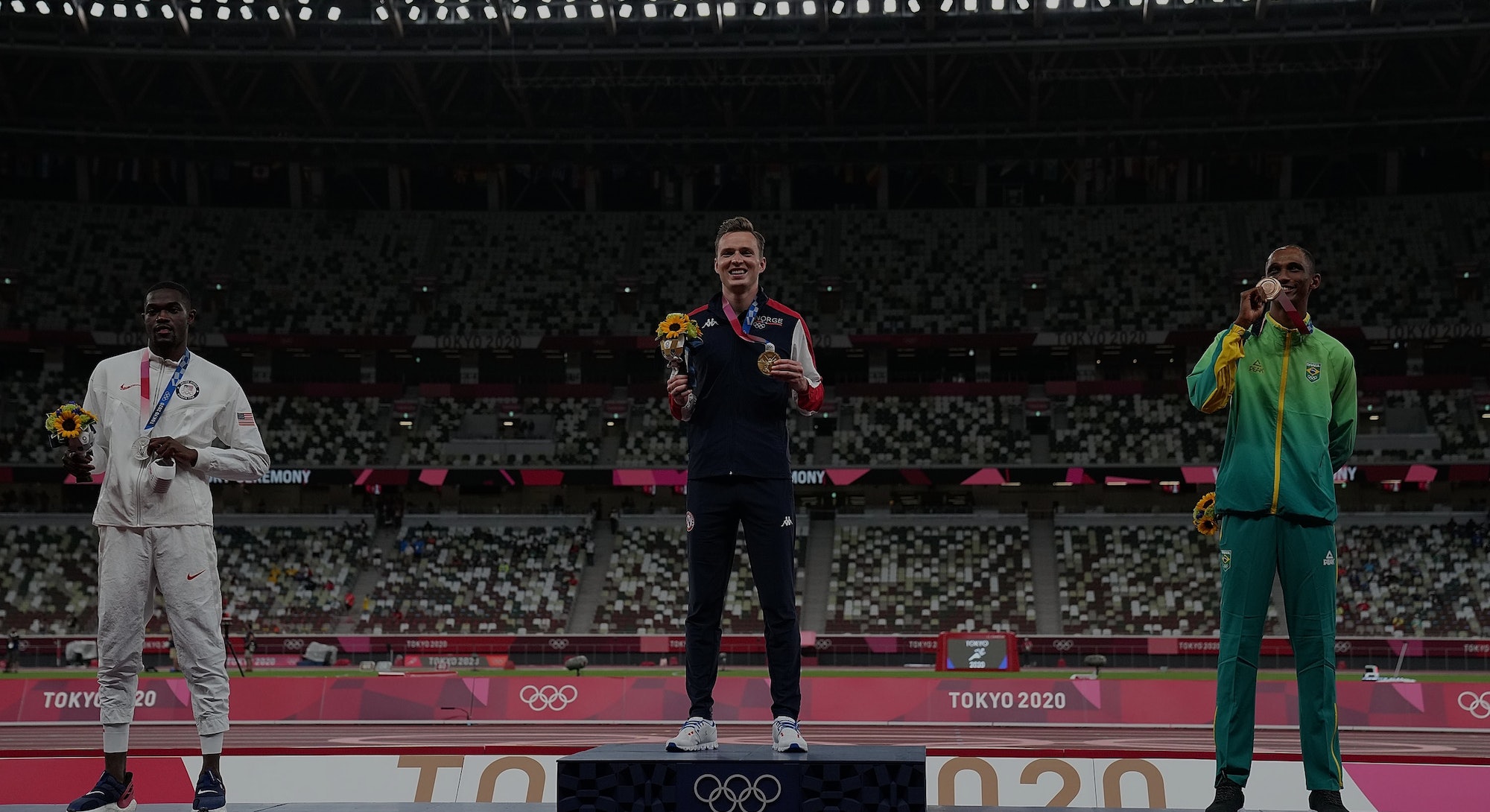 Are there limits to human performance?

If you’ve been watching the Tokyo Olympics, you might assume the answer is a resounding no.

In both the men’s and women’s 400-meter hurdles in Tokyo this week, even the silver medalists (Americans Dalilah Muhammad and Rai Benjamin) broke world records. Meanwhile, first-place Norwegian Karsten Warholm demolished the record (which he himself set a month earlier) by an astonishing 0.75 seconds.

The extreme performance on the track has led to speculation about the effects of new technology — and its fairness. Athlete’s shoes are getting more and more high-tech, and the track itself in Tokyo has been optimized for performance. Andrea Vallauri, who designed the track, told The Guardian that the shock-absorbing rubber tech should give about a 1–2% performance advantage to the athletes.

Should we expect these boosts every year? If every gold-medal 400-meter hurdler shaved 0.75 seconds off Warholms’s new record (45.94 seconds), we’d break 30 seconds by the 2108 Olympics. That’s essentially a 9.8 second Usain Bolt sprint, four times in a row, with obstacles.

That seems unlikely, but there are many reasons why world records keep getting broken over time, from advances in technology to changes to the rules. Here’s a look at some of the factors that help explain this bizarre phenomenon.

Olympic world records: Speeding up or slowing down?

According to exercise physiologist Carl Foster, it’s unlikely this current rate of world-record-breaking can continue. Foster is professor emeritus at the University of Wisconsin-La Crosse. He was inducted into the Speed Skating Hall of Fame last year, not for skating, but for his career of contributions to science and Team USA.

“The short answer is the world record progression is slowing down,” Foster tells Inverse. “There's pretty good scientific agreement on that.”

A pair of studies from 2005 and 2007 analyzed the pace of world records over time from running and swimming, respectively, and found they followed an S-shaped curve. Records across all sports saw huge jumps in the middle of the 20th century thanks to scientific improvements in training, coaching, and nutrition, as well as social factors and the globalization of sports. Since then, the rate of record-breaking has slowed.

“I think there is a limit,” Foster says, “although every time a scientist says there's a limit, the athletes go out and prove us wrong.”

Olympic world records: What are the odds?

One of the simplest factors determining how many world records get broken is the number of athletes going for it.

The first modern Olympics were held in 1896, and most athletes were from North America and Western Europe. Over the course of the next century, adding athletes from places that previously hadn’t been represented on the world stage, like runners from East Africa, and swimmers from Eastern Europe, made a huge difference in those sports.

“Occasionally, you'll get these jumps that occur all at once,” Foster says, referring to Warholm’s huge record. “But I think if you look at them broadly, they’re statistical artifacts.”

As the global population continues to increase, and more athletes from more countries gain access to these competitions, more stand-outs are likely to emerge. For example, if you look at Olympic athletes per capita, many countries currently bat below their weight, like India (125 athletes for 1.4 billion people), Indonesia (28 athletes for 274 million), Pakistan (10 athletes for 221 million), Nigeria (52 athletes for 206 million), and Bangladesh (6 athletes for 165 million). Not to mention 26 million North Koreans don’t have access to the games at all.

But beyond its geographical expansion, there’s another recent change to the Olympics that explains an increase in new world records.

For almost a century, the Olympics had a strict amateur code, meaning competitors at the games couldn’t be paid athletes. For many around the world, this made training and competing prohibitively expensive. Even in richer countries, athletes would retire from the Olympics in their early 20s to start their “real” careers.

By 1992, after decades of dispute and rule changes, the Olympics allowed professional athletes — notably, NBA players — to compete at the games.

Today, although the vast majority of athletes aren’t paid like NBA players, they are allowed to accept financial support. This allows the type of all-day-every-day training required by most sports, grants access to athletes from poorer countries, and allows athletes to continue to compete to older ages.

Thanks to this financial accessibility — combined with improvements in sports medicine that makes long-term training more sustainable — we’re seeing older and older athletes at the games. Not only does this increase the pool of athletes, but older athletes have had more practice. For many sports, this can give them an edge on the world-record front.

Technological advancements have played a big role in world records, too. Speed skating is a great example: In the ‘50s and ‘60s, rinks were still “natural” ice — although they were smoothed, they were still naturally frozen. The first fully covered ice rink didn’t show up until 1987. Before artificially cold ice rinks, athletes couldn’t even train year-round.

Even sports that seem straightforward benefit from new tech. The ropes that divide lanes in swimming pools now have anti-wave technology, and the depth and temperature of the pool has been perfected for optimal athlete performance. Pole vault poles switched from steel to fiberglass in the 1960s.

A 2010 study created a mathematical formula that would adjust speed skating world records from past athletes to account for changes in tech to see how they’d fare today. They found that it was about 50/50 — half the improvements in world record times could be attributed to technological improvements in things like skates and ice; the other half was from “real athletic improvement.”

There are checks on tech to make sure sports don’t turn into a technological arms race, though.

“The sports governing bodies are always looking at technical innovation and deciding whether they're fair,” says Foster. That means any new gear has to be “reasonably available” to everyone.

After swimmers in Beijing wearing a Speedo LZR Racer suit (designed by NASA to reduce drag) won 94% of all races, 98% of all medals, and broke 23 world records, the suit was banned from competition.

Although something like swimsuits — or shoes — can feel incremental, Foster says that every little advantage matters when it comes to securing a win and breaking world records.

“With the differences between gold and silver bronze in fourth place being so small, it doesn't take a lot of technological advantage.”