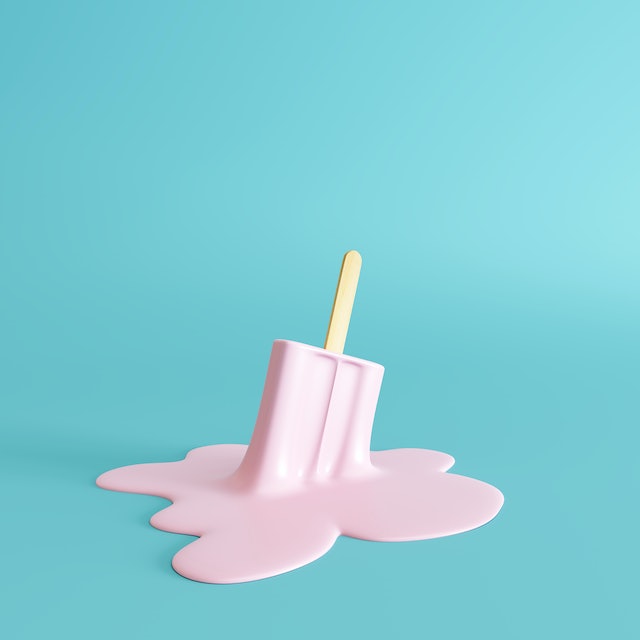 There’s a special type of pain when something that is just too cold hits your teeth. This pain is so visceral, medical textbooks written throughout human history have recounted tales of a “tooth worm,” a living, parasitic creature that burrowed through teeth and caused great suffering.

Now, researchers think they know what’s behind this curious sensitivity to cold in teeth — a sensory mechanism that had eluded science for years. The cold sensor they identify in the new study could be the key to future therapies for tooth pain and sensitivity — and maybe even some of the more serious side effects of cancer treatment.

What’s new — The study published was published this week in the journal Science Advances. In the paper, the researchers lay out the mechanism behind cold sensing in teeth and reveal a previously known function for a tooth cell called odontoblasts.

Jochen K. Lennerz, a principal investigator for the study and an associate professor of Pathology at Harvard Medical School, tells Inverse the discovery took the researchers by surprise — despite the fact they have been working on this problem for years.

“We now assigned that cell a new function, which is the coolest thing I have experienced,” Lennerz says. “Like, who can assign a cell in the human body a new function?”

Here’s the background — The difference between tooth pain in response to the cold and pain from a cut or a muscle ache is that cold pain affects the whole tooth indiscriminately.

“There is no distinction if you touch your pain receptor on the top of your tooth on the bottom,” Lennerz says. “A dentist puts anything near a nerve of your tooth; it's pain everywhere. And that doesn’t make any sense.”

In part because of this pain's strange nature and a lack of empirical evidence on the mechanisms behind tooth sensitivity to cold, the problem presented a unique opportunity, Lennerz says.

“The main problem is when you're looking at teeth, is practically a lack of methods to study teeth functionally and their complexity,” Katharina Zimmermann tells Inverse. Zimmerman is a senior author of the study and a professor of Experimental Pain Research at Friedrich Alexander University of Erlangen-Nuremberg, Germany.

It took a decade for Zimmermann to develop the right models to enable the researchers to make their discovery, Lennerz says.

How they did it — There is a kind of cold-sensing molecule in the body known as “transient receptor potential ion channel subtypes,” or TRP channel subtypes for short, which can sense cold on the skin and other areas. The researchers knew these molecules existed in teeth, but they didn't know how they might be responsible for this distinctive pain sensation. To determine the TRP channel responsible for cold sensitivity in teeth, the research team looked at both mouse and human teeth.

The researchers tested the pain response in genetically modified mice that had injured teeth to isolate different TRP channel subtypes. They found that the mice which carried a TRP channel subtype called TRPC5 responded with pain when their teeth were exposed to cold. When mice are in pain, Lennerz says, they drink more sugar water — the more sugar water they drink, the more in pain they are considered to be, he says.

In the mice’s molars, the researchers found that the TRPC5 channel activity appeared to be concentrated in a layer of cells within the tooth called odontoblasts. These cells surround the inner “pulp” of the tooth and help make dentin, the middle layer of the tooth, which lies under the enamel.

The same appears to be true in damaged human teeth. In these teeth, the researchers saw that TRPC5 activity was concentrated in a layer of odontoblast cells and that there were little filament-like structures called dentin fibers that extended through the tooth to its surface — the point at which cold temperatures would make contact.

“The temperature changes are conducted through these sort of channels,” Lennerz says. “The cells sit under the dentin, and they extend little processes, almost like little feelers, like thermometers into the tooth.”

To confirm the result, the researchers tried blocking TRPC5 in mice teeth using a chemical called eugenol — found in cloves and a dental analgesic — which they discovered reduced TRPC5 activity, supporting the case for this channel’s cold sensing function.

Why it matters — Zimmermann points out that teeth are unlike many other parts of the body — they don’t heal in the same way as other body parts, but they’re integral to human function. Pain in response to cold is a sign that the tooth is injured.

“The tooth doesn't heal, and once it breaks, it will die. So the tooth needs an extremely efficient sensory system to prevent damage,” she says.

Lennerz puts it in a slightly different way: According to him, teeth can be considered self-contained organs. Just one part of a tooth becoming sensitized can cause the whole thing to erupt in pain.

Cold, as opposed to heat, is not usually considered an activating stimulus. Usually, cold is used to slow biological processes down — as in the case of organ transplants kept on ice, for example.

“Heat activating is very common, so that's why scientists get more excited about cold because it gives us an insight into the physiology that we usually use to preserve things,” he says.

How can this be used — An important implication of this discovery is what it means for pain relief. For centuries, it’s been known that clove oil, which contains a chemical called eugenol, may relieve tooth pain. This study shows the tradition has a molecular basis — the ability to block TRPC5. A toothpaste containing eugenol, for example, could point to this science as proof that their toothpaste targets the pain triggered by cold, Lennerz says.

Having a chemical target to relieve tooth pain is also important, Zimmermann says, because it could enable scientists to make much more personalized and targeted pain treatments. Instead of numbing the entire jaw during dentistry, for example, a drug that blocked TRPC5 channels could prevent pain without interfering in other senses, like touch, Zimmerman says.

The pain-relief application goes beyond dentistry, however. These findings may help treat certain chemotherapy drugs' side effects, which cause extreme sensitivity to cold.

“If they don't wear gloves, or if someone opens the door, and the breeze of the door touches the skin in the face, they have excruciating pain,” Lennerz says, referring to people receiving these treatments. The pain can get so bad these people may even have to halt the treatment.

Abstract: Teeth are composed of many tissues, covered by an inflexible and obdurate enamel. Unlike most other tissues, teeth become extremely cold sensitive when inflamed. The mechanisms of this cold sensation are not understood. Here, we clarify the molecular and cellular components of the dental cold sensing system and show that sensory transduction of cold stimuli in teeth requires odontoblasts. TRPC5 is a cold sensor in healthy teeth and, with TRPA1, is sufficient for cold sensing. The odontoblast appears as the direct site of TRPC5 cold transduction and provides a mechanism for prolonged cold sensing via TRPC5’s relative sensitivity to intracellular calcium and lack of desensitization. Our data provide concrete functional evidence that equipping odontoblasts with the cold-sensor TRPC5 expands traditional odontoblast functions and renders it a previously unknown integral cellular component of the dental cold sensing system.