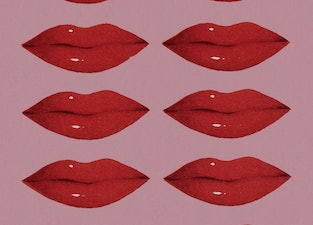 If the internet is anything to go by, straight men and women want very, very different things when it comes to finding a romantic partner. But with so many myths, stereotypes, and plain old untruths about sex and love obscuring the science like a cloud of pheromones at a high school dance, it can be hard to know what’s real and what’s fantasy.

A group of researchers from Australia decided to find out: What are straight men and women actually attracted to? To answer, they looked at the data of thousands of Australian men and women on internet dating sites and asked daters about what they found sexy in a potential mate. Their findings are detailed in a study published Wednesday in the journal PLOS ONE. Ultimately, the answer may not be what you think.

The results are both surprising and very predictable. Stephen Whyte is the lead author of the study and a research fellow at the Queensland University of Technology. He tells Inverse that heterosexual online daters of either gender may be more alike than we realized.

But there is a key nuance to these findings: The age of each dater influenced their preferences, the study shows. “There’s much more symmetry in our preferences than we ever give credit to,” Whyte says.

“It’s just that at different times in our life, men or women place different levels of emphasis on that preference.”

Here’s the background — Theories about sexual attraction between males and females are as variable as sexual preferences, and there’s no unifying theory to draw on. The other issue is that a lot of the science is old: A study from the 1970s, for example, lays out a theory called the “parental investment theory,” which Whyte and his team cite in their own study. The theory suggests that whichever sex — male or female — invests more work in raising their offspring will be pickier when looking for a mate. In humans, this might mean women are more choosy when it came to finding a potential co-parent.

Another theory, called the gender similarities hypothesis, proposes that men and women are more alike than they are different.

Ultimately, the new research seems to support both of these theories.

This study focuses on factors that influence our preference for sexual partners, all drawn from past relationships research:

Other theories emphasize the importance of related factors, too: social status, for example, and a person’s tendency for kindness.

Digging into the details — When it comes to human sexual behavior, it’s difficult to study a representative set of people — we are a varied species, after all. Whyte makes it clear that this study examines patterns among online daters in Australia, specifically people who identified as men or women and heterosexual.

With that in mind, his team surveyed 7325 people between the ages of 18 and 65. All of them were straight, but it’s worth noting that Whyte’s team has conducted studies on nonbinary gender identity and dating habits of bisexual online daters using the same dataset.

They were asked questions about nine different traits which can be grouped in three buckets linked with sexual attraction:

The nine questions were worded in such a way: “To what extent do you find a person’s [SPECIFIC TRAIT] influences how sexually attractive you find them?” And participants had an option to rate the importance of each trait on a scale ranging from one to 100 (100 being the most important).

What they found — At first look, the study’s findings read as predictable: Younger daters, that’s those aged between 18 and 25, women ranked personality higher in importance than did men. Young men, for their part, placed aesthetic factors above personality more than did young women. Women care a little more about “resource” factors than young men, too.

But when participants hit 60, it seems like their priorities started to shift. Men began to rate personality as slightly more important than women. Women found a potential mate’s resources to be even more important than did younger generations. And though men continued to find aesthetics more important, the difference between the importance each sex attributed to these features pretty much leveled out.

But perhaps the most interesting finding is this: The sexual preferences of men and women weren’t nearly as divided as popular culture would have us believe.

Countering the age-old “gold-digger” narrative, both sexes rated income as the least important trait of the nine. And when compared to the importance of other traits within the same sex, men actually found “openness” to be slightly more important than women.

Interestingly, several factors decreased in relative importance for both sexes over time:

Openness and trust became more important to everyone over time. And the desire for emotional connection remained very important to both regardless of age.

Why it matters — If there are any takeaways from this data, it’s that straight men and women are more alike in their preferences than not, and that emotional connection is perhaps the most important asset any potential romantic partner can have.

Whyte points out that there’s really no “typical” male or female. Across both sexes, there were those who rated every trait as very important — and those who cared less about all the traits. But the differences that remain suggest there’s a seed of truth in some stereotypes about searching for a mate. Yes, young, straight men are a little more concerned with looks. Yes, women cared a little more intensely about intelligence, emotional connection, and trust.

This may have to do with evolution and parenting, Whyte says. Females have to devote so much time and energy to the evolutionary product of sex — pregnancy — and so the cost of a bad choice of a mate may be higher on an evolutionary level.

“It seems logical that from an evolutionary sense, you would find characteristics in a male that either allowed you resources for you and your offspring, or showed personality types, or education, or levels of intelligence, that show that this individual was committed to you and committed to raising your offspring,” Whyte says.

But there may be more than biology at play. The theory of “sexual scripts,” for example, holds that in sexual encounters, men and women learn certain sexual behaviors that follow a certain “script” — as if to fulfill a role in a play.

Other research suggests dominant beliefs and practices within a culture can influence the sexual behavior of men and women. That is, we might not be biologically “programmed” to look for certain traits in a partner — our environment may also dictate what is or is not considered desirable and acceptable in a mate.

What's next — If there’s anything to pull out of this work into your dating life, it might be this: Regardless of sex, people look for mates with which they have a lot in common.

“Human beings tend to pick characteristics in a mate that are the same as them,” Whyte says. “It’s said that there's no one uniform theory of mate choice. If there is, that’s it — that pops up in every culture globally, race, religion, education level, age, biology.”

As for the next page of Whyte’s research, he’s looking at jealousy in relationships — and what aspects of the motivation for jealousy matter more to women and men.

“I think looking at human emotion is a great way to think about new ways that we can understand behavior and help people,” Whyte says.

Abstract: Because sexual attraction is a key driver of human mate choice and reproduction, we descriptively assess relative sex differences in the level of attraction individuals expect in the aesthetic, resource, and personality characteristics of potential mates. As a novelty we explore how male and female sexual attractiveness preference changes across age, using a dataset comprising online survey data for over 7,000 respondents across a broad age distribution of individuals between 18 and 65 years. In general, we find that both males and females show similar distribution patterns in their preference responses, with statistically significant sex differences within most of the traits. On average, females rate age, education, intelligence, income, trust, and emotional connection around 9 to 14 points higher than males on our 0–100 scale range. Our relative importance analysis shows greater male priority for attractiveness and physical build, compared to females, relative to all other traits. Using multiple regression analysis, we find a consistent statistical sex difference (males relative to females) that decreases linearly with age for aesthetics, while the opposite is true for resources and personality, with females exhibiting a stronger relative preference, particularly in the younger aged cohort. Exploring non-linearity in sex difference with contour plots for intelligence and attractiveness across age (mediated by age) indicates that sex differences in attractiveness preferences are driven by the male cohort (particularly age 30 to 40) for those who care about the importance of age, while intelligence is driven by females caring relatively more about intelligence for those who see age as very important (age cohort 40 to 55). Overall, many of our results indicate distinct variations within sex at key life stages, which is consistent with theories of selection pressure. Moreover, results also align with theories of parental investment, the gender similarities hypothesis, and mutual mate choice–which speaks to the fact that the broader discipline of evolutionary mate choice research in humans still contains considerable scope for further inquiry towards a unified theory, particularly when exploring sex-difference across age.

More like this
Mind and Body
6.29.2022 6:30 PM
How music makes you feel may depend less on your brain than scientists once thought — study
By Allison Parshall
Mind and Body
6.30.2022 11:00 AM
Male birth control is at our fingertips. Will we ever grasp it?
By Elana Spivack
Mind and Body
6.25.2022 1:00 PM
Why “micro workouts” can have significant mental and physical benefits
By Sam Reiss
Related Tags
Share: