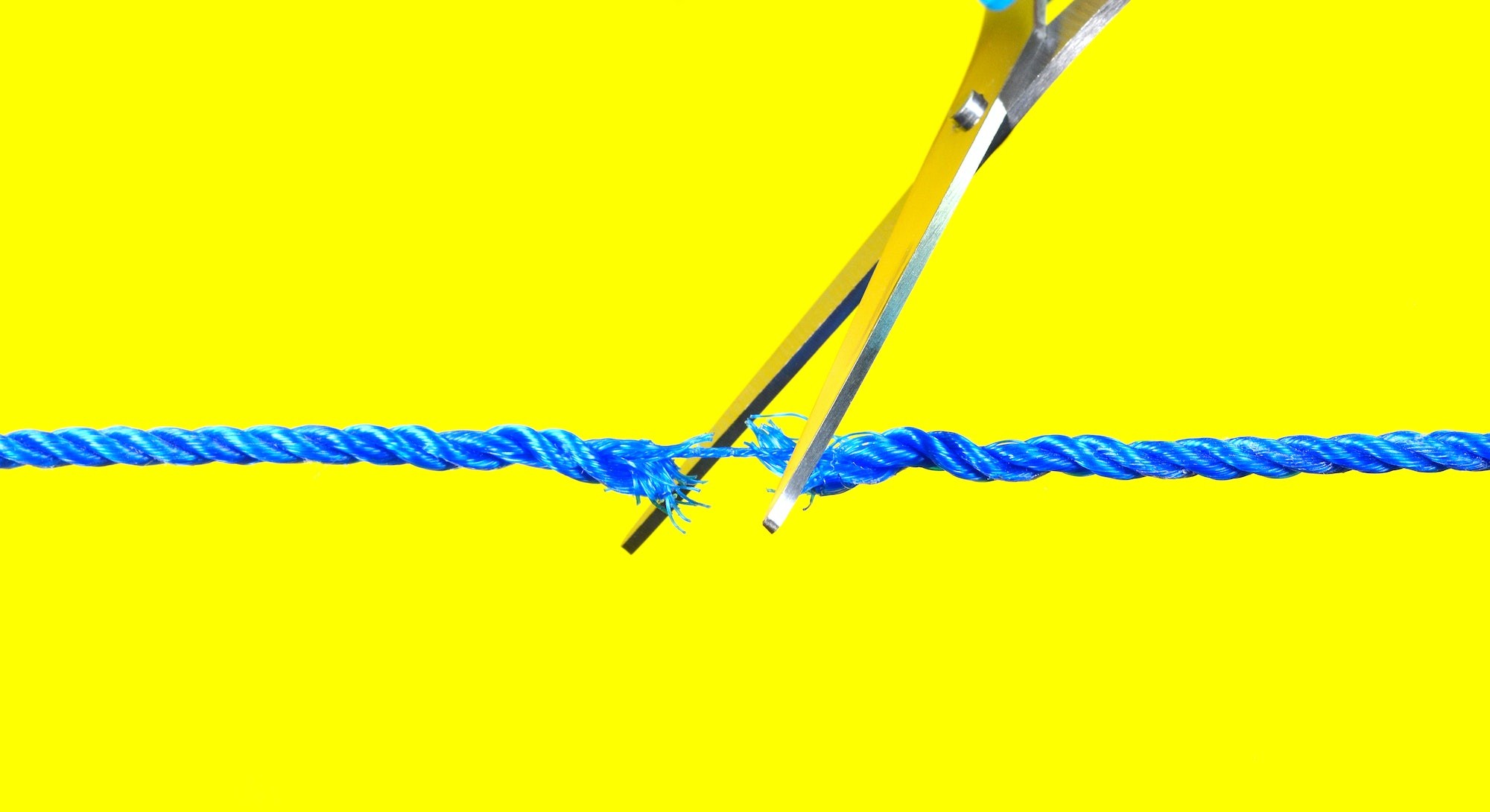 A few weeks ago, after his vasectomy, Ted* “questioned if it would ever get better.”

The 41-year-old was told to expect a 1 to 3-day recovery. Instead, uncomfortable swelling lasted for over a week. The pain soon intermixed with periods of intense anxiety. Ted, who asked to remain anonymous, never realized the recovery process would be so difficult.

“Several times things got so severe that I broke down in a kind of panic,” he tells Inverse. “It was just anxiety — it was always connected, and always beginning, with the physical sensations.”

Michael Stokes, a licensed mental health counselor and certified sex therapist, tells Inverse it’s “perfectly normal” for people who get vasectomies to subsequently experience emotional responses like depression or anxiety after the procedure. These feelings, he says, are usually temporary — men should give themselves time to process these emotions “before the decision and after.”

But while the reaction may be normal, Inverse interviews with a dozen men, as well as the sparse scientific literature available, suggests many men simply don’t know this is something to expect. And while the majority of men are happy with the eventual results, a lack of knowledge and preparation leads to preventable emotional pain.

Inverse also spoke with two mental health professionals and a urologist about how to prepare for the procedure and overcome resulting challenges. Getting a vasectomy is not just a physical process — it can become an issue of mental health.

What are the mental health consequences of getting a vasectomy?

A vasectomy is a surgical procedure in which the tubes that carry sperm are cut or blocked off; this prevents pregnancy.

Mental health consequences vary, but the after-effects can generally be divided into two periods of time: immediately after the vasectomy, and further along in life with the vasectomy. Critically, not every man’s experience is the same.

David Grammer is a licensed marriage and family therapist whose private practice focuses on adolescent and adult men’s mental health. “All of the men I know that have had one were not only excited to get one but very happy once it was completed,” he tells Inverse.

“Doctors need to dispel the expectation that this is a 3-day recovery.”

For Sam*, a 29-year-old in Tennessee, the decision was easy and he’s happy with it. “I don’t have a partner and I know I never want kids,” he tells Inverse. “My only regret is not doing it sooner.”

Brad*, a 41-year-old in Tampa Bay, had a vasectomy when he was 31. He’d had pregnancy scares when he was in his twenties and “wanted to take responsibility for ensuring I didn’t accidentally get a partner pregnant.” He describes it as “the best decision I ever made.”

“Vasectomy lets you and your partner stop worrying about pregnancy, deepen your bond, and focus on having better sex,” he says.

When men do experience negative psychological complications following the procedure, it may be linked to “poor knowledge about the procedure and inadequate preoperative counseling.” This was the conclusion of a 2014 study on post-vasectomy depression, published in the Mental Illness Journal. Similar findings were echoed in a 2018 study on vasectomies and mental health, published in Scientific Reports.

That was certainly the case for a few men Inverse spoke with, including Ted, who says he was never told “what is normal” when it came to his recovery period after his vasectomy. This uncertainty led to his extreme angst.

“Doctors need to dispel the expectation that this is a 3-day recovery,” he says. “They are fairly decent at explaining that chronic pain can happen, but they need to be clear that recovery could easily be one or two weeks to feel 90 percent of yourself.”

Jesse Mills is the fellowship director of the University of California, Los Angeles male reproductive medicine and surgery program, and author of a forthcoming book, A Field Guide to Men's Health: Eat Right, Stay Fit, Sleep Well, and Have Great Sex ―Forever. He agrees urologists need to do better when it comes to explaining the recovery process beyond pain.

He tells Inverse the vast majority of men will be “back to normal activity” within a week. But sometimes, “it may linger longer, sometimes they do have a little bit more swelling or a little more pain.”

Mills agrees that when someone doesn’t think they should be having pain even though they are, it can be emotionally distressing.

“It can be pretty scary when our balls hurt,” he says. “Definitely.”

Questions to ask yourself if you’re considering a vasectomy

Stokes suggests a few questions you should ponder if you’re thinking about having a vasectomy:

Carefully considering these questions before you seek a vasectomy will make you less likely to experience subsequent regret after getting one, Stokes says. What also helps is the pre-vasectomy psychology exam.

Most U.S. states require a psychological assessment prior to getting a vasectomy. Mills says his primary concern when he does these evaluations is making sure there’s informed consent. This can be boiled down to two questions:

1. If you are in a serious relationship, is your partner okay with you getting the procedure?

“It’s a little bit dicey to get a vasectomy without the knowledge of your partner,” he says. “So I do try to corroborate that his partner wants this procedure done.”

2. Conversely, are you getting a vasectomy because you want to, not just because your partner does?

“I'm always more concerned with men that come in saying, ‘I don’t want this procedure done at all, but my wife said she’s never going to sleep with me again unless I do.’” Mills says. “I tell those men, ‘I don’t think this is the right operation for you.’”

Most often, when he sees men who regret getting a vasectomy, it’s because they felt pushed into it by a partner.

“That’s a really important part of pre-procedural counseling, I want to make sure they’re doing it for themselves, with the added benefit of allowing their partner to not have to be on birth control,” Mills explains.

Chronic pain after a vasectomy

In rare cases, the pain accompanying the emotional distress after a vasectomy can be chronic. This is another thing men tell Inverse is under-discussed.

That was the case for Tom*, who had a vasectomy three years ago when he was 35 years old.

“I have what’s called PVPS — post-vasectomy pain syndrome,” he tells Inverse. “It’s essentially nerve damage in my general groin area. It’s pretty consistent and has required me to be referred by my urologist to a pain clinic.”

Reports of how common chronic pain is post-vasectomy vary, but the literature suggests it can be anywhere from 1 to 2 percent of vasectomy patients to 15 percent.

The pain was “literally the most difficult thing I’ve dealt with.”

Before getting his vasectomy, Tom spoke to seven or eight people.

“For the most part they said it was relatively painless and it was a good decision,” Tom says. However, the persistent pain he’s experienced since getting his own vasectomy has been “literally the most difficult thing I’ve dealt with.”

What would he tell other men thinking about getting the procedure? “It’s a very low-risk procedure but there’s a small chance of complications,” Tom says. “They need to be sure of their own personal reasons behind it.”

For his part, Mills says he performs thousands of vasectomies every year, but he only performs one or two reversals a year due to the pain the patient experiences. A reversal is the most common treatment for chronic pain.

Yes. Mills says there are three main reasons someone might get their vasectomy reversed:

Matt*, 39, had a reversal for the first reason. He had a vasectomy when he was 29, sure he and his wife didn’t want kids. They later changed their minds and he had a reversal.

Brad prepared for this contingency in a different way. Prior to having the procedure, he froze some of his sperm. Although he was sure he didn’t want kids, having some sperm frozen gave him peace of mind.

“Once they’re in cold storage and you’re snipped, you are in total control of where your sperm end up, no matter whom you might have your penis in,” he says.

The Detox analysis — Ultimately, this is a medically safe, fairly low-risk procedure that the majority of men are happy they had. But there are potential complications that can lead to mental health challenges.

When what you’ve been told will be a simple, low-risk procedure with a fast recovery turns out to be more complicated or painful than you expect, it’s distressing. When that procedure is on a part of the body as emotionally charged as the groin, the response can be heightened.

“It’s incumbent on the person doing the procedure to fully counsel patients of what could happen, and try to not be so nonchalant that guys have a false sense [that they’re going to be], running a marathon the next day,” says Mills.

Stokes recommends people considering the procedure take the time to understand the risks and benefits for themselves, their potential partner, and where they are in their life. If you are thinking about this, talk it through with a partner, a loved one, your doctor, or mental health professional.

“Don’t minimize this experience as something you can’t allow yourself to think about or talk through with someone,” he says. “Voice your concerns and benefits so [you] have support throughout making this decision.”