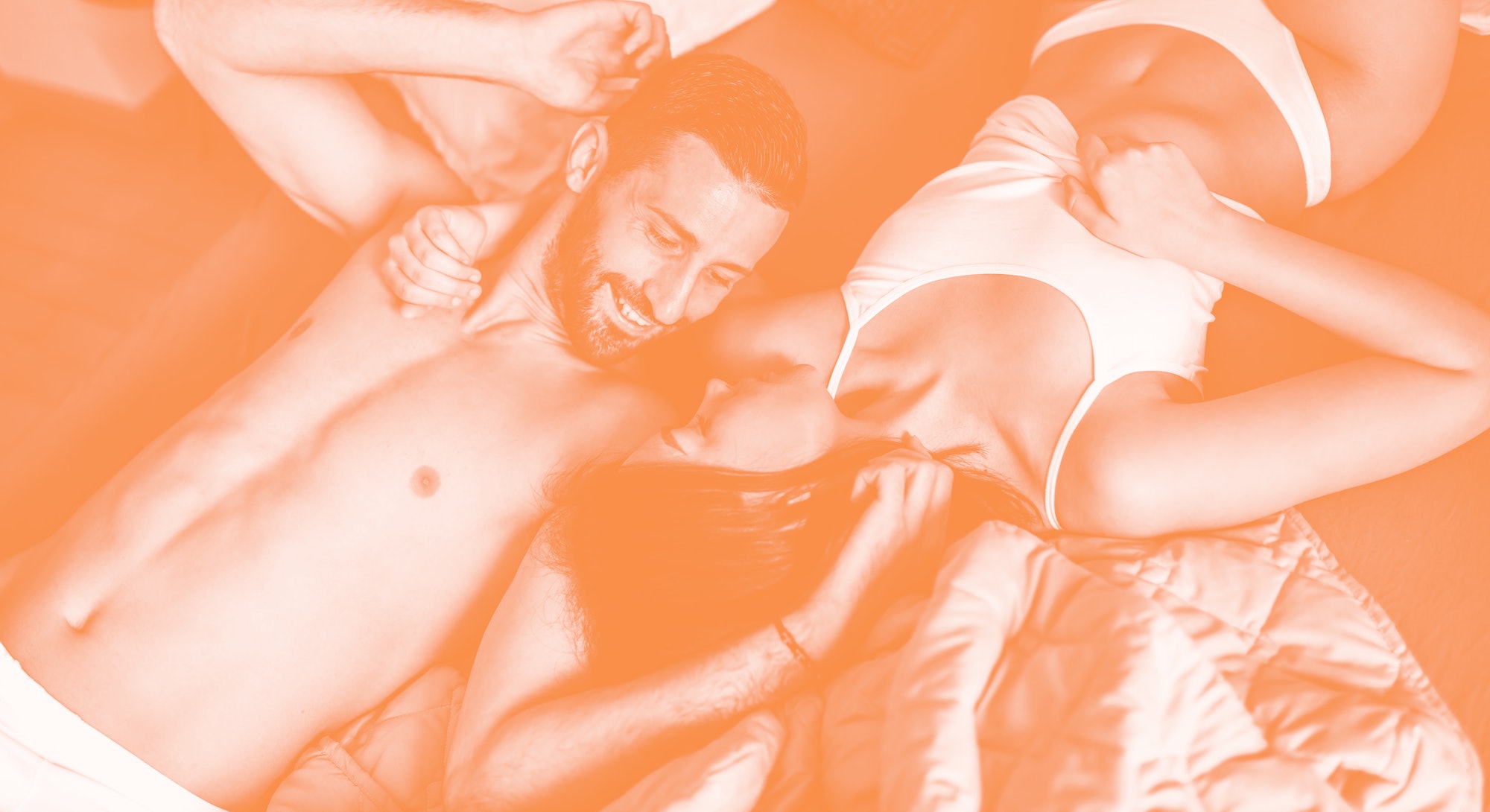 In July 2013, something remarkable happened in Sweden.

The patent on a drug expired. Any company could get to work making a cheaper, more widely available generic version. The price went from $180 to $45.

The drug wasn’t an antidepressant, painkiller, or cancer treatment. It was sildenafil, better known by its brand name: Viagra.

Something else happened around the same time: In men ages 50 to 59, suicides decreased. Researchers determined that after sildenafil became more accessible, 65 fewer suicides occurred each month. After performing statistical analysis, the researchers concluded the trend “could not arise from shared trends or seasonality, biased samples, or reverse causation.” It was, seemingly, the generic Viagra that was contributing to the decline.

The study points to something many know through experience: Mental health and sexual health are connected. Some of those connections are fundamental to physiology; others are psycho-social and, in turn, more complex. But they all matter.

Because there is stigma and taboo associated with sexual dysfunction and mental health, many men aren’t aware of just how much one affects the other. The lack of awareness can make diagnosing either extremely difficult.

“Sexual health is a critical part of our development and identify,” Michael Stokes, a certified sex therapist, tells Inverse. “Sex is a primal biological need and desire; therefore, if a sexual concern arises, this may make the person more inclined to have anxiety or depression.”

The entwining of elements like testosterone levels and antidepressants complicates the situation further — and the chicken-and-egg relationship between sexual health and mental health.

Jesse Mills is a men’s health specialist and director of UCLA’s Urology department at Santa Monica.

“Sexual function is a critical part of who we are as a genome,” Mills tells Inverse. “That’s how we reproduce, so it’s hardwired not only in our prefrontal cortex, which is the part of our brain involved in decision making, but also deeper into our thalamus and hypothalamus.”

The thalamus and hypothalamus are part of the limbic system, affectionately known as the “lizard brain.” The limbic system controls six very important Fs: fight, flight, feeding, fear, freezing up, and, you guessed it, fornication.

“When something is wrong sexually, that almost sets up a panic mode for the rest of your body,” Mills says. “Just as it would if you were hungry or cold.”

Fortunately for humans, we’ve also developed higher cognitive functioning that allows us to decide when, where, and how to do things like eat, drink, and have sex. But our more complex brains also mean that we’re more likely to have mood and anxiety disorders than, say… lizards. Just like our mental health is affected by our basic need for sleep, our sex lives and mental health can often be intertwined.

While premature ejaculation is often fodder for ‘90s sitcoms, it is the most common sexual dysfunction among cisgender males.

While there can be many causes for premature ejaculation, one of the primary causes is anxiety about sexual performance.

A 2014 study found anxiety, social phobia, and marital dissatisfaction (among married men) were strongly associated with premature ejaculation. As with many manifestations of anxiety, this can spiral. The more a person’s anxiety causes an undesired outcome, the more anxious they are about that outcome happening in the future, making it even more likely that it will.

“Anxiety is a major concern” when it comes to sexual dysfunction, Stokes explains. Similarly, depression or other mood disorders can affect both sexual desire and performance.

Complicating factors further is that antidepressants, commonly prescribed for depression and other mood disorders, can themselves affect sexual function.

“These drugs are well-known for their sexual side effects,” Stokes says. “While this can happen, this is not something that happens to everyone.”

For some, especially people whose lack of sex drive is caused by depression, sexual symptoms may resolve with antidepressants. If depression was killing your libido, there’s a chance it will come back when you start feeling better.

But that’s not always the case; sometimes the depression improves, but the sexual side effects of the medication are now responsible for sexual dysfunction.

“Should this happen, you should talk to your primary care and address the side effect of this medication,” Stokes says.

Adding drugs like Viagra to the patient’s treatment can sometimes provide the best of both worlds: the mental relief of an antidepressant that works and a full sexual function to boot.

If the antidepressant is still affecting sexual function, health providers can make other adjustments. It’s a situation Mills observes among his patients.

“Frequently, someone comes in with mild anxiety or depression who has started on an SSRI and all of a sudden they’ve lost their libido, ability to maintain an erection, or have an orgasm,” he says. “That can make depression or anxiety worse.”

When that happens, Mills says, one option is evaluating how necessary the medication is and/or reducing the dose. If the sexual dysfunction is causing more stress than anxiety or depression, a physician might decide to lower the dose or take them off antidepressants entirely.

Changing medication might not be the best option for every man. There are some patients with depression for whom Mills says, “I’m never going to mess with their antidepressants.”

If the antidepressants have been helping someone with moderate to severe depression, he says, clinicians need to take that seriously. If the patient is also experiencing sexual side effects from the medication, Mills stresses there are options beyond removing antidepressants from the equation.

“There are some antidepressants that are a little bit better at preserving sexual function than others,” Mills says.

Stokes says that the critical thing to remember is “there are many treatment options depending on the issue.”

But your doctor can’t help you unless they know what’s going on, so be sure to tell them all the ways the drug is affecting you.

Mills often sees men for sexual dysfunction who are also experiencing symptoms of depression. One of the first things he does is check the patient’s testosterone.

“They just don’t feel right, they don’t feel that same energy, that same drive that they used to have,” Mills says.

Classic signs of depression are also classic signs of low testosterone, Mills explains, experiences like having trouble getting out of bed in the morning or not caring about things that used to be fun.

“If we just normalize their testosterone...”

Mills believes it’s vital that if men are experiencing symptoms of depression, they talk to a mental health professional and a physician specializing in men’s health or sexual health. If the person is on antidepressants to treat those depressive symptoms, it may not help the sexual dysfunction much — especially if the core issue isn’t actually depression.

“It’s a very common occurrence where someone comes to I’ll find somebody that has low testosterone — what we call hypogonadism — and is on antidepressants, and then it comes to me with sexual dysfunction.”

In those cases, Mills says, “if we just normalize their testosterone, whether it’s through improved diet, exercise, and/or medication, then we can a lot of times get them off their antidepressants for sexual function back and then kind of restore them to their factory settings.”

While sexual and mental health is often intimately connected, the taboos and stigmas we have around sex often result in misperceptions about mental disorders and sexual activity.

Talking about your sexual dysfunction can be uncomfortable, Stokes says. So can talking about mental health challenges.

“Cis men typically have a difficult time talking about this,” Stokes says. “I often hear this impacts their masculine identity and admitting to these issues might impact this identity and cause them to feel ‘weak.’ But these are medical issues that impact many men.”

That’s good news. Medical issues mean there are plenty of knowledgeable doctors ready and willing to help you address whatever you’re experiencing so you can get back to living life with all the pleasures involved.