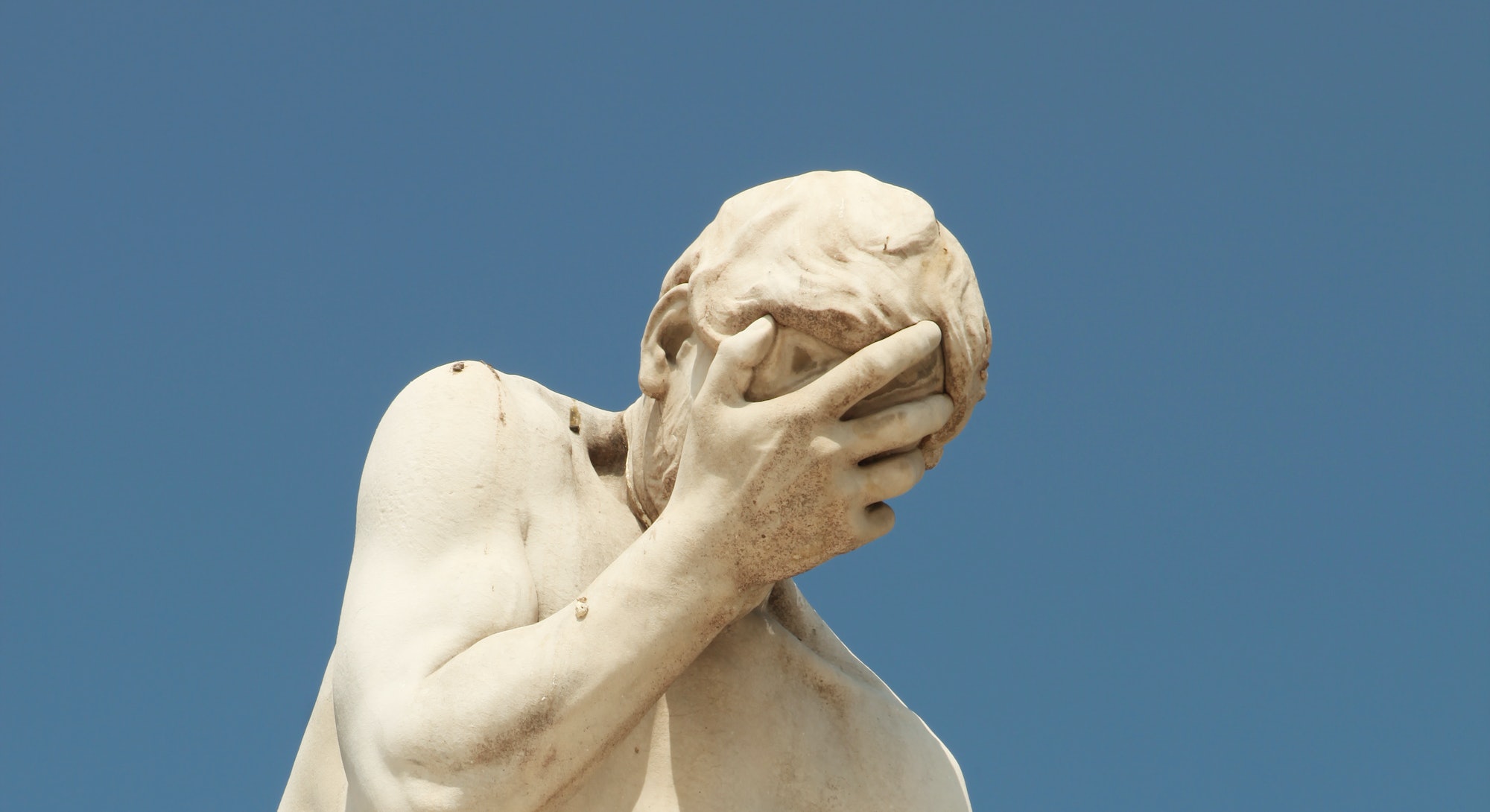 Peter, a 34-year-old man who lives in Oregon, knew this. It’s exactly why he wasn’t sure if he wanted to take the antidepressants his psychiatrist recommended.

“Obviously, I wanted to do something that would help my depression,” Peter tells Inverse. “But I didn’t want to lose my sex life in the process.” (Peter asked not to be named for privacy reasons.)

Seth Norrholm, a translational neuroscientist and expert in stress and trauma disorders, says Peter’s concern is quite common.

“Both scientific journal reports and anecdotal case summaries have identified hesitancy to take antidepressants because of sexual side effects,” Norrhold tells Inverse.

It’s a tough call: Antidepressants can be lifesaving for some people, but many also don’t love the idea of sacrificing their sex life.

If you're questioning what's right for you, consider this: You have options. No one is affected by an antidepressant in exactly the same way, and no one will force you to stick with a treatment that doesn't work. Consider the research and what your body needs.

Here’s the science behind some of the biggest questions you're likely asking.

“I didn’t want to lose my sex life in the process.”

It’s important to know those side effects before taking a new medication, but it’s equally important to understand that not every person will experience every, or even any, side effect. Low libido and difficulty reaching orgasm are possible. But it’s not 100 percent going to happen.

“As with most things in psychiatric intervention, pharmacological and nonpharmacological, how one person responds to a drug compared to another is complicated,” Norrholm says.

It’s difficult to know how common sexual side effects of antidepressants are because some people simply stop taking their medication and others may not want to report the side effects to their doctor.

25 to 50 percent of men report negative sexual side effects

With all those caveats in mind, Norrholm says between 25 to 50 percent of men who take antidepressants report negative sexual side effects.

If you do experience sexual side effects after starting antidepressants, Norrholm says, all is not lost. “There are many antidepressant treatments available as well as patient strategies that can be undertaken to address any emerging side effects,” he says.

What are the sexual side effects of antidepressants for men?

Norrholm says it varies pretty significantly based on the individual, the class of drugs, and the psychiatric disorder being treated.

Again, Norrholm stresses, these won’t happen for everyone. “The effects are very closely associated with dosage and how an individual’s body metabolizes the drug and how quickly and when tolerance to the drug’s side effects occurs,” he says.

And if they do? You’ve got options.

What to do if antidepressants are negatively affecting your sex life

Fortunately, there are a number of options if sexual side effects emerge with antidepressant treatment. Norrholm says these include the following:

Furthermore, antidepressants aren’t the only treatment for depression. If you’re hesitant about medication, try talking to a therapist.

Getting some kind of help for depression is likely to improve your sex life, simply because the side effects of untreated depression are no picnic either.

Which antidepressants are less likely to have side effects?

Norrholm explains that because serotonin plays a role in male sexual activity, SSRIs are more commonly associated with significant sexual side effects. These drugs increase the levels of the neurotransmitter serotonin in the brain by limiting its reabsorption by the brain’s neurons. Increasing serotonin levels, in turn, helps some brains manage depression.

“There is less of a risk of sexual side effects with the older, tricyclic antidepressants as well as with the noradrenaline reuptake inhibitor, reboxetine [“Edronax”], and bupropion [“Wellbutrin”], which acts on noradrenaline and dopamine neurotransmitter activity,” he says.

Norrholm adds that while the precise mechanisms of these side effects are not entirely clear, “there is no question that altering serotonin neurotransmission [as in the treatment of mood and anxiety disorders with antidepressants] can profoundly alter sexual function.”

The sexual side effects of untreated depression

While the possible side effects of antidepressants can be intimidating, not seeking treatment for depression can also be a bummer below the belt.

“Some estimates are close to 70 percent.”

Norrholm says people seeking treatment for major depression often report sexual problems before they are undergoing any type of treatment. “Some estimates are close to 70 percent,” he says. Decreased sex drive is common among people with Major Depressive Disorder because one of its primary symptoms is no longer enjoying activities that used to bring you pleasure.

According to the Johns Hopkins School of Medicine:

“A primary symptom of depression is the inability to enjoy things you normally enjoy, like sex. People with depression also have decreased energy, feel badly about themselves and might view their partners through a negative filter, all of which impacts sex drive.”

Whether it’s because we’re depressed or on antidepressants, the neurotransmitters associated with pleasure are affected. Even though it can be a bummer, it makes sense that sex, which typically brings us pleasure, would be affected by changes in those neurotransmitters.

When he first started taking an SSRI, Peter’s fears were confirmed. Although the medication did seem to help the depression, his sex drive plummeted.

Though he didn’t relish the idea of going back to his doctor and talking about his penis, that’s exactly what he did. His doctor lowered the dose of his antidepressant and within a week or two, his libido was back to normal. Even better, depression-wise, he “didn’t really notice a difference between the higher and lower dose — they both worked well.”

If you’re feeling depressed and considering medication, Norrholm says, the best thing you can do is talk to a doctor, ideally a psychiatrist. “They will be better informed about the available treatment options and tailor the therapy to the specific case,” he says.

If you’re dealing with depression, you don’t have to sacrifice your sex life to get help. There are more options out there than you might think. Talk to a doctor about it. It won’t be the first time they’ve heard this concern.

If you have suggestions for a future Detox column, email katie.macbride [at] inverse [dot] com with “Detox” in the subject line.