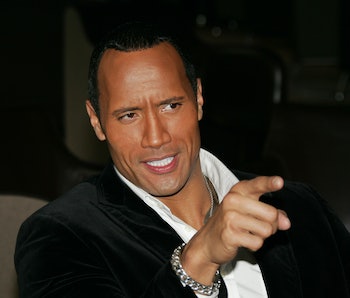 Testosterone occurs naturally in everyone but the hormone is most strongly associated with males. In many ways, this cultural connection makes some biological sense. Males typically produce much more testosterone than do females. And testosterone plays a starring role in male bodies, including fertility, fat distribution, and red blood cell production.

But there is another trait — one not to do so much with biology — that seems to come hand in hand with high testosterone levels in males: higher socioeconomic standing.

This correlation is well documented. It suggests that higher levels of testosterone enhance certain “male” qualities, like aggression or even just a fuller head of hair, which in turn could aid men in the climb up the economic ladder — but a new study says otherwise.

The study’s findings, published Wednesday in the journal Science Advances, are based on data from more than 300,000 people in the United Kingdom. It finds that higher testosterone levels in males correlate with higher socioeconomic status, but there is little evidence to suggest the former actually causes the latter to be true.

The findings contradict the implications of older work to do with this link because the researchers here use a different analysis method that goes one step further than previous studies.

What’s new — At first glance, the research appears to rehash what past studies have found: men with higher levels of testosterone tend to occupy higher socioeconomic positions. But then, the scientists took an extra step. One of the study’s authors, Amanda Hughes, who is also an epidemiologist at the University of Bristol, put it bluntly for Inverse:

“When we applied genetic causal inference methods, there was really very little evidence that there's any meaningful influence of testosterone on those socio-economic outcomes for men or for women.”

In turn, Hughes says other analysis methods might actually be picking up on a different slant to the relationship: that one’s environment might affect testosterone levels.

It’s a classic case of nature vs. nurture. And here, there is no clear winner.

Why it matters — This study starts to pull apart a tenuous relationship between testosterone in men and conventional measures of success, which are also based on masculine tropes.

Ultimately, it confirms that while testosterone may influence some aspects of maleness, one’s environment can have just as strong an influence on how your life will turn out in terms of economics and social hierarchies, explains Harvard University biologist Carole Hooven. She was not involved in this study.

“While sex differences in [testosterone] levels may explain large differences in behavior and preferences,” Hooven tells Inverse, “mostly related to sex and aggression, the scientific literature tends not to support relationships between the normal variation of [testosterone] within men within the healthy, normal range and behaviors and preferences related to things like economic decisions.”

“It points to the importance of other probably social factors that are more important to explaining the relative social position of men,” Hughes says.

Digging into the details — The team analyzed genetic and demographic data from 306,248 participants. They accounted for social factors such as income, employment status, education level, body mass index, risk-taking behavior, and more.

“There seems to be quite a lot of circumstantial evidence for a link between these two things that are interesting,” Hughes says. “But no one knew whether it was causal or not.”

Multivariable-adjusted estimates could include any observable data. So age, for example, is easy to define. But dietary history is more difficult. Essentially, any factors — even seemingly unrelated ones — could impact the outcome. If you don’t take those factors into account in your model, you could be working with incomplete or misleading data.

After they applied their analysis method, the results spoke for themselves, Hughes says.

“Testosterone really didn’t seem to be an important factor in explaining one man’s socioeconomic position as opposed to another’s,” Hughes explains.

Essentially, testosterone levels are arbitrary when it comes to one’s economic standing — as arbitrary as whether one smokes or one’s height.

What’s next — The next step in this research is to better examine testosterone in females. Hughes says that the relationship between testosterone levels in females and socioeconomic standing is far less clear than it seems to be for males included in the study.

She’d like to see more future studies include larger numbers of women to try and tease out this information.

“This is demythologizing the idea that testosterone is really important in all these social ways, and maybe it just isn't,” Hughes says.

The link between high testosterone levels and traditional notions of masculinity is well-established in the cultural conscience, but increasingly the research suggests testosterone is not to do with the main determinants of one’s success.

Abstract: Men with more advantaged socioeconomic position (SEP) have been observed to have higher levels of testosterone. It is unclear whether these associations arise because testosterone has a causal impact on SEP. In 306,248 participants of UK Biobank, we performed sex-stratified genome-wide association analysis to identify genetic variants associated with testosterone. Using the identified variants, we performed Mendelian randomization analysis of the influence of testosterone on socioeconomic position, including income, employment status, neighborhood-level deprivation, and educational qualifications; on health, including self-rated health and body mass index; and on risk-taking behavior. We found little evidence that testosterone affected socioeconomic position, health, or risk-taking. Our results therefore suggest that it is unlikely that testosterone meaningfully affects these outcomes in men or women. Differences between Mendelian randomization and multivariable-adjusted estimates suggest that previously reported associations with socioeconomic position and health may be due to residual confounding or reverse causation.

More like this
Mind and Body
Jan. 21, 2023
Procrastination study suggests a link to shoulder pain, bad sleep, and more
By Eva Skillgate, Alexander Rozental, Fred Johansson and The Conversation
Mind and Body
Jan. 23, 2023
Can spicy food boost our gut health? Here's what the science says
By Katie MacBride
Science
Jan. 29, 2023
Are coyotes dangerous to dogs and cats? Here’s how to keep your pets safe
By Tara Yarlagadda
LEARN SOMETHING NEW EVERY DAY.
Related Tags
Share: