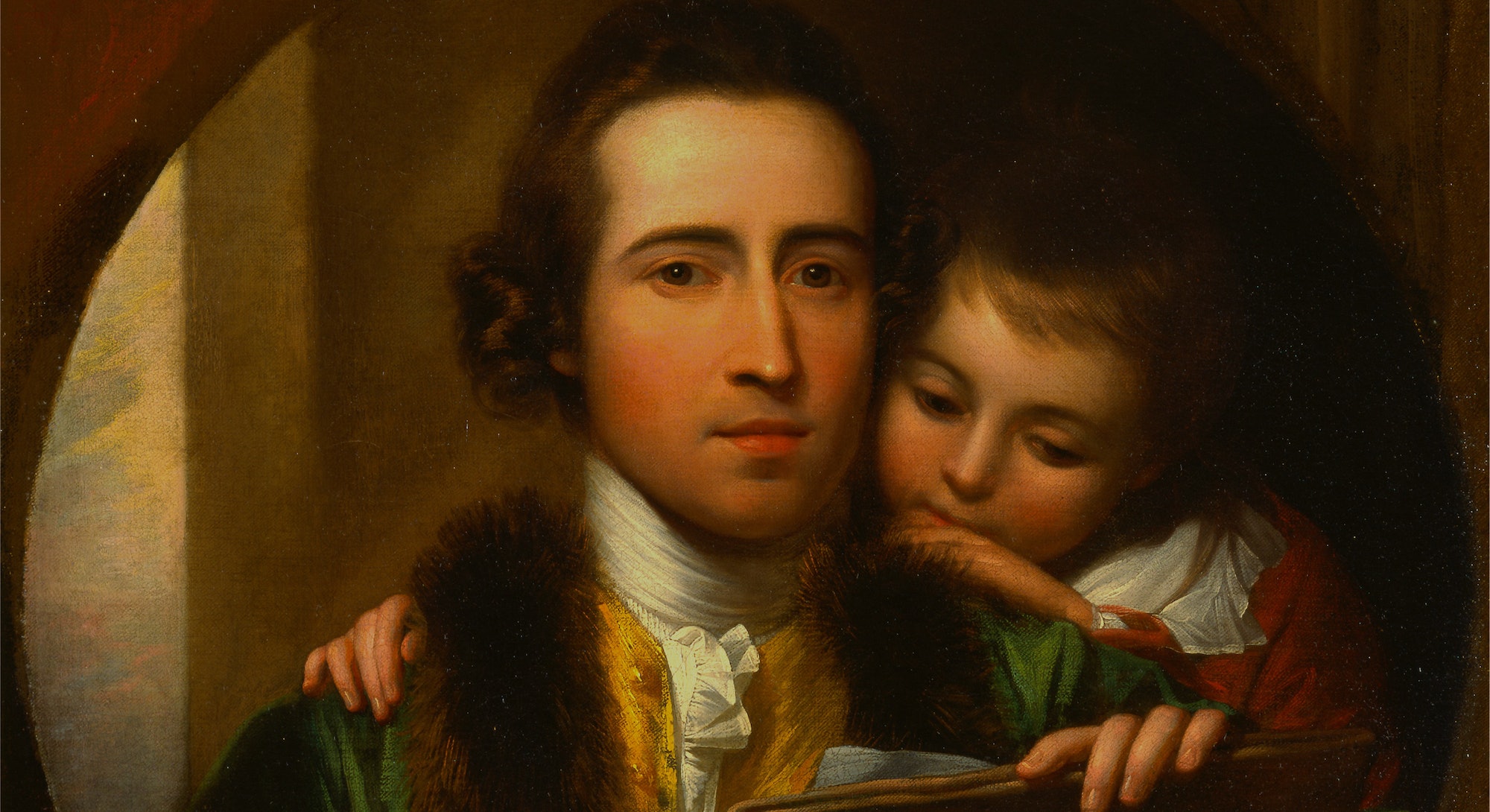 For the first six months after his son came home from the Neonatal Intensive Care Unit, Peter* was angry.

“When I got up with him in the middle of the night, I would say terrible, terrible things to the baby because I wanted my husband to hear them,” he tells Inverse about the first nights with their newly adopted baby.

“I was revolting,” Peter says. Frustratingly, he didn’t know of anybody else in his position who felt the same.

“My husband was great [with the baby],” Peter, a 30-something in Georgia, says. “I remember my mother-in-law playing with the baby and making him laugh and thinking, Peter, you’ve never done that.”

He didn’t know it at the time, but he was dealing with postpartum depression (PPD).

“I didn’t even know that a man could get it, much less adoptive parents,” he says. “For six months, the possibility never entered my mind.”

Jason,* a 40-something in the D.C. area who developed postpartum depression and anxiety after the birth of his daughter, agrees.

“There’s no coverage of this,” he says. “There’s no one to talk to. Mental health among men is already stigmatized. But to have postpartum depression is a bridge too far for a lot of people.”

While mental health resources about postpartum depression often speak exclusively to women, research reflects a more nuanced reality. Studies suggest that ten percent of fathers will experience perinatal anxiety or perinatal depression. The rate of depression in fathers increases to 26 percent during the three- to six-month period after the baby's arrival.

Daniel Singley, a psychologist, and Postpartum Support International board member, tells Inverse those numbers are even higher when the other parent develops postpartum depression.

“One in two dads develop postpartum depression when their partner also develops it,” he says. “That’s 50 percent, which is staggering from a public mental health perspective.”

These numbers have real consequences on the health of paternal relationships, both with their partner and how well a father bonds with his child.

Too often, stigma or just a plain lack of awareness about perinatal depression and anxiety stop men from seeking help. For the health of everyone, that needs to change, Singley says.

Here’s what you need to know about postpartum depression in men — how to identify it, and how to treat it.

Can men get postpartum depression?

One of the reasons postpartum depression is associated with women is because the person giving birth experiences distinct hormonal changes. Those fluctuations can contribute to developing mood disorders.

However, hormonal shifts are not exclusive to the mother.

He adds: “It’s a mistake for anyone to say this is a purely hormonal phenomenon. There’s a lot more going on.”

For any gender, the rates of perinatal mood disorders are highest in poor and middle-income countries where access to mental health care and other support systems are limited.

“The experience of perinatal mental health is very much a biological, psychological, social, and anthropological issue,” Singley says. It’s not a matter of sex.

Myriad factors can contribute to perinatal mood disorders. Parents are losing sleep. Their relationship is changing. They may not have access to mental health care or be home with the baby. All of these can stress parents and result in mood disorders.

“Not once was my husband asked these questions.”

People who have a history of mood or anxiety disorders have an increased risk of developing them during the perinatal period, says Singley, who experienced a difficult birth.

Peter feels like the stress of his son’s birth primed him for the depressive period that followed.

“He was in the NICU for a month,” Peter explains. “By the time he got home, we had already been through the wringer.”

Unfortunately, screening for paternal perinatal mood disorders is still lacking. In an essay about her husband’s postpartum depression, Aubrey Hirsch explains that by the time her son was two weeks old, she’d been screened for postpartum depression no less than six times.

“Not once was my husband asked these questions,” she writes.

Although they’re often lumped together, it’s important to distinguish between perinatal depression and perinatal anxiety because they can manifest quite differently.

What is Perinatal Depression?

Peter’s anger may not have reflected the classic symptoms of depression, but Singley says that depression in men often manifests as anger, irritability, and/or aggressiveness. Other symptoms can include:

What is Perinatal anxiety?

The symptoms of perinatal anxiety can include:

It’s natural for new parents, especially first-time parents, to feel anxiety and have mood swings. Still, Singley says it comes down to how the emotions are affecting your ability to function.

“Maybe [a dad] is experiencing hyperarousal, so he’s staying up all night playing video games. Then, he’s too tired and moody to help with the baby. That’s the functionality aspect. And eventually, it starts having downstream impacts on the relationship.”

Melanie Badali, a registered psychologist and Anxiety Canada board member, adds: “My rule of thumb is, if you are wondering whether you might need some help and/or if someone has suggested to you that you could benefit from some help, then it is time to seek help. If anxiety or mood are causing distress or creating problems in daily life, then fathers may need some help.”

Badali says the Edinburgh Perinatal/Postnatal Depression Scale (EPDS) is a popular screening tool. You can get an idea of questions that could be routinely asked if perinatal anxiety and depression were included in perinatal family care.

If you are experiencing perinatal depression or anxiety...

Like many other mental health issues, the first step is recognizing what’s happening.

Singley often says someone else will point out what’s happening before the father realizes it.

For Peter, that realization came when his husband sent him Aubrey Hirsch’s essay about her husband’s PPD.

“It was literally like reading about myself,” he says.

Once he understood what was happening, he went to his therapist and was formally assessed for postpartum depression. He also started a very low dose of antidepressants, which he says helped quickly and immensely.

“It was so fast that my therapist said it might be a placebo effect,” he says. “I was like, ‘I will take it.’”

Jason also sought therapy and started medication, but he says he knows that not everyone can do that. Talking to someone is important, though, even if it’s not a therapist.

A month or so after his daughter was born, Jason was going through a particularly rough patch. He reached out to a college friend who had kids a bit older than his daughter.

“I don't remember why it felt like I could reach out to him. Maybe because it wasn’t a more recent friend or someone too close,” he says. “But he said something that sounds brutal but actually comforted me.

“He reminded me that this is something I wanted.”

Jason says that reminder grounded him. It also helped to hear about how hard it was for someone else after their kids were born.

The Postpartum Support International website also has resources for men and women and a directory of mental health professionals who specialize in perinatal mental health, Singley adds.

Jason says his biggest piece of advice is to be aware of perinatal mental health before your child is born.

“Be watching for the signs and if you notice them, act on it,” he says. “Know that you’re not alone, that there is an increasing number of men who are talking about it. Know that you’re not doing anything wrong. You might need to talk to somebody who can help you process how you’re feeling.”