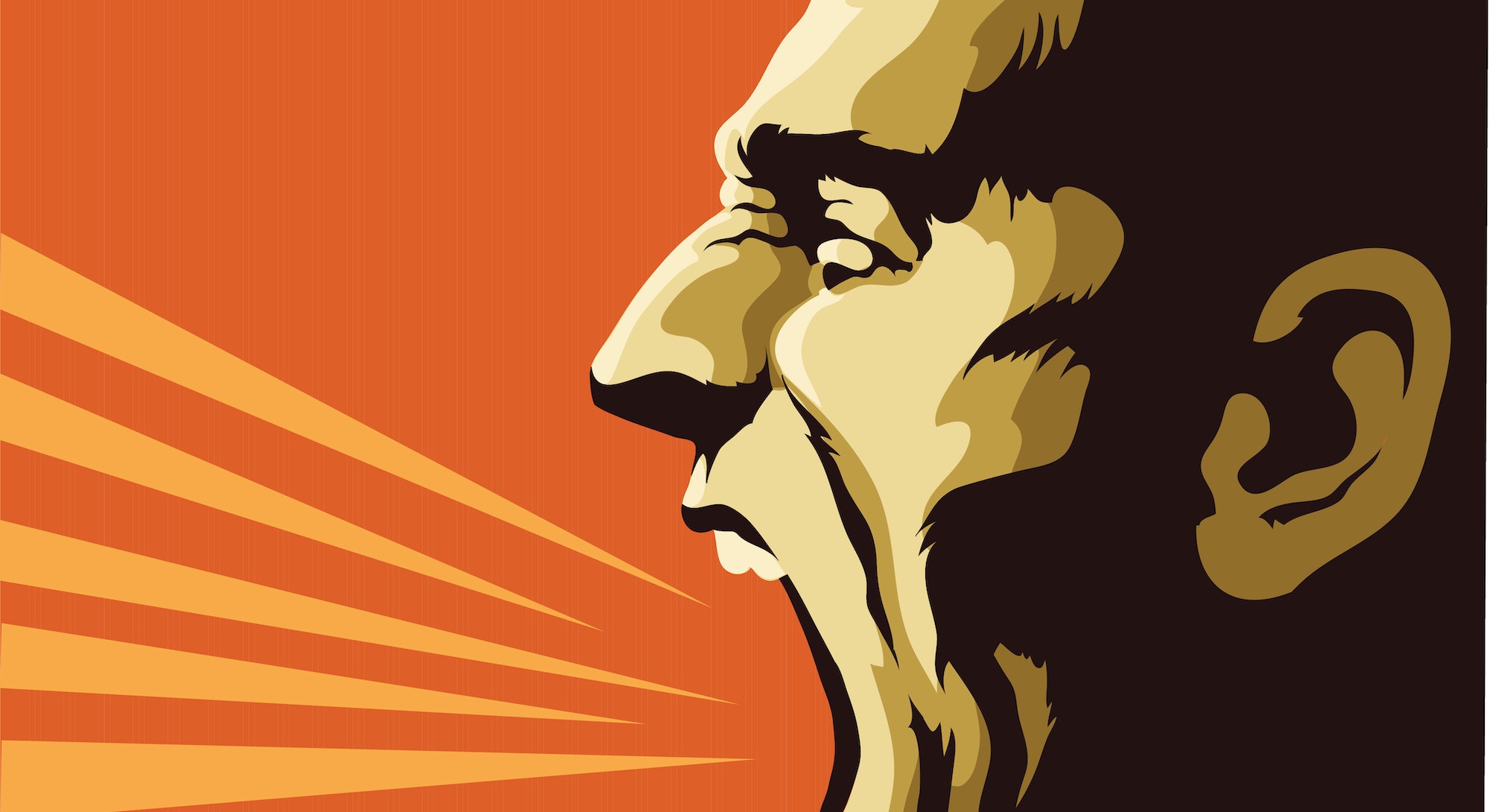 Tim Stolinksi was in his late 20s the first time he thought his anger might be a problem.

“I was having lots of outbursts, shouting, generally being the guy that you didn’t want to be around,” he tells Inverse.

The now 37-year-old Army veteran says he eventually realized that when he couldn’t emotionally control himself he “was pushing away people I cared about, like my family.” The more he pushed people away, the more depressed and angry he became.

Everyone experiences anger. But experts say that men are more likely to channel that anger into aggression — be it violence or violent outbursts. That outward aggression can have a dramatic negative effect on a person’s life and relationships.

Experts say anger — that force that can drive violence, push away loved ones, and make it generally difficult to live — is common. It’s also fixable. The first step is being able to identify it as a mental health condition that would benefit from treatment, just like other mental health disorders.

Emil Coccaro, a psychiatrist and researcher at Ohio State University Wexner Medical Center, understands that there is a stigma.

“People will be empathetic if you have depression or anxiety,” he tells Inverse. “No one wants to go out there and say, ‘yeah, I scream at people and beat them up.’”

Can anger make you sick?

The question of why you should curb your anger may seem reductive, but it’s one worth exploring. Anger is more than a feeling. Anger can very literally change your life.

Thomas Harbin, a clinical psychologist and author of the book Beyond Anger: A Guide for Men, tells Inverse that in addition to anger potentially being dangerous for the people around you, it’s pretty terrible for your own health.

“The magnitude of the physiological changes are proportional to the magnitude of the anger, but the body changes blood distribution, getting a person ready to fight or to run away,” Harbin says. “That can be adaptive in the short run, you get all this blood going to your muscles and so forth.”

But in the long run, being chronically activated causes your tissues to break down.

Of course, not all anger leads to shouting, aggression, or ultimately heart disease. So if anger is an inevitable part of our lives, how can you determine what’s healthy anger and what’s destructive?

What’s the difference between adaptive and destructive anger?

The most serious sign of destructive anger is “hurting yourself, somebody else, pets, or property,” Harbin says.

Other signs of destructive anger are:

If, on the other hand, you’re using your anger to “write Pulitzer Prize-winning articles or crusading for civil rights,” Harbin says, “we would say that’s an adaptive expression of anger.”

Is anger a mental health issue?

Stolinksi’s anger wasn’t adaptive. He had gone to therapy for a brief period of time in his late 20s but stopped when he moved shortly thereafter. Then, about six years ago, things changed.

“I had a really, really bad argument with my wife,” he says. “It finally made me realize I needed to get back in touch [with a therapist].”

“It finally made me realize I needed to get back in touch [with a therapist].”

He reached out to a Veterans Affairs Vet Center in his area and has been working with a therapist ever since.

Stolinksi says his life and relationships have vastly improved as a result of therapy. Not only is it useful to have an objective person who understands psychology to talk through issues with, but learning about how the body responds to anger has been helpful in “identifying and understanding how different stimuli can trigger some of those fight or flight responses,” he says.

What are the triggers of anger?

Understanding those triggers is crucial to regaining control over one’s emotions, says Coccaro, the psychiatrist. When someone blows up, it can seem to an outside observer, or even the person themselves, that their reaction came out of nowhere. But “it doesn’t come from nowhere,” he says.

Coccaro will ask clients, “‘Think about, you know, the last time you got angry, think about everything that happened. What was the environment, what did you feel in your body? Those are clues.”

If you struggle with angler, Coccaro suggests a simple but effective tool for helping yourself calm down in the moment:

“Count to ten in your head. Maybe you need to excuse yourself and go somewhere else. Sit alone and take deep breaths.”

What you don’t want to do, is to refuse to deal with your anger or try to convince yourself it’s not a problem, say the experts Inverse spoke to.

“What was the environment, what did you feel in your body?”

Stolinksi agrees while being empathetic to why one would avoid therapy. “I understand the aversion to therapy,” he says. “It's tough. It's hard to make those first couple of steps. It's annoying to have to go through a few different therapists until you find one you click with.”

And once you get there, talking about your feelings can be challenging. But it’s necessary for change.

“There are certain things you need to do in order to take care of yourself,” Stolinksi says. “The emotional boils that fester, they're no less a cancer than a tumor.”

In men, that emotional boil often manifests in aggressive ways that damage relationships and leave a guy feeling alienated and even more frustrated than before. Fortunately, our responses to stimuli aren’t set in stone. Just as is the case with other health risks, with the right treatment, those habits can change — improving a man’s health, life, and the lives of the people around him.

Resources for therapy and controlling anger:

Psychology Today’s Find a Therapist website lets you search for therapists in your area by insurance and see if they offer a sliding scale.

GoodTherapy.org also lets you search for therapists in your area and by sliding scale.

The Substance Abuse and Mental Health Services Administration website can help you look up treatment options for mental health and substance use issues.