Sleep and intermittent fasting: Here's how science explains it 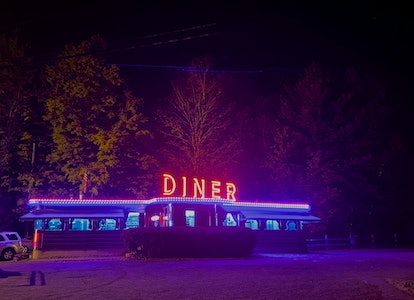 Glowing endorsements of the benefits of intermittent fasting for sleep are tantalizing for the poorly rested, to say the least.

A quick Google will serve up the accounts of intermittent fasting devotees who claim the practice quelled their insomnia and more.

But there are perhaps just as many comments suggesting the opposite:

“It seems like I just don’t get tired. I am doing more than before and not getting as tired as before,” writes one user on the Reddit subreddit r/Fasting.

Just like the mixed experiences of people who fast, the science on fasting and sleep isn’t straightforward. What is clear is that how we eat and how we sleep are intertwined — and if you fast, there are some profound effects you need to know about on the biology governing sleep.

What happens when we sleep — The mysterious journey our bodies and brains take to the Land of Nod after closing our eyes at night is referred to by scientists as “sleep architecture.”

Human sleep charts look a little like blocks of skyscrapers — sleep is cyclical, and as we drift we move through certain stages:

Thing is, why we sleep and the precise biological mechanisms governing sleep and dreams are not fully understood — which makes picking apart how intermittent fasting might affect sleep quality difficult to do.

What intermittent fasting does to the body — If you refrain from eating for long enough, your body eventually switches energy sources. Instead of carbohydrates taken in through food being broken down for energy, our bodies begin to use stored lipids or fats. These lipids then break down into ketones. This process — known as ketosis — is credited by some as having various benefits, from boosting heart health to lowering cholesterol. Interestingly, the same process can occur during the night, when technically, you are fasting.

According to Krista Varady, a professor of nutrition at the University of Illinois, Chicago who has studied intermittent fasting for the last 15 years, the time it takes to enter ketosis can vary person by person.

Some studies suggest that the body makes this switch at a certain time at night and that the times that you eat during the day can alter that process. So rather than consider fasting and sleep, it may be more useful to consider what time you eat and the effect on sleep.

In a 2020 study published in the journal PLOS Biology, researchers measured the metabolism of six people who followed two different eating schedules — one which skipped breakfast but featured an equivalently nutritious late-night snack, and another that included breakfast and an early dinner, with no food after 5:45 p.m. The participants followed the eating schedules while under controlled lab conditions inside oxygen chambers to give as accurate a picture of their metabolism as possible.

Both schedules featured three meals, but when the timing of these meals was shifted later into the night, the participants used fewer lipids as energy overnight — in other words, they burned less fat. Importantly, whether or not this affected the quality of their sleep isn’t clear, however.

Does hunger interfere with sleep? — Our body does regulate appetite to some degree while we sleep. The hormone leptin increases overnight as we sleep — it’s the same hormone that makes us feel full. So even if you experience hunger while intermittent fasting, that hunger could dissipate overnight as a result of increased leptin.

Carl Johnson is the senior author of the 2020 study referenced above and a professor of biological sciences, molecular physiology, and biophysics at Vanderbilt University.

“If you’ve been fasting since 7 p.m. or 8 p.m., versus eating a meal or eating a snack just before you go to bed, because sleep inhibits the appetite situation, you’re in kind of the same boat as far as sleep is concerned,” he tells Inverse.

Intermittent fasting and sleep quality — There are very few studies on fasting and the quality or duration of sleep in humans. And what little research there is provides scant evidence of any profound effect of fasting on sleep or vice versa.

Varady is one of the few scientists who has conducted trials involving human participants to try and tease apart the link — if any — between sleep quality and fasting. She was motivated initially by her concern that some of the participants in her early fasting studies may have negative sleep side effects as a result of the eating practice. Luckily, that hasn’t borne out.

Thus far, Varady’s work shows that intermittent fasting — including alternate-day fasting and time-restricted eating (where eating is restricted to a window of time each day) — doesn’t have much of an effect on sleep.

“From the studies that we've done — and there have been just one or two other studies that we know of — there’s basically no effect on sleep quality or duration,” Varady says.

In one study, Varady and her colleagues looked at the effects of alternate-day fasting and a low-carb diet on sleep. The participants, 31 middle-aged women who were also obese, saw little change in their sleep overall. Sleep quality was evaluated using a standardized measure, which took sleep quality, time spent asleep, and bedtimes into account. Over the course of the study, the participants’ scores improved slightly, but not significantly — Varady says very few participants actually reported a noticeable change in their sleep quality, too.

Another study on the effects of the 16:8 fasting schedule — a 16-hour fast with an 8-hour “feeding” window — had similar results. Participants who had reported poor sleep before the study didn’t see a significant boost in their sleep quality as a result of intermittent fasting, although there were marginal improvements.

Varady suspects scientists might see quite different outcomes among participants experiencing insomnia or other sleep problems.

“Weight loss has been shown to help people sleep better if they lose more than 5 percent of their body weight,” she says. “One of the reasons that we started even testing sleep is because we knew that weight loss had benefits for it.”

In another study that used a smartphone app to help participants stick to a 10-hour eating window, the fasters’ self-reported sleep quality did improve significantly — as did their reported energy levels. But the measures of sleep quality used in this study are not entirely comprehensive or as reliable as those used in some other studies.

But here’s the good news — so far, there is little to no evidence in the scientific literature of intermittent fasting causing negative effects on sleep quality. And in some cases, Varady notes, participants who said they had acid reflux had an easier time falling asleep if they had had their last meal earlier in the day.

“On the bright side, sleep quality and duration don’t get worse with fasting before bedtime,” Varady says. But ultimately, “more studies with bigger sample sizes are definitely needed,” she says to know for sure.

Intermittent fasting isn’t for everyone, and it’s always good to consult with a doctor before making lifestyle and diet changes.

More like this
Mind and Body
8.3.2022 1:35 PM
Is collagen worth taking? Scientists reveal the ideal method for building the protein
By Katie MacBride
Mind and Body
7.31.2022 2:00 PM
Four science-backed methods to feel less tired during the day
By Sarah Sloat
Mind and Body
8.7.2022 10:00 AM
Nordic Diet vs. Mediterranean Diet: The health benefits of eating like a Viking, explained
By Duane Mellor, Ekavi Georgousopoulou and The Conversation
Related Tags
Share: