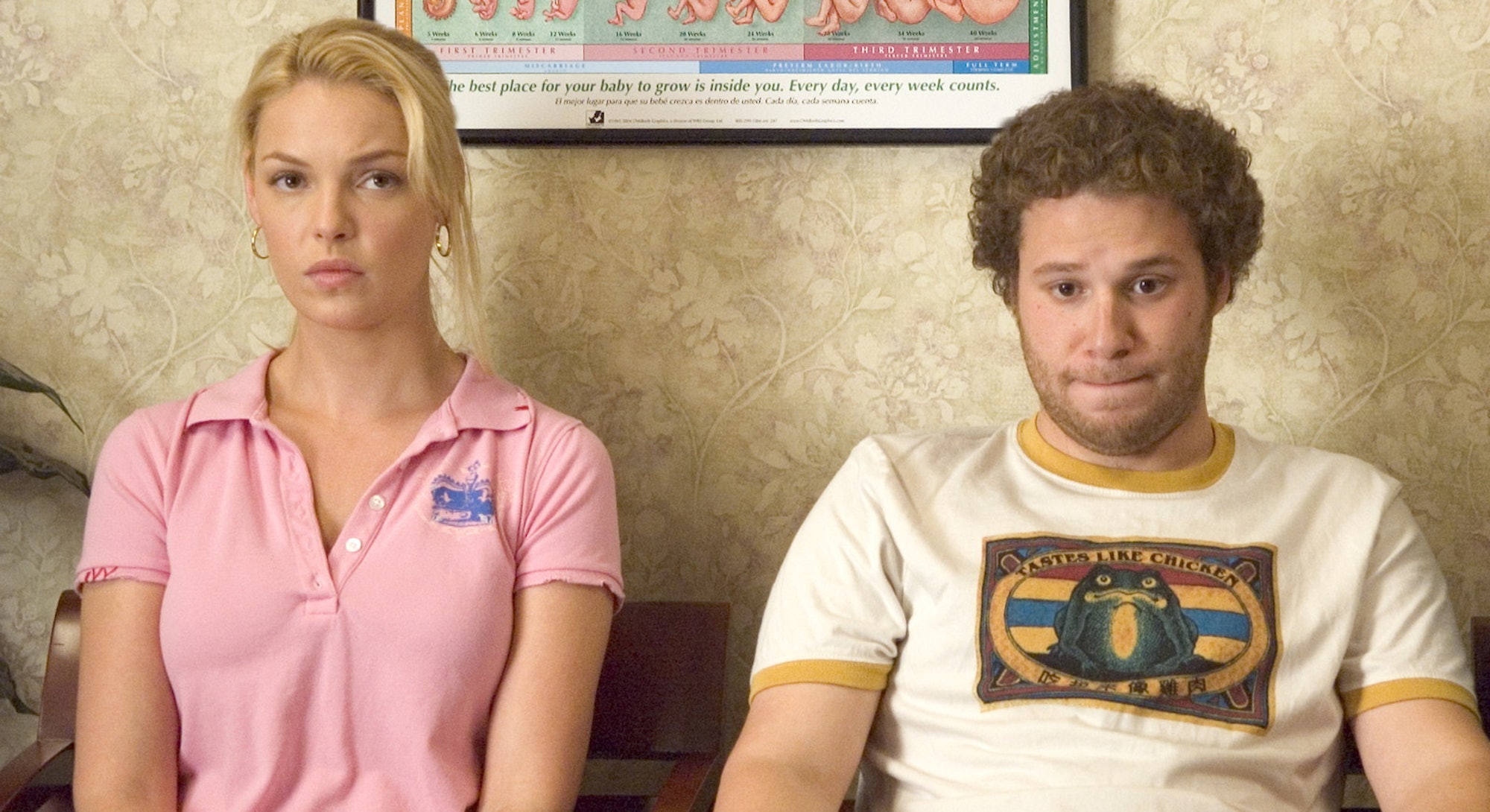 In the 1947 classic short film, So You’re Going to Be a Father, the dad-to-be becomes an emotional wreck after his wife tells him she’s pregnant. The anguish is played up for comedy, but through a modern lens, it’s anything but.

Something similar happened 60 years later in another classic movie, Knocked Up. After learning he’s becoming a father, Seth Rogen’s character chortles back with an immediate, “Fuck off.” (Unlike Joe, Seth eventually figures fatherhood out. Sort of.)

We see this dynamic play out in the real world, too. For example, men are told they have two options: be a dad, or be an unwilling dad.

“Having children really is important to men in our culture.”

Dan Cassino, a professor at Fairleigh Dickinson University who studies masculinity, tells Inverse that while men don’t face as much societal pressure to become parents as do women, “having children really is important to men in our culture.”

Cassino says that when men have children, it’s seen in the cultural consciousness as an exhibition of positive masculinity.

“It’s a concrete sign that you’re a good provider and a good protector,” Cassino says. “It’s also a display of heterosexuality.”

Traditional ideas of the family — a providing father and nurturing mother — shape cultural norms that create pressure to talk about having children.

“I grew up under the impression that having children was just something you did eventually,” Dustin Jones, a 31-year-old who lives in British Columbia, tells Inverse.

There’s no magic checklist that can tell you if you should become a father. But there are important questions to consider that can help you decide.

How to decide if you want to be a father

Dwight Zach Smith, a psychiatrist at New England Psychiatric Consultants tells Inverse it’s important for someone making this kind of decision to really examine the motivations behind it.

“The first thing you might want to ask yourself is why you want to have children,” Smith says.

There are many great reasons to have kids, Smith adds, but there are also some pretty bad ones. Because there are so many other factors at play, it’s impossible to say there’s one reason you definitely should or shouldn’t have children, he says.

But if you answer yes to any of the following questions, you might want to think over the decision a bit more before starting a family, he advises.

Smith says there are many good reasons for having children, too. Someone considering whether or not to become a father might want to ask themselves the following:

You certainly don’t have to answer ‘yes’ to all of those questions to be perfectly happy having children. But if you are in the right position to have children, you probably can answer ‘yes’ to at least one of them.

The pros and cons of fatherhood

While writing this story, Inverse spoke to several men who, like Jones, say they feel social pressure to have kids, even though they aren’t sure where exactly that pressure is coming from. In Jones’ case, after his first long-term girlfriend said she was staunchly opposed to having children, he realized not becoming a dad was a real option for him.

“We dated for eight years, and the idea of having kids was something neither of us wanted, and I was happy for it,” he says. “When we eventually split, I maintained that stance and let people I was seeing know it early on to avoid any let down later on in the relationship.”

Gabriel Aikins, 28, says he internally debated the idea of having children for a time when he saw his friends who had kids and how deeply they loved them.

He also thought about having a kid to “carry on his name.”

“But really what tipped it for me is that I just figured out I’m selfish. I’m not ashamed of it at all, it’s just how I am. I like spending my money on the things I’m interested in. I like my free time to be all mine to pursue what I want. I like making the food I want to make and watching what I want to watch. If I have a kid, all of that goes out the window. So I’m not going to. I’m sure enough to the point that once I save up for it I’m planning on having a vasectomy.”

A.R. is another man who has decided against children. He describes himself as “an outlier among Indian men of a certain age” because he doesn’t have children and he’s over 40 years old.

“To most people,” he tells Inverse, “strangers, as well as family and friends, it must seem like the consequence of not meeting the right woman at the right time.” But for A.R., who asked not to use his full name for the sake of privacy, the real reason for his choice is much more personal.

“My brother suffers from schizophrenia and is now homeless because he refuses to take his meds,” A.R. explains, “and there’s nothing we can do about it.”

Schizophrenia does have a genetic component, though the chances of passing it on to a new generation are higher if a parent has the condition than an uncle or aunt (the likelihood is 13 percent and 3 percent, respectively). Still, A.R. says, “the thought of putting anyone else I love — least of all someone I bring into the world — through that kind of unraveling stops me in my tracks every damn time that kids come up in conversation.”

“I hate to see people diss men for being selfish Peter Pans ...”

Even though A.R. is quite clear that children aren’t something he wants for his life, he frequently feels judged.

“I hate to see people diss men for being selfish Peter Pans and not following love-marriage-children tradition because at least some of us are conscientiously opting out of that last part,” he says.

Deciding to have kids may or may not be an easy decision for you to make. Whatever factors you consider, Smith says, “be very mindful of your state of mind, environment, and be aware of the other influences that can affect your thought.”

In other words, try to block out the noise of societal pressures or how you think you should feel and try to focus on what feels right for you and your life.

For Robert Foreman, a 40-year-old father in Missouri, becoming a dad was something he ultimately wanted for his life. In college, he’d spend time helping babysit his nephews, previewing a life he eventually embraced.

“It wasn't equivalent to raising kids of my own; I was still completely unprepared for how that would destroy my life and mind, and not in altogether bad ways,” he tells Inverse.

“But being with my nephews was an important aspect of what made wanting to have kids seem real, rather than something abstract. It gave me an idea of what to expect when, years later, my kids started getting born.”

If you have suggestions for a future Detox column, email katie.macbride [at] inverse [dot] com with “Detox” in the subject line.