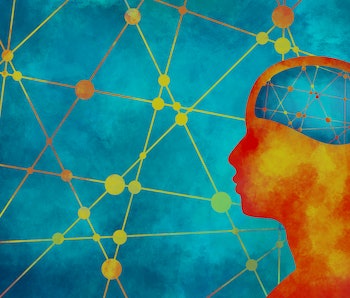 The largest genetics study of its kind reveals eight common psychiatric conditions share deep genetic ties — suggesting these different diagnoses are not so distinct as we think.

The findings could upend how clinicians typically diagnose different disorders and change how we think about conditions that affect the brain.

The implications for people diagnosed with these conditions are profound: About 20 million people worldwide have schizophrenia, while 264 million have depression and an estimated 45 million people have bipolar disorder. For these and the millions more who have the other diagnoses, the finding suggests there needs to be a different approach to how they are conceptualized, diagnosed — and, potentially — treated.

The eight conditions can be broadly sorted into three categories based on their genetic similarity, according to the study.

When you look at those categories, certain larger themes emerge — linking conditions that otherwise don’t appear to have anything in common, says Jordan Smoller, a geneticist at Harvard Medical School and the study’s lead author.

“All of these categories include disorders that we see as clinically quite different. They’re different chapters of the book,” Smoller tells Inverse.

The three categories are:

The inclusion of depression in two categories suggests that people with early-onset depression may have unique genetic underpinnings compared to those that develop depression later in life.

The findings were published this week in the journal Cell. A number of the paper’s co-authors are also members of the 23andme research team, which is affiliated with the consumer genetics company.

Like many studies of its kind, the sample is mostly based on the genes of people who have European ancestry, so its utility across different demographics is up for debate.

Still, the results suggest that there’s a gap between the actual biology that causes these conditions and how we define them.

“We’re getting a picture at a more fundamental and bottom-up way. If we didn’t impose the structure of our diagnostic system, this is what would hang together at a genetic level,” Smoller says.

Right now, the way that psychiatric conditions are diagnosed and categorized differs starkly from other physical ailments. Take the cold and the flu: Both have similar symptoms that can make one difficult to tell apart from the other at first glance. But clinicians can tell the two apart by looking at the underlying biology — the presence of the flu virus versus a rhinovirus.

"Genes are by no means the whole story."

It’s different for brain conditions like bipolar and depression. Rather than looking at the biology, these conditions are instead defined by their symptoms, Smoller says.

“They’re not based on causes or underlying biology, they’re based on what their clinical presentation is like. That’s the basis of how we diagnose and treat psychiatric disorders,” he says.

There are already major categories that define psychiatric disorders, but they are symptom-based, John Krystal, professor at Yale University who was uninvolved in the study, says.

Changing our perspective and grouping conditions by the underlying biology, in this case, genes, could be “extremely important” for the future of diagnosis, Krystal says. Doing so may allow scientists to drill down into the true biological mechanisms driving the symptoms that define each condition.

“When we follow the trail from genes, to brain biology, to behavior, we begin to understand the genetic contributions to the causes of psychiatric disorders,” Krystal says. “Genes code for proteins, not symptoms.”

“As a result, these genetic studies contribute to putting psychiatry on a much stronger scientific footing.”

The way these conditions are diagnosed is not going to change any time soon. But the results are indicative of how psychiatric science might evolve as the biology of these conditions becomes increasingly clear.

What role do genes play in psychiatric conditions?

“Genes are by no means the whole story. I think we think of genetic psychiatry as only part of a bigger picture that also includes the environment,” says Smoller.

Twin studies have shown that even if people have the same risk genes (say, for depression), there’s no guarantee they will both have it. Environmental factors must play a role, too.

Parsing the exact genetic mechanisms is difficult enough in itself. This paper points to 109 different genes that have pleiotropic effects, which means that they affect both a psychiatric condition and at least one other trait. But 11 of the genes also had opposing effects, suggesting that having a gene that predisposes you towards having one condition could actually protect you from another.

The results add weight to the theory that there’s no single gene that causes any one psychiatric condition, Krystal says. Rather, there are networks of genes that interact and contribute. Scientists need to understand how all the pieces in the network fit together in order to develop new treatments.

If scientists target one gene associated with a single diagnosis, they might miss other genes that add up to a different diagnosis.

“This complexity is far beyond typical studies of the current era and may become the defining scientific challenge of the upcoming generation of psychiatric genetics research,” he says.

“Exploring the biological processes affected by the risk genes will help us to develop a deeper understanding of these disorders and, ultimately inform the development of new treatments and preventive strategies,” Krystal says.