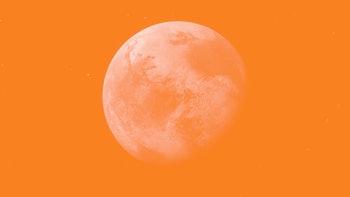 “The Rosalind Franklin rover is an astrobiology lab on six wheels,” writes space reporter Jon Kelvey in our guide to the next big mission to Mars.

The European Space Agency plans to launch the ExoMars rover (named after the late English chemist Rosalind Franklin) as early as September 20, 2022.

If all goes well, the rover will launch on a Proton rocket from the Baikonur launch complex in Kazakhstan and land on the Red Planet on June 10, 2023. Scroll down to read more about the ambitious mission in this edition of Inverse Daily.

I am Nick Lucchesi, editor-in-chief at Inverse. Below are four new science and innovation stories from the editorial staff at Inverse.

This is an adapted version of the Inverse Daily newsletter for Friday, August 13, 2021. Subscribe for free and earn rewards for reading every day in your inbox. ✉️

It’s been a busy week for the planet Venus with interplanetary visits from not one but two spacecraft.

BepiColombo is on its way to Mercury but required an extra gravitational push by swinging around Venus.

As its name might suggest, the Solar Orbiter is on its way to the Sun and came within 5,000 miles of Venus this week.

Everything you need to know about the ExoMars Rover — Jon Kelvey reports this week that the ESA’s Rosalind Franklin rover will dig deeper into Mars than any previous mission in search of any remnants of past life on the Red Planet:

If you want to find life on Mars, carry a big drill. That’s the idea the European Space Agency and partner Russian Roscosmos have brought to the upcoming ExoMars mission and its planned Rosalind Franklin Mars rover.

That’s a big deal, he says, since there are several factors — cosmic radiation, unmitigated ultraviolet light, and powerfully oxidizing perchlorates — that have likely destroyed any organic biosignatures in the top meter or so of Martian soil over the past billions of years.

Understand the world in nine images — Bryan Lawver has put together a gallery of the most stunning science photos of the week. The 2021 Perseids meteor shower reaches its peak this week, the Perseverance rover suffered a setback on Mars, and scientists found a new way to preserve sperm:

The IPCC issued a climate change wakeup call the week of August 5–11, while Perseverance suffered a setback on Mars, and scientists made a breakthrough in genetic preservation. Here are the biggest science stories of the week, told through nine stunning images.

The most misunderstood part of intermittent fasting — Sophie Putka reports this week that fasting plans producing dramatic health benefits in animals aren’t ones that humans can usually stick to. Their results can lead to unrealistic expectations:

If only we could wake up with the Sun, run 10 miles every day, eat five servings of vegetables, cut out sugar-sweetened beverages, and practice mindfulness for the rest of our days. Surely we’d improve our cardiovascular health, ward off depression, and dramatically extend our lifespan, or so science shows.

The only problem with this science-backed roadmap to a healthier, longer, happier life? We’re human.

That crucial detail can sometimes get lost in the buzz around the popular diet regime intermittent fasting. The casual reader can get swept up in the transformative results promised to them by a headline on an animal study or conflate one form of timed eating with another. But one of the biggest issues is more to do with how well we stick to anything.

A technical note — To ensure your email open is counted toward our streak program, confirm that all the images have loaded and your ad blocker is turned off.