Intermittent fasting’s favorite word may not mean what you think

“People are so obsessed with it.” 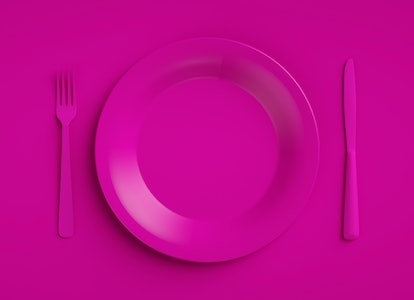 Certain biological buzzwords spring out of relative scientific obscurity and lodge themselves in the popular consciousness — phrases like serotonin, ketosis, or probiotic.

In some corners of the wellness world, namely intermittent fasting spaces, this word is autophagy.

Autophagy, a real cellular process by which cells rid themselves of the bits and pieces they no longer need, has captured the fascination of fitness aficionados and, to some extent, scientists who recognize its role and potential in biological processes like immunity and aging.

Regardless, misguided advice on autophagy is everywhere: Blogs and videos covering intermittent fasting and other eating choices allege we can turn autophagy on and off like a switch, or say it can slow aging and cure disease. These claims are not supported by scientific research, but they are consumed by millions of people.

What’s true is fasting influences autophagy in non-human studies — sometimes, and in a not-well-understood way. We still don’t know much about autophagy in humans, or how to measure it precisely. Meanwhile, it’s being given the “wellness” treatment: A process to optimize, with the promise of good health.

In 2016, there was a landmark moment in understanding autophagy as a cellular process: Yoshinori Ohsumi, a cell biologist, discovered how autophagy worked in yeast, identified the genes key to the process, and won a Nobel Prize for it.

Cells can break down their own internal contents if there’s no use for them, and they do so in a number of ways. Autophagy is just one of those mechanisms — it’s reserved for larger cell structures like organelles (the equivalent of a cell’s organs) that aren’t working or large proteins that are faulty.

Autophagy is the process by which these components are transported to a compartment where they are broken down. Autophagy means “self-eating.”

Krista Varady is a professor of kinesiology and nutrition at the University of Illinois, Chicago, and has researched intermittent fasting for over a decade. She describes autophagy as “like a cleanup process.”

“The body will be able to look inward on itself and literally clean itself up, so it starts disintegrating or breaking down cell components that are old or things that are like dying off,” Varady tells Inverse.

While the “why” and “when” of autophagy in humans is still being researched, scientists seem to agree that nutrient deprivation, at some level, can lead to more autophagy.

A 2019 review in The New England Journal of Medicine explains why: Fasting can induce the body to use amino acids for energy rather than glucose because there are fewer amino acids circulating. This reaction, alongside decreased activity of an enzyme called mTOR — which is key to processes like cell growth and survival — makes cells less inclined to produce proteins and more likely to break down. Ultimately, cells recycle old or faulty proteins and cell structures.

This review cites animal and cell studies, and no studies on autophagy from fasting in humans. Animal studies are a crucial step toward understanding, but they aren’t a guarantee that the process will exactly be the same in a person.

The short answer: It’s likely, but to know for sure we would need way more human studies of autophagy.

The vast majority of autophagy studies have been done on animals and microorganisms: yeast, mice, and worms.

This body of research is associated with promising results: For example, in one study scientists restricted the diets of fruit flies, and associated their subsequent life extension with autophagy. In a study of mice, scientists caused a gene known to be key to autophagy to become overexpressed. This process, in turn, extended the average lifespan of the mice by over 17 percent.

But there’s still not a great way of measuring autophagy in humans. In 2019, scientists published an open-access study in the journal Nutrients detailing what’s seemingly the first clinical trial on humans in relation to autophagy. The research team tried to measure autophagy in subjects after 24 hours of fasting, but the changes in gene expression they were using to indicate autophagy were not statistically significant.

Other scientists have used electron microscopy and western blot methods to try to identify the special cell structures involved in autophagy. According to a 2015 article published in Nature, however, there are problems with interpretation from these methods: electron microscopy, for example, focuses on one very small, complex section of a cell, and it can be hard in general to identify the key players in autophagy, called autophagosomes.

Misinformation is spread by Youtubers and nutritionists alike. “Autophagy is very simple,” says Youtuber Thomas DeLauer in a video titled “How to boost autophagy without fasting | What is autophagy | Foods for autophagy” with over 450,000 views.

“Autophagy is just the body’s way of implementing survival of the fittest,” DeLauer says. “Basically, stronger cells end up consuming the weaker cells, and it ends up just kind of leading to the circle of life of cells inside your body.” Apart from the inaccurate explanation (autophagy happens within a cell itself, not by one cell “consuming” another), there’s no evidence we can ‘boost’ autophagy with certain foods.

Autophagy is generally sold across social media as something that can be “ignited,” “triggered,” or “turned on.”

But scientists are far from making these kinds of claims confidently, Varady says.

Varady has been approached by a handful of startup companies developing products that supposedly “trigger” autophagy without dietary restriction, explaining that they wanted her to approve of certain amounts of nutrients that would induce autophagy.

“​The frustrating part for me is not only are they like, ‘it definitely happens,’ but they're like, ‘Oh, yeah, and if you consume this protein shake, it's going to boost it,’” Varady says. “We just don't know the hours of fasting; we don't know the level of nutrient deprivation with carbs or protein that's required to induce it.”

Does autophagy heal the body?

Autophagy is often framed as a process that clears out the “junk” in the body and cleanses it. In practice, some evidence suggests what autophagy actually does is help immune function and inflammation.

Autophagy is involved in a lot of important human processes: breaking down cell parts to reconstruct new ones and produce energy, ridding a cell of bacteria during infection, even embryo development. Problems with autophagy are also connected to a number of pressing health concerns: For example, people with Parkinson’s disease and Type 2 diabetes may have problems with autophagy. A mistake in the genes responsible for autophagy can cause genetic disease.

But so far, scientists aren’t certain when autophagy happens, let alone if we always want more of it. Like many complex functions of the body — blood pressure, immune responses, nutrient absorption — both too much and too little can be harmful.

For example, a 2016 review published in the journal Nature examined autophagy’s role in cancer patients. It paints a complex picture: On one hand, autophagy could help suppress tumor growth. On the other, it may advance the disease.

To experts, it’s not surprising that something as fundamental to life as autophagy would be implicated in a number of diseases and conditions. The difference between experts and purveyors of autophagy is framing: Scientists know, mainly through non-human studies, fasting can induce autophagy and autophagy plays a context-dependent role in disease. They don’t, and can’t, claim it is a process that can be optimized.

“I just don't get it. People are so obsessed with it,” said Varady. “I think it just sounds cool.”