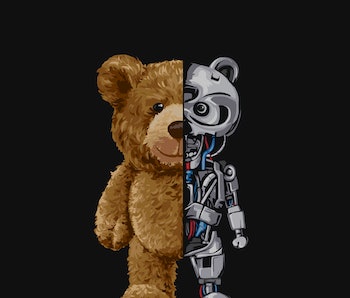 The four science stories in today’s newsletter will make you think differently about moldy bread, how children learn to walk, the forest, and the Moon.

I’m Nick Lucchesi, the person lucky enough to be the current editor-in-chief at Inverse and a fellow reader of the four stories below. It’s Monday, April 26, 2021. I’m glad you’re here.

Today is the 35th anniversary of the Chernobyl disaster. Be sure to read our story on two new studies that provide insights into the effects of ionizing radiation. If you’re revisiting the 2019 HBO series about the fallout of the disaster, you’ll want to know the answers to these questions. Meanwhile, the area around the nuclear plant has seen wildlife return. Five years ago, on the 30th anniversary, we published this story about the massive containment arch built above the disaster zone. (Read all our stories on Chernobyl over the years here.)

This is an adapted version of the Inverse Daily newsletter for April 26, 2021. Subscribe for free and earn rewards for reading every day in your inbox.

A dangerous myth about moldy food — Sarah Wells reports on an age-old question. It’s tempting to simply cut the mold off your sandwich bread, but food microbiologists say this isn't always safe and could lead to eating toxins:

Mold has all the hallmarks of a cute microorganism: It’s small, colorful, and fuzzy. But when you open your bag of sandwich bread to find small splotches of the stuff have preemptively colonized your lunch, it’s anything but endearing.

These microscopic fungi are not only figuratively stomach-turning; they can also be literally dangerous if consumed. But where do you draw the line? Is it really that bad to cut off the mold and eat the rest?

A.I. is getting more life-like — Sarah Wells also reports that roboticists from UC Berkeley have taught their bipedal robot Cassie how to walk through campus using child-like reinforcement learning instead of strict models:

To train an A.I. to take its first steps, maybe it needs to be treated like a child. And the first steps of the University of California, Berkeley’s bipedal robot Cassie are not only a moment of pride for its doting parents but an important moment for robotic locomotion.

Why being in nature is good for the brain — There is scientific evidence that climate change takes a mental toll as well as a planetary one, writes Sarah Sloat:

While every day should be Earth Day in spirit, last Thursday was technically Earth Day. Thursday also marked the announcement of President Joe Biden’s new greenhouse gas pollution target. Since the 1700s, human activities have consistently driven up greenhouse gas emissions. All of this culminates in the climate of the Earth changing.

How Elon Musk beat Jeff Bezos to the Moon — Here’s what NASA’s Artemis contract means for two of the biggest players in the private space race:

Aside from the sheer size of the sum of cash, the contract between NASA and SpaceX to build a Moon lander is a really big deal. Originally, SpaceX wasn’t supposed to build the lander alone. Jeff Bezos’ Blue Origin had convened a “National Team” with a host of aerospace veteran companies, including Lockheed Martin, Northrop Grumman, and Draper to develop a lander called Blue Moon.

Defense contractor Dynetics had also been initially working on a prototype. NASA gave all three companies preliminary contracts to build a design and then planned to accept two bids for the mission itself.

But Blue Origin and co. and Dynetics didn’t make the cut.

That wraps up this April 26, 2021, edition of Inverse Daily. I would like to thank you for reading so loyally! You can follow me on Twitter at @nicklucchesi, where I share some of my favorite stories from Inverse every day.

More like this
Innovation
Jan. 23, 2023
These 5 futuristic tech ideas could help us explore distant worlds
By Jennifer Walter
Science
Feb. 1, 2023
7 Years Ago the World Agreed to Slow Down Climate Change — But a New Report Shows an Uneven Future
By Tara Yarlagadda
Science
Jan. 24, 2023
The Doomsday Clock is now at 90 seconds to midnight — here's what that means
By Kiona Smith
LEARN SOMETHING NEW EVERY DAY.
Related Tags
Share: