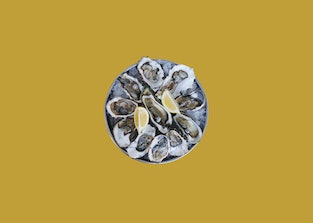 Enjoying a meal together is one of humanity’s most universal forms of bonding.

Whether it be ancient humans sharing a fresh kill, or blind-daters separated by Covid-19 having Zoom dinner date, eating together is primal.

It’s no wonder that humans have been on a centuries-long quest to discover how foods can make us feel sexy, too.

The use of aphrodisiac foods as a source for sexual enhancement and arousal has stood the test of time: Treatments discovered by the ancient Inca, Chinese, or Greeks are still used today as natural sexual enhancers and packaged into sexual supplements.

But when it comes to the efficacy of these foods — and even safety — the science offers an equally intriguing tale.

What are aphrodisiac foods?

First things first: According to the FDA, an aphrodisiac is “any product that bears labeling claiming it will arouse or increase sexual desire, or that it will improve sexual performance.” Crucially, the FDA does not regulate the claims or ingredients of aphrodisiac foods or supplements.

Because aphrodisiacs themselves aren’t regulated, there’s no hard rule as to what is or is not an aphrodisiac, but there are some popular date-night offerings that rise above the rest in terms of popularity:

The popularity of oysters and honey can be traced as back to ancient Greece and Persia, where oysters were directly connected to the goddess Aphrodite (born from the sea) and Persian “honeymooners” are said to have consumed mead (a fermented drink made from honey) until the first new moon of their marriage to promote marital relations. The alcohol content of mead, between 6 and 20 percent, surely didn’t hurt.

In a 2015 review of aphrodisiac research published in the journal Sexual Medicine Reviews, Elizabeth West and Michael Krychman, who are both gynecologists, expand on the well-known Western canon to include products like ground rhino horn, secretions of the poisonous Bufo Toad, and bark from the African evergreen plant Yohimbine that are also popular worldwide.

As a rule of thumb, aphrodisiac foods are reported to have one (or more) of these three qualities:

Historical anecdotes and word-of-mouth aside, can these foods actually help get your motor running? Maybe, write Krychman and West, but with scientific studies done far and few between on these substances, it’s hard to know for sure.

This is especially true because the placebo effect for these kinds of self-medicated treatments can be so high, Bryan Le, a consultant food scientist and author of 150 Food Science Questions Answered, tells Inverse.

“Unfortunately, the placebo effect is strong and can account for real physiological and psychological benefits of consuming a food for more pleasure and sexual drive,” says Le.

There are several candidates that have performed well when put to the test including maca, ginseng, and an arid plant commonly called Bindii (Tribulus terrestris) that grows in Africa and Southern Eurasia.

In both rodent and human trials, scientists have found that maca — the ground Andean root vegetable — has shown positive effects on increasing libido and treating sexual dysfunction in men and women.

Krychman and West write that the mechanism behind these benefits isn’t yet clear, though phytosterols and phytoestrogens present in maca (which can affect estrogen levels) may play a role.

For ginseng, clinical trials have found evidence that it can help treat erectile dysfunction and stimulate arousal and post-menopausal women via its effect on smooth muscle tissue.

Le says this mechanism is similar to how Viagra works: releasing nitric oxide in the smooth muscles of the penis can both “relax and increase blood flow to the organ.”

But even then, scientists don’t yet know exactly how much ginseng should be taken to achieve these effects and more research is needed to further understand its benefits.

Similar to maca, Bindii has also shown promise in both rodent and human trials. In rodent trials, scientists have found evidence that Bindii may increase sperm production in males whereas in human trials they found that the plant increased sexual satisfaction in women. For now, scientists speculate that these effects may stem from the anti-inflammatory properties of the plant.

What aphrodisiacs are dangerous?

While a few aphrodisiac foods are beginning to show scientific promise, there are still many more that could actually be dangerous to your health. Take “Mad honey,” Bufo Toads, and Spanish Fly as an example.

Most varieties of honey won’t cause you harm, but “Mad honey,” or honey derived from the Rhododendron ponticum, contains grayanotoxin that in low doses can cause hypotension and slowed heart rate (below 60 beats per minute) and in high doses can cause fainting or deadly cardiac arrest.

Similarly, oral ingestion or topical application of Bufo Toad venom has also been a cause of death for adventurous lovers. This venom contains psychoactive toxins that can cause hallucinations (which some may find arousing) but is also poisonous.

A similar fate awaits those who indulge in dried Spanish Flies. While this aphrodisiac may cause swelling of one’s sex organs, it can also cause renal failure, gastrointestinal hemorrhage, and death — so probably not worth it in the long run.

Horrifying deaths aside, there are also a number of famed aphrodisiacs that simply don’t work, at least chemically speaking, report Krychman and West. Chocolate for example has little to no scientific evidence backing it up as an aphrodisiac and ground Rhino horn — a popular aphrodisiac across Asia — is both incredibly harmful to Rhino populations and ineffective to humans as it is simply made up of the same components already found in human hair and nails.

Should you use aphrodisiacs?

So, should you begin (safely) incorporating some of these food-based sexual stimulants into your love life?

Many of these aphrodisiac foods should be incorporated as part of a healthy diet coupled with exercise, as a strong cardiovascular system is important for sexual drive and activity.”

More like this
Science
8.13.2022 2:00 PM
What makes mold edible? A food safety expert breaks it down
By Elana Spivack
Innovation
8.3.2022 7:30 PM
This genetically modified rice could transform the global food supply
By Joanna Thompson
Mind and Body
8.16.2022 1:30 PM
These 10 common foods have the smallest environmental impact: study
By Jennifer Walter
Related Tags
Share: