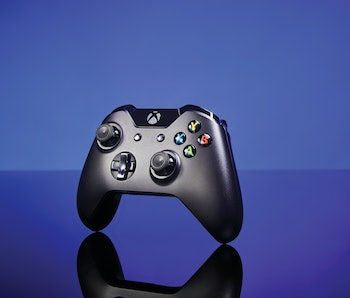 Microsoft partially confirmed this timeline on Tuesday when it announced yet again that the Series X will launch in November.

That would roughly line up with Microsoft’s announced “holiday 2020” launch, but it would be the earliest in the year an Xbox has ever dropped. The Xbox One was released in North America on November 22, 2013. Meanwhile, the Xbox 360 dropped on the same date in 2005, and the original Xbox launched on November 15, 2001.

A November 5 release date for the Series X technically wouldn’t break Microsoft’s tradition of releasing its new consoles in November, but it does run counter to many predictions that it would launch closer to Black Friday on November 27. Keep in mind, that this console generation has been unorthodox for the tech company.

The Xbox One’s price was announced and its pre-order window began on June 10, 2013. This time around, it’s already August and Microsoft has yet to say anything about the Series X’s price or pre-order period. A combination of the coronavirus pandemic and the fact that the company could be launching two consoles at once might have led to a slightly different announcement strategy this time around.

But there’s something suspicious about these alleged XboxEra leaks.

The Inverse analysis — Microsoft has never offered year-long warranties on its controllers. The company’s accessories come with a 90-day warranty while it’s the Xbox One console itself has a year-long warranty. This could be a sign that Microsoft will increase its warranty periods — or that the leak was faked.

It’s fitting that the company would increase its controller warranty period as the technology in controllers get more and more complex. Microsoft has focused on marketing the Series X as a more accessible console compared to the PS5. The new Xbox will come with robust backward compatibility and gamers can use their old Xbox One controllers to play instead of being forced to buy all-new accessories for the PS5.

Lengthening the Series X controller warranty could be another small way it might convince gamers to pick up its new hardware.

The Xbox Series X will be released in November 2020.