"We're going to make sure we stay agile on our pricing." 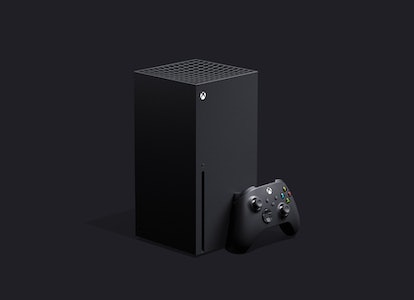 Polls indicate that the price of next-gen consoles like the Xbox Series X and PlayStation 5 is the most important factor for gamers in the upcoming console war, but neither Sony nor Microsoft have revealed pricing details yet. But in a Wednesday interview with IGN, Xbox Head Phil Spencer finally offered some hints about what to expect with the Xbox Series X.

While he didn't give an exact figure in the interview, Spencer discussed Microsoft's mentality with the system's pricing and even teased when we can expect pre-orders. "I think we've got to tell you the price first," he said when asked about pre-orders. "The pre-ordering, we don't have a firm date for that but it will come later in the summer. You should expect that."

Barring any major delays or changes, pre-orders for the Xbox Series X should open sometime during summer 2020.

Just how much will the Xbox Series X cost?

Analysts and journalists within and outside of the video game industry have weighed in on the possible pricing of next-gen consoles, but Microsoft has not said much regarding it. "You have to set a price target at the beginning for yourselves," Spener said, "and then you see the competition come in and start to do your go-to-market planning." In other words: Your move, Sony.

Microsoft has had a price in mind for some time and has deliberately refrained from announcing it in case the company wants to undercut the price of the PS5.

"I feel good about the price and performance capabilities that we have with Series X," Spencer said. "We're definitely going to be continuing to keep our eyes wide open as we go towards launch, looking at what the competition is doing, but we have a plan and feel very solid about our plan." No matter what the Xbox Series X's price ends up being, both for the console itself and expandable memory, Spencer and the rest of Microsoft are well aware of how important an affordable price is for the new console.

"We're going to make sure we stay agile on our pricing and that we have a good plan going into launch," he said when discussing the Xbox Series X's pricing in relation to PS5. "You've got to obviously be a competitive price. You've got to have an offering that meets the needs of the customers you want and in many cases exceeds what they expected."

He went on to state that Microsoft is okay with "taking short term financial hits" if the strategy is beneficial in the long run, so Xbox appears willing to undercut Sony on price if they are given the chance.

The Inverse Analysis - The pricing battle will be the opening battle in the coming console war, and if Microsoft is willing to play a bit dirty by undercutting the price at a loss just to win, then it's an option. Microsoft has an estimated net worth over $1 trillion versus Sony's $72 billion, so the company can take a financial hit by selling the Series X at a loss and still come out profitable at the end of 2020 and beyond.

While Sony still hasn't commented much on the PS5's price, Phil Spencer has made it clear that price is an area where Xbox Series X plans to aggressively compete. With rumors of a less powerful and cheaper version of the console existing as well, Sony will be in a tough position with the PS5 unless the console's price can compete.

The summer 2020 pre-order window also lines up with Microsoft's plans for digital showcase in lieu of the canceled E3, so we'll probably see that happen earlier in the summer, perhaps in June, rather than later.

More like this
Gaming
Sep. 27, 2022
All 12 Yakuza games, ranked from worst to best
By Hayes Madsen
Gaming
Sep. 20, 2022
You need to play the most meditative job sim on Xbox Game Pass ASAP
By Willa Rowe
Gaming
Sep. 19, 2022
Star Ocean: The Divine Force adds the series' most interesting mechanic yet
By Hayes Madsen
Related Tags
Share: