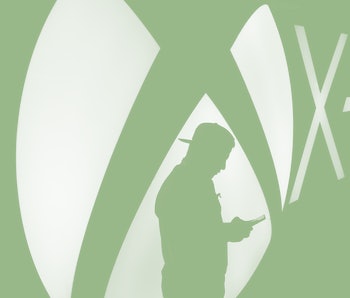 Microsoft has revealed a great deal of information about the specs, peripherals, and games that will ship with the Xbox Series X sometime later this year (hopefully). The final release date for the next-generation console remains a mystery, with analysts and casual gamers alike wondering how the coronavirus pandemic might impact production for the new console. With COVID-19 lead to a delay in the Xbox Series X release date?

Microsoft previously announced that the company was targeting a holiday 2020 release window, but those plans could change because of the international economic and industrial effects of COVID-19.

In Microsoft's specs-focused Xbox Series X reveal on Xbox Wire Monday, "holiday season" remains the projected release date, but analysts' predictions and supply chain reports have painted a different picture for the reality of this situation. Both Sony and Microsoft had planned for most of the hardware manufacturing for the Xbox Series X and PS5 to happen in China, which is the focal point of the coronavirus outbreak. A survey by the Institute of Supply Management published March 11 found that coronavirus has disrupted the supply chains of about 75 percent of U.S. companies' supplies. That will most likely lead to a delay for both consoles, whether or not Sony and Microsoft want to admit it right now.

That survey came days before market research firm DFC Intelligence released a statement with an expectation that at least one next-gen console will be delayed because of the supply chain shakeups caused by COVID-19.

“Coronavirus is likely to have a major short-term impact on the delivery of [PS5 and Xbox Series X],” the organizations explained in a March 13 release. “There is a strong likelihood one or both systems will not make a 2020 launch. If the systems do launch, supply will likely be constrained and initial pricing could be higher than expected." Internal components for the next-gen consoles are proving costly as-is, and both consoles have very similar parts. Not only will Sony and Microsoft be competing for console sales after the consoles launch, but they might already be competing for scarce parts.

The DFC Intelligence report echoes the statement issued by major investment bank Jefferies Group on February 6 saying that possible delays will be determined by how long quarantines might last; so far, quarantines show no signs of letting up; the worse the pandemic gets and the more widespread quarantines become, the less likely it is that Xbox Series X might be released in 2020.

"If [company] shutdowns exceed a month or so, game schedules will be delayed,” read the Jefferies statement. “New consoles may likewise suffer supply issues from a prolonged disruption, ahead of their Fall 2020 planned launches."

As governments, industry leaders, and international institutions begin acting more decisively to stop the spread of COVID-19, it has forced many companies to rethink how they host annual gatherings. A multitude of game industry events, like E3 and GDC 2020, have been called off because of coronavirus concerns.

No major console giant has announced a change in their plans to release their next-gen consoles, but a delay seems more likely as reported cases of coronavirus continue to increase worldwide. The next generation of console gaming could start a little later than expected this time around.