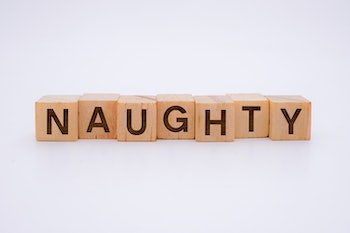 The hottest gaming craze of 2021 isn’t the new Pokémon game or the extremely weird upcoming spinoff installment of the Final Fantasy series. It’s Wordle, the short and sweet daily word puzzle that challenges users to identify the correct five-letter word in six guesses or fewer. Forget what linguistics experts and programmers suggest for the best starting words, and instead consider our 13 fun, frisky, and totally PG-13 options.

Wordle helps you along with color-coded cues that let you know which letters are in the right place, and which letters appear elsewhere in the word. Once you’ve solved the puzzle — or not — you’ll be able to share your results on Twitter. A solid first guess can make all the difference between an enviable flex and social media shame.

In the weeks since Wordle’s meteoric rise to viral fame, experts from all walks of life have weighed in on their picks for the best words to start off the day’s puzzle with. The prevailing wisdom holds that you should aim for at least two different vowels and a mix of common consonants. And sure, that kind of “intelligent” approach is fine for a while. But occasionally, you might want to mix things up with some juvenile humor. Who knows — you just might get it right on the first try!

In that spirit, here are our picks for the best giggle-worthy Wordle starting words:

There are plenty of other words you can try, some of them naughtier than others. The plural form of the “F Word” is an acceptable guess, but it is not in the official answer list. Truth be told, several of our own suggestions here are not on the official answer list either! You can use them to confirm or eliminate letters, but they will never ever be the correct Wordle answer. These include BONER, TEATS, MOANS, SICKO, FARTS, PENIS, PORKS, BUMPS, and BITES. They are all allowed guesses in the Wordle database but do not appear in the possible answer list.

That leaves MOIST, MOUNT, TAINT, and LOVER as our top-tier and vaguely naughty suggestions that either already have been, or one day will be, the correct answer.

Should you ever feel particularly playful and a wee bit juvenile, there’s always POOPS and BOOBS. But any Wordle afficionado can tell you that these are pretty terrible starting words. They both have double doubles!

If you feel like veering into even naughtier territory, you can always try Lewdle, a lewd Wordle knockoff that comes with a content advisory on par with Cards Against Humanity.

Consider this: Wordle’s example words are WEARY, PILLS, and VAGUE. Lewdle comes right out of the gate with DICKS and TITTY — and the third word is even more scandalous. (For what it’s worth, feel free to guess DICKS or TITTY in Wordle as well, but like BONER and PUMPS, they’ll never let you one-shot the correct answer.)