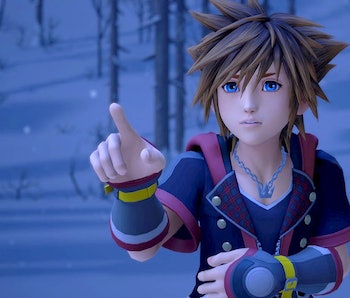 The final Super Smash Bros. Ultimate DLC fighter in Fighter Pass Vol. 2 is none other than Sora from the Kingdom Hearts series, as revealed during a digital event on October 5, 2021 hosted by series creator Masahiro Sakurai. Although he was confirmed to be the last character for the foreseeable future, there’s no way that this is the end of Smash. Will there be a Fighters Pass Vol. 3? If not, what do we know about the future of Smash Bros.? Here, we’ll dive into everything we know about what to expect from Smash Bros. going forward.

Will Smash Ultimate get a Fighter Pass 3?

Going into the Smash Ultimate presentation on October 5, we knew it would feature the reveal of the last DLC fighter. During the event, Sakurai himself reiterated multiple times Sora would be the final character, reminiscing on the past three-and-a-half years of development.

“You could go from middle school to high school in that time!” Sakurai said. “Words cannot describe the many things that have happened along the way.”

So, there are no plans — at least publicly — for additional characters to come to the game. Fighters Pass Vol. 2 will be the last one, at least for the foreseeable future. Though, given the success of Smash Ultimate, which has sold nearly 25 million copies thus far, it’s unlikely we’ve seen the last of it, even if Sakurai literally said goodbye during the presentation.

It certainly wouldn’t be surprising if Smash Ultimate made an appearance on the successor to the Nintendo Switch with even more characters.

The future of Super Smash Bros.

At his point, it’s tough to say what the future of Smash Bros. looks like. After all, Smash Ultimate has 89 fighters, 116 stages, and over 1,100 songs with characters from over 450 games. The internet likes to joke about the “most ambitious crossover event in history,” but Smash Ultimate is truly filled to the brim with everything it offers. What other game features characters from Metal Gear Solid, Final Fantasy, Persona, Street Fighter, and Dragon Quest, along with many of Nintendo’s beloved first-party franchises?

It’s hard to imagine something topping it, but there will no doubt be another Smash Bros. game at some point.

There are a few routes the series can take, such as continued support later down the line. We might eventually get a Fighters Pass Vol. 3! Or maybe Sakurai will pass the torch to another developer so he can retire, and that person might take the series in a new direction.

Maybe the franchise will get rebooted so the DLC cycle can start again. The possibilities are nearly endless, but for now, we’ve got plenty of Smash Ultimate content to enjoy, with more on the way soon.

Sora will be available to purchase in Smash Ultimate on October 18, as part of the Fighters Pass Vol. 2.