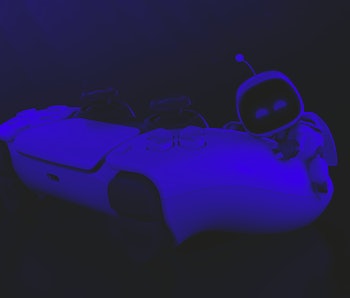 While many gamers like comparing the power of each next-generation console, the controllers for the PlayStation 5 and Xbox Series X will be just as influential when it comes to making next-gen games entertaining.

The Xbox 360 and PlayStation 4 stand out in their respective generations partially because their controllers just feel so good to use. But with the upcoming generation of games, both Microsoft and Sony are taking wildly different approaches with the Xbox Wireless Controller and PS5 DualSense. With a new video ad and PlayStation Blog post released by Sony Thursday, it appears that the PS5 may have an edge with its DualSense controller going into the aunch of both these systems later this year.

How do the Xbox Series X and PS5 controllers stack up against each other?

PlayStation 5 Controller — Ever since the DualSense controller was revealed in April, Sony keeps bringing up two key features: haptic feedback that gives players more detailed feedback than rumble, and adaptive triggers that will actually resist the player depending on what they are doing.

These features are the focus of Thursday's video ad and PlayStation Blog post where developers explain what makes the new features on the DualSense and Sony's "Play has no limits" approach to next-gen so good.

Marvel's Spider-Man Miles Morales' creative director revealed that the game will actively "be hinting to players which direction attacks are coming from by providing haptic feedback from the appropriate direction" as well as make some attacks feel more visceral with the right haptic rumble. Meanwhile, PS5 pack-in game Astro's Playroom will take advantage of these features the most out of any PS5 game.

Director Nicolas Doucet thinks players will notice the difference "within the first few seconds" because "Astro’s steps can be felt running on plastic, metal, sand, and even splashing in water." The post also confirms exclusive third party games like Godfall, Deathloop, and GhostWire: Tokyo will also use the tech a graet deal.

This all comes at a cost though: DualShock 4 controllers can't be used with new PS5 games, even if they are multiplatform and a DualShock 4 can be used with a game on PC. While the PS5's new features might be game-changing, they might also prove more limiting depending on how expensive the controller ends up being because of how many cool new features they are adding in.

Xbox Designer Ryan Whitaker also revealed in an Xbox Wire post that the controller was also changed by "rounding the bumpers, slightly reducing and rounding parts around the triggers, and carefully sculpting the grips." Ultimately, Whitaker explains that Microsoft is trying to be as inclusive as possible with this new controller, which is why there are no radical changes.

This approach also means that the Xbox One controller and several other accessories are completely backward compatible with the console. This should make jumping over and playing local co-op games with multiple controllers a much smoother experience on the Xbox Series X.

Which approach is better? Xbox Series X's controller is definitely less impressive, but the tradeoff makes it far more accessible. Sony's more restrictive approach to backward compatibility with accessories feels innovative but aggressive, and it may have a negative impact on the console at large. While all of the games in the new PlayStation Blog post take advantage of DualSense's adaptive triggers and haptic feedback, will third-party developers ever remain interested in it? The HD Rumble and IR sensor on the Nintendo Switch is a great example of innovative tech that's rarely used.

As these features increase the potential cost of the DualSense, Sony risks having an expensive controller with intriguing tech that's only ever used in first-party games. If it can court third-party developers into using its unique features, the PS5 controller will make playing those games feel more interesting on the PS5, even if they run better on Xbox Series X. Many of the biggest next-gen games — like Cyberpunk 2077 or Assassin's Creed Valhalla — will be available on both consoles, but if playing one of these games on PS5 as opposed to Xbox Series X offers a concretely better experience, then that might sway many people towards Sony when they make the difficult choice about which next-gen console to buy.

Of course, it's been impossible to go hands-on with either controller at this point, and we won't know for sure how they'll feel until they're in our hands and we are playing a game. While Xbox is taking fewer risks and is creating a more open environment for people to play, Sony is choosing to innovate for the sake of immersion, but at what cost?

PS5 and Xbox Series X will be released during the 2020 holiday season.