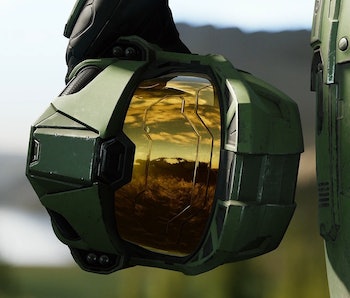 Now that the technical specifications for the PS5 and Xbox Series X have been confirmed, fans and developers alike have opinions about which next-gen platform seems like the most powerful. While Microsoft's console boasts higher numbers in most specs categories, developers like Halo co-creator Marcus Lehto say that the PS5's high-bandwidth Solid State Drive (SSD) tech "will make a huge difference" that potentially gives the Sony console an edge.

"It will open up the door for more expansive content that can stream a lot faster," he said. "Players won’t be waiting on load screens and we won’t have to hide loading behind cinematics and that kind of thing. It will just help make things a lot more seamless and fluid for the player when it comes to their experience on those consoles."

Even though the Xbox Series X also has a custom SSD, Sony has a proprietary storage solution for the PS5 that will be able to read 5.5 GB in a single second. By comparison, the Xbox Series X's raw throughput is less than half that at 2.4 GBs per second.

"I am really excited about that because that’s one of the things that’s really hard for us in particular right now: dealing with those old platforms," Lehto said of current-gen SSDs. "These platforms have been around for what, seven years? Developing for them is like developing for machinery in the stone age." When they arrive, next-gen consoles will free game developers from having to account for systems crafted in the early 2010s.

As of April 2020, no next-gen versions of Disintegration have been announced as the team seemingly develops the title for current-gen consoles. "We have been so focused making sure that this game works on the current-gen Xbox and PlayStation family," Lehto said. "We will be looking at [next-gen consoles] and seeing what we can do for the game in the future." For the time being, the PS5's SSD architecture is merely a source of excitement.

The Inverse Analysis — Even though the Xbox Series X has the more impressive technical specs at face-value, the PS5's technical advancements appear far more exciting to developers. A faster SSD will give developers more creative freedom in terms of how they design and present video game worlds. We should see some really interesting PS5 exclusives that take advantage of the technology in both the console and its DualSense controller.

From what we've seen of the consoles before launch, it's likely that PS5 will end up having a better lineup of exclusives that can tap into the breezy load times that the SSD affords. Meanwhile, multiplatform games may end up being better on Xbox Series X as that console's specs will enable better resolutions and frame rates. The question becomes whether gamers care more about load times or resolution. Regardless, both consoles will be far more powerful than their current-gen counterparts.

PS5 and Xbox Series X will be released sometime in late 2020.

More like this
Gaming
8.4.2022 7:11 PM
10 new games to grab ASAP from the PlayStation Summer Sale 2022
By Robin Bea
Gaming
8.1.2022 5:37 PM
Backbone for PS5 is a solid mobile controller with odd flaws
By Joseph Yaden
Gaming
22 hours ago
You need to play the best video game remake ever on PS Plus ASAP
By Hayes Madsen
Related Tags
Share: