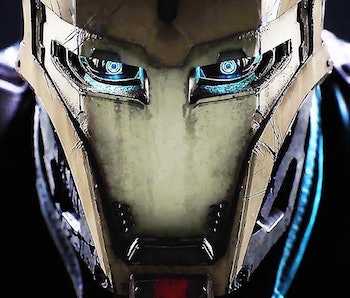 While Halo Infinite is on the horizon, one of the series' creators is working on a new IP: Disintegration. This sci-fi shooter features an in-depth story, real-time strategy elements, and a variety of multiplayer modes. Disintegration is one of the most innovative games coming out in 2020, and this is everything that you need to know about it.

What is Disintegration's release date?

Disintegration does not have a firm release date as of April 2020. That said, its developer and publisher have promised that the game will be released in 2020. If it does still slip out of that window due to outside circumstances like coronavirus, its publisher's parent company Take-Two still wants to launch it during this fiscal year, which won't end until March 31, 2021.

Is there a Disintegration trailer?

There sure is. Private Division revealed the game back in August 2019. You can check it out below.

What platforms will Disintegration be on?

Expect Distinegration it to be available for PC, PS4, and Xbox One. PS5 and Xbox Series X ports have not been confirmed yet, but are a possibility depending on how late in the year this game comes out. Google Stadia and Nintendo Switch ports are also out of the question at this time.

Who is developing and publishing Disintegration?

Disintegration is developed by V1 Interactive. You probably haven't heard of V1 before because it is a new studio formed in 2015 by Marcus Lehto. If you don't know who that is, he was previously an Art Director at Bungie and a co-creator of the Halo franchise. The rest of V1 Interactive is made up of a mix of industry veterans and newcomers who are all looking to prove themselves with Disintegration.

Disintegration is being published by Private Division, a publishing label of Take-Two Interactive. Its parent company also owns the likes of 2K Games and Grand Theft Auto's Rockstar Games, though Private Division focuses more on smaller AA games that are trying new and interesting things. So far, Private Division has published the Fallout-inspired sci-fi RPG The Outer Worlds and a game that highlights most of humanity's evolution called Ancestors: The Humankind Odyssey.

What is Disintegration's story about?

Disintegration is set on a post-apocalyptic earth where many humans have replaced almost all of their bodies with machines. "You play as Romer Shoal, a former Gravcycle pilot in command of a small Integrated resistance still grasping onto fading memories of their human selves," the game's official description says.

"With the domineering Rayonne forces set on eliminating the final remnants of human society, it’s up to Romer and his crew of Outlaws to fight back and reboot humanity." Disintegration, like the original Halo games, will put a major focus on single-player and memorable characters something that became very clear when Inverse checked the game out.

"I wanted to make a primary character with a lot more depth than a typical empty vessel, someone who actually had a backstory we could dig into," Letho told Inverse. "His history with Black Shuck, Romer is not proud of that. His journey is one of redemption ... "They may look robotic on the outside but they’re very human on the inside. They hold onto the affectations that made them human in the first place." If you're a sucker for interesting sci-fi stories, then Disintegration would very much be up your alley.

While comparisons to Halo are quite common, Disintegration actually plays quite different because it incorporates real-time strategy (RTS) elements. Players are always on a "Gravcycle" which is a mixture of a hovercraft and motorcycle. Romer can fight enemies straight from his Gravcycle, but also must use commands to order members of his crew around.

In both singleplayer and multiplayer, how these crew members are utilized together can make or break any given encounter. Disintegration is not like much else on the market right now, and it's clear that was intentional. Fans of innovative games should keep Disintegration on their radar as it has the potential to be the most influential shooter since PUBG.

What multiplayer modes does Disintegration have?

Accompanying the robust single-player mode is multiplayer, which will consist of three modes at launch: Collector, Retrieval, and Zone Control. Collector tasks players with picking up objects while fighting other players. The goal of Retrieval is to obtain the cores from the defending team over the course of two rounds and it is the headlining multiplayer mode for the game.

Finally, Distinegration's Zone Control function like King of Hill, requiring players to take control of certain points on the multiplayer map. V1 Interactive knows that multiplayer will be what keeps players returning to Disintegration after they beat the campaign, so a lot of focus is being put into this part of the game.

Is there a Disintegration demo?

There's not a demo of Disintegration yet. In late January and early February, a Technical Beta test was held across all platforms to see how the servers could handle multiplayer. As we approach launch, don't be surprised to see another beta as the developers try to entice more people to play this innovative game. When it comes to a single-player demo, we won't be getting more than impressions from gaming sites for now.