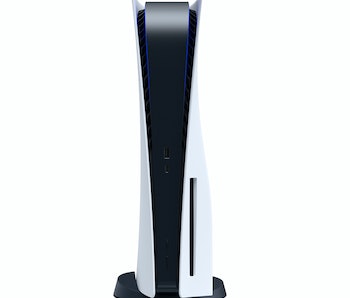 The PlayStation 5 has two different prices — the Standard Edition is $499, and the Digital Edition will set you back $399. Unlike the new Xbox models, there’s no significant difference in processing power here. The key difference is how you’ll manage your library of games. The more expensive PS5 has a disc drive, but the $399 model does not. With 825 GB on each Sony console, your onboard storage space is going to fill up awfully fast.

With that in mind, the Inverse games team shared their thoughts on which PS5 model they purchased, and the results are surprisingly lopsided. Here’s how we spent our hard-earned cash.

“Initially, I was convinced that I would buy the Digital Edition PS5, but now I’m not so sure. I live near a fantastic mom-and-pop game store here in NYC, and it’s nice to have the option to buy a hard copy of a game on a whim, even if most of my library remains digital. I also like the idea of buying preowned games or sharing with friends and siblings, even if I don’t do it all that often.

Also, for games that are a year or two old, I find the discounts on physical copies from retailers like Target and Best Buy are often more compelling than digital discounts in the PlayStation store. I missed God of War 2018 when it first came out, but got a hard copy later that year on Black Friday for $20, and now I won’t shut up about that game. Maybe it’s just me, but I don’t really go to the PlayStation store just to browse or make impulse purchases.

If someone asked me for a recommendation, I’d tell them to save the cash and clutter and get the Digital Edition. That said, I’ll probably end up spending the extra hundo to have the disc drive just in case.”

“My wife and I have lived in small apartments in recent years, so free space is at a premium, and we’re tidy people by nature who try to minimize how many “things” we collect. Which is to say that I was an early adopter of going all digital for gaming; I even already have an external hard drive for my PS4. My Overwatch disc has also been sitting in my PS4 since 2019.

My biggest concern going into the PS5 era — one that I’m assuming is the case for many gamers — was that the Digital Edition might be more like the Xbox Series S: a weaker console at a cheaper price point. That would make me consider spending the extra money on something more powerful. But as PlayStation chief Jim Ryan re-clarified with GamesIndustry.biz in a September 2020 interview, these two consoles are identical under the hood. Digital Edition just doesn’t have a disc drive.

What’s the point then? I don’t want to go to GameStop or wait for Amazon to deliver a hard copy of a game. I want to play at the stroke of midnight on launch day after pre-downloading the new game days prior. I’d also rather give my money directly to Sony and cut out the mega-corporate middle man.

Especially because the hardware quality is the same, there’s no chance I’m spending an additional $100 just for a disc drive.”

“I will ultimately go with the standard PS5 for several reasons. To start, I have a gigantic library of physical PS4 games that I want to use on PS5. Backward compatibility will be very important in the early days of the system’s lifespan, so I’d rather opt for the version that can easily support my entire library.

Another major issue is the storage space. Both the PS5 and PS5 Digital Edition have 825 TB of storage. Game file sizes don’t seem to be shrinking anytime soon, so that limited amount of storage space is worrying. As such, I don’t want to solely rely on getting digital games for my PS5. Ultimately, I’d rather just pay $100 more and have the most whole version of my next-gen console rather than save a bit of money now and regret the decision later.”

“I’ll be shelling out $100 extra for the standard PS5 because, much like Tomas, I also have a backlog of physical game copies that I revisit every now and then. I won’t be picking up the PS5 right at launch, I’ll wait a bit longer for more tantalizing titles to come out before diving in but even then I really don’t want the 15 to 20 physical copies I have to become completely useless once I upgrade.

While I do see the benefit of moving over to digital-only gaming to reduce plastic waste, we’re in a transitional period where I still want to get my money’s worth for many of the games I purchased this past console generation while enjoying all of the perks of the PS5.”

“The PS5 with a disc drive is the console for me. Choosing a digital-only console removes more than the ability to play games. Sure, it’s $100 more upfront, but in exchange, I retain my consumer autonomy. Without a disc drive, I can’t lend games from friends or purchase second-hand copies to save money. It also means I need to place trust in Sony not to make any drastic alterations to the digital market.

I remember P.T., the 2015 teaser for what was planned to be Hideo Kojima’s next game. I played P.T. after downloading it from the PlayStation Store and now it’s gone. That wasn’t my choice. I didn’t delete P.T. from my console or exorcise it in some arcane ritual. Sony chose to remove it, forcing me to live with that decision. If P.T. was available on disc, I could still enjoy it to this day. I mean, heck, even the U.S. Air Force has been spurned by Sony’s choices to remove features.

The freedom that a disc drive adds extends beyond games. My PS4 is a fixture in my living room due to its ability to play other disc formats like DVDs and Blu-Rays. I want the PS5 to be my new living room fixture, not just a method to enjoy PlayStation releases.”

For those of you keeping score, that’s a whopping four votes for the PS5 Standard Edition, and one for the Digital Edition. Not quite a sweep, but that’s a clear winner in our book.

More like this
Gaming
Sep. 15, 2022
3 wild story clues hidden in the God of War Ragnarok story trailer
By Robin Bea
Gaming
5 hours ago
All 12 Yakuza games, ranked from worst to best
By Hayes Madsen
Gaming
Sep. 26, 2022
'Deathloop' Yerhva answers: Every correct response to all 10 questions
By Just Lunning

This article was originally published on Sep. 18, 2020