"We have been relentless in terms of trying to increase production." 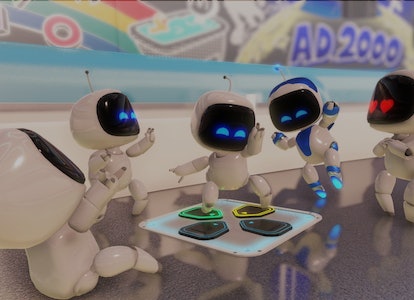 Four months after launch, the PlayStation 5 remains hard to come by. Even with the constant stream of restocks and tools to help players find a console, you still have to be ridiculously quick to get one when competing against a plethora of other fans, bots, and even scalpers. Executives at AMD and even Sony addressed this issue with a more dour outlook, saying that semiconductor shortages will make next-gen consoles a rarity throughout 2021.

In a new interview with GQ, Sony Interactive Entertainment President and CEO Jim Ryan is more hopeful about the future of PS5 stock. "We have been relentless in terms of trying to increase production," he says. But will this work on PlayStation's end actually pay off in the coming months?

What happened? Jim Ryan is in charge of the division of Sony responsible for PlayStation, and in a February 23 interview with GQ, he addressed the issue of ongoing PS5 stock shortages that make it difficult to acquire a console. With a new PS5 VR headset on the horizon, PlayStation needs to make sure people can acquire the necessary console beforehand.

"We're working as we always have, but with renewed vigor and energy post-Christmas to get supply up," he says before promising that "it will increase as each month passes." He even claims that "the situation will start to get better hopefully quite quickly."

While it's still extremely tough to find a PS5 as we head into March, Jim Ryan claims that it will get better every month throughout the rest of 2021. From the consumer's perspective, restocks are frequent, but the consoles disappear quickly after they are listed. PS5 and PS5 Digital Editions are still nowhere near being widely available like the PS4.

"I know there were people who wanted a PS5 and couldn't find one," he said. "We're very sorry about that and obviously grateful that demand has been as strong as it is."

Why is the PS5 hard to find? That is the question on the minds of most consumers. Console launches are typically frantic and lead to scarcity, but the rollout is particularly brutal this console generation. "In a pandemic supply chains become a little more complicated than would normally be the case," Ryan explains.

Lots of industries are struggling to find the components required, and video game consoles were no exception. It's just being exacerbated by the high demand for a PS5. "We had to move to a distribution model that is entirely online and that’s something that we never had to do before ... all of those things kind of combined."

Has the PS5 sold well? A lack of stock might make some people think that not many consoles have been sold. Actually, the opposite is the case. When discussing restocks, Jim Ryan was quick to point out that these stock issues aren't indicative of an unsuccessful launch.

"You may have read that we sold 4.5 million PS5s at the end of December," he said. "So, with everything in the world throughout last year, we feel like that was fairly decent." He also revealed that a fourth of PS5 owners didn't have a PS4, which is impressive considering the PS4 sold over 110 million units.

The PS5 is about to have a very exciting year, with games like Returnal, Ratchet & Clank, Horizon Forbidden West, and God of War: Ragnarok (for now) poised to launch this year. As more games that people want to come to PS5, hopefully Jim Ryan's comments will actually ring true.