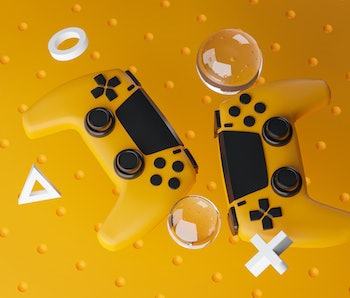 After what seemed like an endless hype cycle, the PlayStation 5 and Xbox Series X have kickstarted a new era of console gaming. It'll be a slow burn for the full transition, as many gamers are still trying to get their hands on one of the new consoles before the holidays.

But even if the PS5 and Series X are only a month old, chatter about what could be an eventual PS5 Pro release began to surface by early December.

The culprit was a T3 news story that rehashed a Sony patent application that was published on July 30, 2020. The document laid out plans for a console that might be twice as powerful as the recently released PS5.

A mid-generation launch like that is probably something Sony is interested in, especially after the Series X managed to nab the title of "most powerful console ever made." But could the PlayStation-maker have been plotting their next console release months before the PS5 was supposed to hit shelves?

Without an official word from Sony, we can only speculate about the company's console roadmap, but the past has proven that conjecture like this might hold some weight. After all, early news about the PS5 started as reports on Sony patents about console features and specs, some of which turned out to be accurate in November.

Keep in mind that just because a company filed a patent for a concept, doesn't mean it will be made into a consumer product. But Sony's release of the PS4 Pro back in 2016 hints that a similar PS5 Pro might be in the pipeline.

When is the PS5 Pro release date?

Rumors about the PS5 Pro remain unconfirmed so there's no release date window for the potential mid-generation update. But we can look back to past console releases to speculate when Sony might drop the PS5 Pro.

Sony has a track record of releasing a console update three years after it enters a new generation, which means the PS5 Pro could become a reality around late 2023 or early 2024.

What could the PS5 Pro price be?

Looking back at the release of the PS4 and PS4 Pro might also hint at how Sony could price an eventual PS5 upgrade. The PS4 launched at $399 and the Pro model was released three years later with the same $399 price tag.

This time around, two PS5 models have launched: a $399 Digital Edition and the $499 Standard Edition. If Sony maintains its pricing strategy from the past generation then the Digital and Standard Editions of the PS5 Pro might launch at the same $399 and $499 price points.

What could the PS5 Pro specs be?

The Sony patent describes a console that would come with two graphical processing units, which would be a first for the in-home console history. Currently, the PS5 runs on a custom-made system-on-a-chip that integrates an AMD-made central processing unit with a GPU into a single piece of hardware. Sony's SoC delivers a whopping 10.3 teraflops of graphical power and lightning-quick load times.

The alleged PS5 Pro patent suggests slapping two SoC inside of a console, which would in theory double the PS5's power.

"Plural SoCs may be used to provide a 'high-end' version of the console with greater processing and storage capability," reads the document.

Achieving this from an engineering standpoint might be easier said than done. The PS5 was specifically designed to cool and maintain a single SoC, adding another would also double the heat the console is capable of producing when it's running at full throttle.

Early PS5 adopters are already complaining about noisy fans in certain units. Housing two SoCs could mean even more fans or an even larger console to ensure the PS5 Pro won't overheat. But this is all speculation for now, Sony might figure out a way to make a more powerful, single SoC which would eliminate the need to add another to the PS5 Pro.

An upgraded PS5 is still nothing more than a pipe dream at the moment, but this Sony patent provided some insights into what the company could be plotting next.

The PS5 Pro is rumored to be in the works.