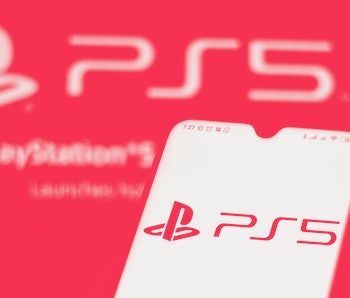 With Sony pulling out of major industry events like E3, PAX East, and most recently GDC, speculation about the company's upcoming PlayStation 5 console has reached a fever pitch. There's still a whole lot we don't know about PS5 – the release date, the price, the launch games – but industry analysts are already making bold predictions.

Hideki Yasuda, an analyst with Japan's Ace Research Institute, is going all-in on the PS5, forecasting it will ship 6 million units by March 31, 2021. Tom's Guide reports Sony will move a further 15 million PS5 consoles by the end of March 2022, an "unprecedented rate" of sales for gaming hardware. Should those numbers bear out, that could put PS5 in the running to be one of the fastest-selling consoles ever.

The PlayStation 2 currently holds the record for most units sold over the course of its lifetime, with a whopping 158 million by 2013. But that success didn't come right off the bat. In its first year, Sony sold a little more than 10 million PS2s. The current fastest-selling console is the Nintendo Switch, which moved an impressive 14 million units in the 12 months following its March 2017 release. Yasuda's predictions for the PS5 fall right in line with these hefty numbers, and raise the possibility Sony's next console could be a new record-setter.

One of the key selling points of the PS5 is the adoption of a solid-state drive, which promises to make tedious loading screens a thing of the past. In theory, this would eliminate the need for lengthy interstitials while traversing a game's map or entering combat. Developers have found clever workarounds for this, like God of War's realm between realms and Final Fantasy XV's leisurely convertible drives, but it's still enticing to imagine high-spec games without them.

Still, these industry estimates are likely to change as we learn more about the PS5's price and launch lineup in the coming months. In mid-February, Bloomberg reported that Sony was struggling with the price of its new console, with hardware costs creeping up to $450, meaning the company could see a loss per unit at any price point below $499. Microsoft is a much larger company than its biggest competitor in the gaming space, and may opt to undercut Sony on price by offsetting hardware losses with profits elsewhere in the company.

Sony's withdrawl from events like PAX and GDC in recent weeks has prompted speculation that supply chain slowdowns in China due to coronavirus might delay the launch of next-gen consoles like PS5 and Series X. Games industry analyst Daniel Ahmad noted on Twitter that "It is still too early to say what the long-term impact would be and how it could affect next-gen console launches. It very much depends on how quickly manufacturers can return to work and achieve full production levels."

Sony's PlayStation 4 has dominated the current console generation by a country mile, even with a really impressive fourth-quarter surge from the Nintendo Switch. The company would need to make some serious flubs with the PS5 launch to lose its considerable advantage, both in terms of user base and desirable exclusive IP like God of War, The Last of Us, and Spider-Man. However, if Microsoft comes out swinging with a Series X price far below PS5's anticipated $499, Sony might have trouble reaching those lofty targets.