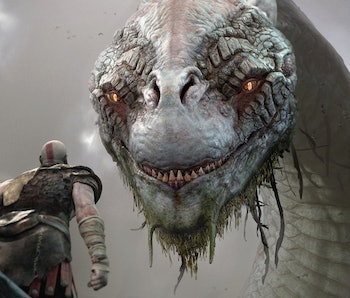 The biggest PlayStation Showcase since the PlayStation 5’s launch is about to take place.

Exciting titles like Deathloop, Horizon Forbidden West, and the next God of War are due for updates, and there could be plenty of surprises in store for the livestream as well. So far in 2021, Sony Interactive Entertainment has only a few smaller-scale State of Play presentations.

On September 9, another PlayStation Showcase that shares branding with the two major 2020 PS5 showcases will occur. It’s an event PlayStation fans definitely won’t want to miss. If you plan to watch it, here’s what you need to know about its start time, where you can stream it, and what you should expect from it.

When is the September 2021 PlayStation Showcase start time?

The next PlayStation Showcase will start at 4 p.m. Eastern on September 9, 2021. This is almost one year after the last non-State of Play showcase, which featured titles like Demon’s Souls Hogwarts Legacy.

According to PlayStation Blog, the presentation itself will only last 40 minutes. That said, for an unspecified amount of time after the showcase, some of the games and studios featured will get more in-depth updates. If you want to watch it all, make sure you don’t have any afternoon or dinner plans.

Where can I watch the September 2021 PlayStation Showcase?

Sony will livestream the presentation on the official YouTube and Twitch channels for PlayStation. You can watch it below:

Of course, many major outlets and streamers will co-stream and react to the event, so there will be plenty of options on all major platforms. If you can’t watch it live, Sony will upload the event and all of the trailer shown during it afterward.

What games should you expect from the September 2021 PlayStation Showcase?

Sony’s official description for the showcase doesn’t mention any specific games, but it sets an exciting tone for the showcase. “The Showcase will weigh in at around 40 minutes and include updates from PlayStation Studios and some of the industry’s most imaginative developers, for games releasing this holiday and beyond.”

The PlayStation Blog post does confirm that Sony won’t show its next-gen VR platform, so expect the presentation to mainly focus on PS5 titles. There’s a lot for it to focus on to. We could see more of Horizon Forbidden West, which recently got a release date, and get updates on MIA exclusives like GhostWire: Tokyo, Gran Turismo 7, and the highly anticipated sequel to God of War.

Of course, there are bound to be some first-party surprises as well. PlayStation announced the acquisition of developer Firesprite the day before the event. Perhaps we see that studio’s new game? Developers and publishers not affiliated with Sony could also show or reveal games here, so nothing is off the table.

This September showcase should be the most exciting PlayStation-focused event of the year. We’re looking forward to seeing what’s shown!

More like this
Gaming
Sep. 15, 2022
3 wild story clues hidden in the God of War Ragnarok story trailer
By Robin Bea
Gaming
Sep. 23, 2022
Everything you need to know about the action-packed Stellar Blade on PS5
By Willa Rowe
Gaming
Sep. 22, 2022
The most fascinating work sim on PS5 makes drudgery beautiful
By Robin Bea
Related Tags
Share: