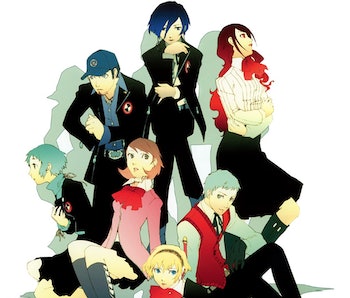 After years of waiting, Persona 3 is finally playable on modern consoles. With its release on new platforms and inclusion on Xbox Game Pass, an underrated entry in the beloved franchise is more accessible than ever. It faithfully provides players with a way to experience Persona 3 Portable, but its greatest flaw is that it still leaves so much of Persona 3’s story inaccessible. It leaves a big question mark over this part of the franchise and if players will ever be able to experience a definitive version of Persona 3.

As good as ever — Persona 3 Portable is a great game. That hasn’t changed in its latest release on modern consoles. The supernatural high school thriller filled with fascinating characters and deep systems still manages to be an enthralling but sometimes simplistic game that clearly laid the groundwork for the more recent success of the series.

Credit must be given to developer Atlus for so faithfully porting this game. Persona 3 Portable plays nearly identical to how it plays on my PSP (that I still have Persona 3 Portable on) just with some prettier assets. Yet I can’t help but be disappointed this isn’t a truly definitive version of Persona 3.

Rather than Persona 3 being ported for PSP without change, P3P is a minor reinvention of the original game. It adds more social links and paths to explore via the introduction of a female protagonist while cutting back the exploration of the world map to something that resembles a visual novel-style interactive map.

Persona 3 Portable is one of three total versions of Persona 3, and each one is slightly different than the next. This means that no single Persona 3 version offers the entire experience.

Players picking up P3P on modern consoles with the game’s re-release will still be missing a piece of the complete game. This raises the question of if Atlus should have made this more than a remaster.

There is no way to experience “The Answer” on modern platforms, and those wishing for a fuller experience not limited to the less hands-on exploration of P3P cannot. Even the short-animated sequences of the base game are gone, substituted for static frames. All of these compromises were made to help the game run on the less-powerful PSP, a constraint that modern hardware does not have.

Minor quality-of-life improvements were made in the new remaster of P3P, including the addition of a helpful quick save/load feature that can help players get around the slog of dungeon-crawling and fear of losing progress to saves. Another change is the ability to change difficulty at any point in the game.

While Persona 3 Portable is arguably the definitive way to play Persona 3, it isn’t truly definitive — it is just the best option. Despite the bad reputation “The Answer” gets, or the lack of a female protagonist in the base Persona 3, P3P is still missing plenty of content. Players shouldn’t have to compromise any content, and as good as P3P is on modern consoles it is hard to avoid the feeling that something is missing.

With the state of game preservation already being dire in the industry, the remaster of P3P is welcome, letting people experience a game that has been inaccessible for far too long. Yet the biggest disappointment in this great remaster is that it continues to diminish the chances of a truly complete version of Persona 3 ever being available.