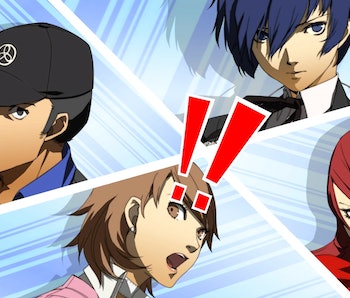 After years of being unavailable on modern consoles, Persona 3 Portable is finally getting a wide release for all modern consoles as well as Xbox Game Pass. The Persona series has a plethora of mechanics and systems that blend dungeon crawling and social sim elements. While some may be familiar with Persona 5 and the cult hit Persona 4 Golden, Persona 3 continues to be criminally underrated. While it shares elements with the rest of the series, Persona 3 Portable has its own quirks that you will need to master. Here are eight tips and tricks to get you started on your supernatural mystery adventure.

The combat of Persona 3 Portable is based on an elemental system. All attacks have a certain element associated with them and enemies and party members have certain affinities or weaknesses that can be taken advantage of. Understanding your enemy's strengths and weaknesses is important for success.

Initially, Mitsuru acts as the party’s informant, and you can ask her to analyze enemies. You should always do this as it will help you know how to attack. Party members act on their own, but analyzing informs AI-controlled characters to avoid strengths and take advantage of weaknesses.

One of the new features introduced in the remaster of Persona 3 Portable is quick saves. This will let players save whenever they want, as opposed to the traditional saving at the lobby of Tartarus or in the SEES Dorm lobby.

With much of P3P requiring the player to dungeon crawl through the many floors of Tartarus, quick saves are a great way to stop the game if you ever need to take a break but don’t want to lose progress. Be liberal with your use of it, but remember you can only load your most recent quick save.

Contrary to horror movie common sense, splitting up your party is actually a great idea in P3P. in Tartarus, you can order your party to separate and explore floors. There are two types of commands: prioritize defeating shadows, or prioritize exploration (i.e., finding stairs and treasure).

5. Get to boss floors in Tartarus ASAP

Speaking of Tartarus’s many floors, spaced throughout the massive dungeon are boss floors. You should make liberal use of the find stairs command and get to the boss floors as quickly as possible. Each boss floor has a teleporter that you can unlock which will allow you quick travel to the Tartarus lobby where you can save and heal.

After unlocking the teleporters, you can head back through the floors and grind for experience and gather personas as much as you want, but if you lose a battle before unlocking a teleporter you will need to start from the last teleporter you unlocked. Save yourself the trouble by prioritizing unlocking every teleporter.

P3P has a unique fatigue system that other games in the series don’t have. Through doing certain activities the protagonist and other party members can get tired. If they reach the tired status, party members will not enter Tartarus and need to recover over the course of a couple days. Your main character may not benefit from activities like studying, and can even miss attacks in Tartarus.

A surefire way to get rid of this status without having to take a day or two to recover is to use an item called Yawn-B-Gone. These are available in the school store and you can purchase three every week. The store will restock on Saturdays. You should make sure to stock up every week and remember that the school store will be closed during vacation time. Yawn-B-Gone will automatically cure the tired status effect, so it is a hot commodity.

3. Duplicate skill cards at the shrine

Something to take advantage of that the game doesn’t outright tell you is that you can duplicate skill cards at Naganaki Shrine. Skill cards are earned by leveling Personas to a specific level, found in treasure chests in Tartarus, or purchased from the home shopping channel on Sunday mornings. When you gain a skill card, you can bring it to the Inari at Naganaki Shrine and duplicate it.

Duplication takes several days, so return to the Shrine on the fifth day to get your duplicated cards. Take advantage of this duplication to get more copies of any powerful skill cards that you like that way you can use them as much as you want.

While every social link is important and you might feel the urge to get as close to your party members as you can, you should fight that urge and prioritize non-party member social links. There is a substantial vacation during the game during which you will not encounter the majority of characters you see at school. If you want to experience all their stories you should try to do so quickly before vacation arrives.

Perhaps the most annoying part of Persona 3 Portable is that by default party members will choose their own actions. Often times these actions can be... frustrating to say the least. While some might find it nice not to worry about more than one character, those who prefer to have control over every aspect of a battle will want to change this as soon as possible.

To change this, you can enter a battle and then navigate to the tactics menu of the battle screen. Here a list of your party members will appear with different sets of commands. The default will be to “Act Freely” but you can change this to “Direct Commands” which will let you choose every party member's action during combat.