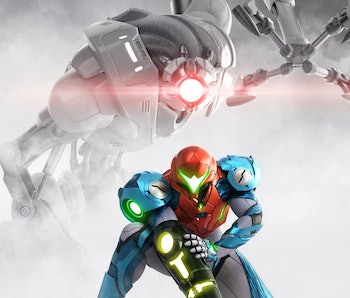 Some traditions never fade. Every year since 2016, Nintendo has held some sort of Direct presentation in September. It was starting to seem like the creators of the Switch might not do anything during September this year, but that’s thankfully not the case. Nintendo just confirmed a Direct for September 23 on Twitter.

With an exciting lineup of games like Metroid Dread, Mario Party Superstars, and Splatoon 3 on the horizon, this will undoubtedly be an entertaining showcase. If you want to tune in to this showcase live, this is everything you need to know about the September 2021 Nintendo Direct.

When is the September 2021 Nintendo Direct start time?

When Nintendo announced this presentation, it also let us know when this Thursday evening showcase would start. The next Nintendo Direct will begin at 6 p.m. Eastern on September 23.

How to watch the September 2021 Nintendo Direct

Like all Nintendo online events, the September 2021 showcase will be livestreamed on YouTube. The link to the video is already live, so you can watch it below:

Plenty of gaming outlets and Nintendo YouTubers will also be co-streaming and reacting to the event, so watch it with whoever interests you the most. If you can’t tune into this Nintendo Direct live for some reason, don’t fret. Nintendo will upload the whole presentation and trailers shown to its YouTube channel afterward.

What games will be at September 2021’s Nintendo Direct?

“Tune in 9/23 at 3 p.m. PT for a #NintendoDirect livestream featuring roughly 40 minutes of information focused mainly on #NintendoSwitch games launching this winter,” the official description of the event says.

Looking at the rest of 2021, here are a few games we can expect:

But technically, winter starts at the tail-end of the year, on December 21. That means we should expect to see games coming in early 2022. So Splatoon 3, Mario + Rabbids: Sparks of Hope, and The Legend of Zelda: Breath of the Wild 2 are all on the table. Major game updates could also be teased, like the next seasonal update for Animal Crossing: New Horizons and the last fighter for Super Smash Bros. Ultimate.

One announcement has dominated the pre-Direct rumor scene, though. Several leakers and sites like Eurogamer have reported that Nintendo Switch Online will expand soon to include games for other retro platforms. Game Boy, Game Boy Advance, and Nintendo 64 are the most common guesses.

Some hardware could appear at the show as well, like the Nintendo Switch OLED model. An FCC filing for a new Nintendo controller also appeared prior to the Direct, and it’s believed to connect to whatever the new Nintendo Switch Online platform is. That service is in desperate need of an update, so hopefully Nintendo makes it much better this week.

On top of all that, there will probably be a couple of exciting announcements that are impossible to predict. Regardless, it’s looking like the next Nintendo Direct will be an enthralling show.

More like this
Gaming
19 hours ago
Fire Emblem Needs To Steal a Winning Strategy From the Yakuza Games
By Hayes Madsen
Gaming
14 hours ago
The 8 Essential Fire Emblem Engage Characters You Need in Your Party
By Robin Bea
Gaming
Jan. 30, 2023
Everything We Know about the Fire Emblem Engage Expansion Pass
By Jess Reyes
LEARN SOMETHING NEW EVERY DAY.
Related Tags
Share: