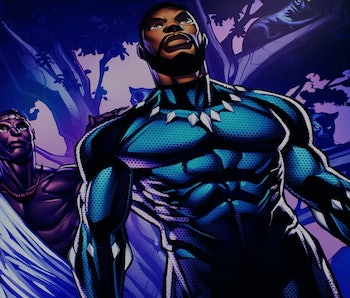 The Symbiote Invasion season of Marvel Snap has come and gone, and in its place is Warriors of Wakanda. This new season stars Black Panther, just in time for the new Wakanda Forever film. It includes a fresh Season Pass full of rewards to earn, along with plenty of challenges that will no doubt test your skills. But when does Warriors of Wakanda begin and end, and what do you get with the new Season Pass? Here’s what you need to know about the newest season of Marvel Snap.

When is the Marvel Snap Warriors of Wakanda release date?

The new season of Marvel Snap, Warriors of Wakanda, is live now as of November 8, 2022.

When is the Marvel Snap Warriors of Wakanda end date?

Warriors of Wakanda will run in Marvel Snap until December 6, 2022.

Just like in other free-to-play games, Marvel Snap’s Season Pass is comprised of tiers featuring various rewards. There are 50 main tiers, each with a specific reward, such as Credits, Gold, Boosters, card variants, and avatars. After reaching tier 50, you’ll then gain access to Season Caches, which feature random rewards.

This season, you’ll gain access to a new Black Panther card, which has an Energy cost of 5, with 4 Power. On reveal, this card’s Power doubles, so you’ll want to use it alongside other abilities that boost attributes.

You’ll also get to earn a variety of Black Panther-themed cosmetics and upgrades, including a new Okoye variant, a Wakanda card back, Boosters for Nakia, and more.

Is the Marvel Snap Warriors of Wakanda Season Pass worth it?

There are two versions of the Season Pass: The Premium Season Pass for $9.99 and the Premium+ Bundle is $14.99.

Is it worth buying the Season Pass? This depends wholly on how much you’d like to get out of Marvel Snap.

If you spend a lot of time with Marvel Snap and enjoy it, you’ll likely want to grab the Season Pass, which gives you access to more ways to increase your Collection Level. Likewise, if you’re invested in the game but don’t have much time to play, the Season Pass Bundle might be worth buying since it features 10-tier skips. And if your go-to deck emphasizes

If you don’t play much or are on the fence about Marvel Snap, we recommend skipping the Season Pass. It’s not totally necessary, as you can still upgrade your Collection Level without spending money. Of course, the game is designed to get your hard-earned cash, so you’ll certainly be at a disadvantage if you opt to play without spending money. Nonetheless, you don’t need to purchase the Season Pass to enjoy this game.

... subscribe to Inverse Daily for more stories about games, science, and entertainment that you won’t find anywhere else.