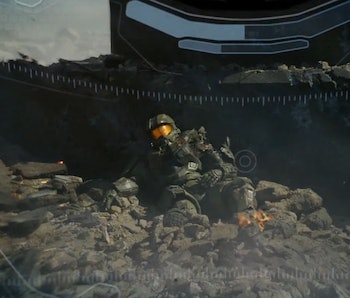 The death of Master Chief is an event that the Halo franchise has teased on numerous occasions, with fans speculating that every new entry might be John-117’s last. The upcoming Halo Infinite is no different.

A game that simultaneously serves as the conclusion of 343 Industries’ “Reclaimer Saga” as well as the future of the franchise, all the pieces are in place to make the sixth installment of Halo the swan song for Master Chief. Here’s why that would be the right move, and how the game’s recent E3 showcase points toward that being likely.

In 2020, former studio head of 343 Chris Lee spoke to Halo Infinite serving as a “decade long platform” for the franchise, with future Halo games falling under its umbrella. If we look at the games that have had success in this area, they all have a couple of things in common.

They allow you to either customize or create your own characters. They adapt to feedback from their playerbase. The lore of these games is either non-existent or incredibly malleable, and they experiment with new ideas frequently, not afraid to ditch what isn’t working. All of these elements require fluidity and spontaneity, something that a restricted viewpoint from the continuing adventures of a singular character does not lend itself well to.

The narrative of the game often has to stem from the needs of the “platform,” and I can’t see fans responding well to that happening with Master Chief, Cortana, the Arbiter, or any of the other beloved characters in close proximity to John-117. Better to provide a satisfying and meaningful conclusion for the hero rather than risk the murky territory of needing to intertwine his continuing narrative with the constantly adjusting nature of a “platform.”

Telling stories in the Halo universe exclusively about Master Chief also does a disservice to the much grander and diverse universe that Halo has created. Chief isn’t the only Spartan around, and Spartans aren’t the only characters worth telling stories about. There are tons of eras predating Chief’s adventures explored in other mediums that fans have affection for, and likewise, there are future narratives that will exist beyond his finite lifespan that could be interestingly developed. What does Halo look like when Master Chief is gone? That’s an exciting question to ask.

Another massively popular sci-fi franchise that leaned into its core characters too much was Star Wars, resulting in a divisive sequel trilogy that worked at its best when trying to explore new ideas and floundered when heavily rooting itself in the messy family affairs of the Skywalkers. The post popular Disney era Star Wars content has been The Mandalorian TV show, The High Republic books and comics, or the Jedi Fallen Order video game, all exploring different periods of the universe, with loose, if not no, ties to the Skywalkers, and it seems that Disney is planning to continue that trend with its slate of upcoming media.

At E3, Xbox almost exclusively focused on multiplayer when showing off Halo Infinite, and there’s a big change that few people caught on to. It’s no longer Red vs. Blue. In previous installments of Halo’s multiplayer, a player’s armor would take on either of the colorings depending on what side they were on. It was so iconic it spawned the internet’s longest-running web series Red vs. Blue, which became the foundation of one of gaming’s most popular content houses, Rooster Teeth.

In showing off the multiplayer of Infinite, 343 put a heavy focus on the increased character customization, really hammering home the fact that this was your Spartan. In gameplay, teams with diverse armor color sets could be seen, the red vs. blue nature seemingly reduced to a translucent energy layer to differentiate friend from foe for the player. It wouldn’t be farfetched to see the campaign of Infinite end by setting up future story content that starred each player’s customized Spartan, which would provide 343 with the spontaneity required for a developing “platform” narrative.

Of course, Halo has suffered before when it tried to stray away from focusing on Master Chief, with the worst reviewed game in the franchise Halo 5: Guardians heavily criticized for putting the spotlight on Spartan Locke. However, it would not be hard to imagine that issue being alleviated somewhat if Master Chief’s story had already concluded, rather than it occurring in the middle entry of a new trilogy. The spin-off games, Halo: Reach and Halo 3: ODST, are also incredibly popular among fans, and didn’t feature Master Chief.

The launch of Halo 5: Guardians was also a different time for Xbox, releasing during one of its darkest periods after the botched launch of the Xbox One and before its return to form with Phil Spencer, Game Pass, and the Series X and S. With the future looking its brightest for the console, and Microsoft having taken huge strides with acquisitions for a more diverse roster of games, creating new mascots to represent the brand, retiring Master Chief to make room for new heroes might not only be a great move for Halo but Xbox as a whole.

Halo Infinite will be released for PC, Xbox One, and Xbox Series X|S in late 2021.