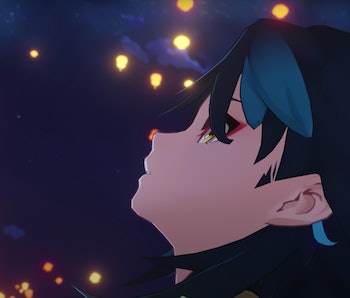 Genshin Impact changes nearly every month. A major update comes to Genshin Impact every six weeks. Genshin Impact version 1.3, will be available in February, bringing new characters such as the Adeptus, Xiao to the game.

To get ready for Xiao's arrival, you can currently farm a few essential items for the character. Using the current Closed Beta test server as a baseline, we have a fairly solid grasp on what Xiao will need to increase his Ascension and Talent levels.

Here are seven items that you need to farm before Xiao arrives.

What are Xiao's upgrade items in Genshin Impact?

According to a recently updated Reddit graphic, upgrading Xiao's talents requires "Prosperity" talent books, Slimed-themed items, three Crowns of Insight, and Shadow of the Warrior. Meanwhile, to ascend Xiao and unlock his level caps, you'll need a mix of Vayuda Turquoise, Juvenile Jade (or Hurricane Seeds, depending on how the update pans out), Qingxin, and again Slime-themed items.

It's time to start acquiring your resources before Xiao actually appears.

Don't forget that you can combine excess materials at alchemic Crafting Benches in Liyue Harbor and Mondstadt. The effectiveness of crafting can be increased using either Sucrose or Xingqiu, the latter of which is currently available in the Ganyu Banner.

Where can you farm "Prosperity" talent books in Genshin Impact?

You're going to need many "Prosperity" series talent books to max out Xiao's talents.

This series consists of Teachings of "Prosperity," Guide to "Prosperity," and Philosophies of "Prosperity." All three can be obtained as drops from the Taishan Mansion domain located by Jueyun Karst in Liyue. You need to hit Adventure Rank 26 to access the domain and you need to visit the mansion on Monday or Thursday or Sunday to secure the drops.

A Crown of Insight is required to max out every single late level talent in Genshin Impact. Xiao is no exception. Alas, you cannot farm the Crown of Insight at a controlled pace. It's primarily acquired through events like Unreconciled Stars and Chalk Prince and the Dragon, which both rewarded one Crown of Insight. You can also obtain one by upgrading the Frostbearing Tree in Dragonspine to level 11.

Xiao only needs one Crown per talent. It's best to focus on upgrading the talents that you think you rely on the most.

Where can you farm Shadow of the Warrior in Genshin Impact?

The domain becomes available after completing Chapter 1, Act 3: "A New Star Approaches." You can challenge the domain once per week with the reset occurring on Monday at 4 a.m. Eastern.

How can you farm Slime in Genshin Impact?

Xiao requires Slime Condensate, Slime Secretions, and Slime Concentrate throughout leveling up his character. These are necessities in both increasing his talent level and ascending his level cap.

A great place to farm Slimes can be found directly below a cliff facing the Guyun Stone Forest in Liyue. If you drop into the watery area, you'll always find a small Slime squadron.

Slimes can also be found as enemies in Daily Quests or during Leyline Outcroppings.

Don't forget that you can combine excess slimes at alchemic Crafting Benches in Liyue Harbor and Mondstadt.

Where can you farm Qingxin in Genshin Impact?

As one of the esteemed Adepti, of course, Xiao is hankering for some Qingxin to max out his level. He needs 168 Qingxin flowers to reach his highest Ascension level. You can find these floral goodies in a few separate places. You can purchase them in sets of 10 at Bubu Pharmacy. The inventory will be restocked every three days.

If you'd like to locate them in the wild, Huaguang Stone Forest and Jueyun Karst are particularly bountiful locations. Specifically, check mountaintops to find the flower. You can also find Qingxin in high supply atop the mountains by Qingce Village.

Where can you farm Vayuda Turquoise, Juvenile Jade (or Hurricane Seeds) in Genshin Impact?

Xiao is an Anemo character, meaning he needs a ton of Vayuda Turquoise for Ascensions. You can farm these items by defeating Anemo Hypostasises in Mondstadt. Vayuda Turquoise can also be purchased in small sums from souvenir shops in Liyue and Mondstadt. Xiao requires one sliver, nine fragments, nine chunks, and six gemstones.

Traditionally, Xiao, like other Anemo characters would require Hurricane Seeds, but miHoYo seemingly has other plans for the character. Hurricane Seeds were originally the upgrade material that he used in the closed beta. In recent updates, however, his final Ascension material has shifted to Juvenile Jade, an item that can only be acquired by defeating the new boss, the Ancient Geovishap. This boss will be added in version 1.3, making it impossible to farm right now.

This is likely a permanent change for Xiao. Luckily, if he does revert to Hurricane Seeds, you'll gain those as you defeat Anemo Hyposasises for Vayuda Turquoise.

Now read: Everything we know about Genshin Impact version 1.3