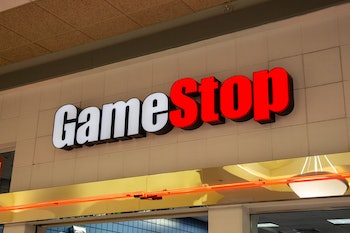 GameStop is currently at the center of a stock market phenomenon. In order to take on a hedge fund that was betting against the gaming retailer, a group of Redditors started a movement to buy up GameStop stock as retail investors. This, in turn, increases its value and caused the hedge funds to lose money on the short-sell bet that they made.

This move has shocked institutional investors as they aren't used to regular retail investors having such a drastic impact on a stock that's being targeted by a hedge fund. As investors wonder how the government will intervene, Alexandria Ocasio-Cortez is holding yet another Twitch livestream to discuss the situation.

AOC has risen to prominence as a progressive Representative that connects well with younger voters. One way she has done this is through Twitch livestreams, where she's famously played Among Us with popular influencers. While this livestream is more of a discussion, here's what you need to know if you want to tune in.

When is AOC's GameStop Twitch livestream?

AOC confirmed on Twitter that she will start live-streaming at 8:30 p.m. Eastern on January 28, 2021. At that time, you can head over to her Twitch page and watch. According to her tweet, this livestream is will mainly "discuss today’s developments with GameStop and retail trading."

AOC also teased that she "might have a guest or two join," though she didn't clarify who exactly those guests will be.

What has AOC said about GameStop?

This past week, GameStop's (GME) stock price skyrocketed after members of the WallStreetBets subreddit decided to invest in the struggling company and hurt the hedge funds that were betting against the retailer.

GME's stock price went from being just $17.25 on January 4 to $347.51 at its peak on January 27. Other stocks like AMC and Nokia were starting to see growth thanks to retail investors that were trying to repeat what happened with GameStop.

On January 27, AOC tweeted, "gotta admit it’s really something to see Wall Streeters with a long history of treating our economy as a casino complain about a message board of posters also treating the market as a casino."

Then on Thursday morning, popular free investment app Robinhood, as well as some other brokerages, blocked their users from buying stocks from GameStop and similar companies. This has caused GME's stock price to plummet and is leaving people wondering if there will be any government regulation or intervention in response.

"We now need to know more about @RobinhoodApp’s decision to block retail investors from purchasing stock while hedge funds are freely able to trade the stock as they see fit," AOC said in a tweet earlier today. "As a member of the Financial Services Cmte, I’d support a hearing if necessary." In short, she's one of the few people with the power to do something about this, and she has plans to.

"Inquiries into freezes should not be limited solely to Robinhood," she continued. "This is a serious matter. Committee investigators should examine any retail services freezing stock purchases in the course of potential investigations — especially those allowing sales, but freezing purchases."

These comments suggest she's against Robinhood and others preventing their users from investing in certain stocks to game the system. AOC will elaborate on her position further in her livestream, which is the main reason to tune into that tonight.

AOC's livestream will begin on Twitch at 8:30 p.m. Eastern.