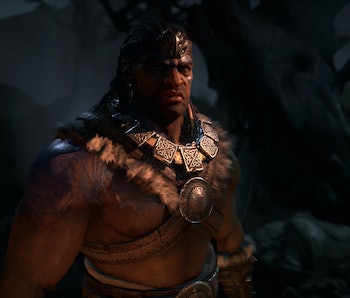 Another remaster of a classic Blizzard game appears to be on the horizon: French website Actugaming reports that Diablo II is being remastered and is expected to launch for PC later this year. But just how trustworthy is this leak, and how likely is it for a Diablo II remaster to even happen in 2020?

What the leak claims — As was first reported by French site Actugaming and relayed by Forbes, a remaster of Blizzard's PC classic called Diablo 2: Resurrected is supposedly in the works and scheduled for release on PC during Q4 2020. If true, this remaster would be released after Diablo Immortal and around the launch of next-gen consoles like PS5 and Xbox Series X and before Diablo 4, which was announced at Blizzcon 2019.

This remaster is supposedly not being handled by Blizzard's internal remaster team, and it's instead being developed by Vicarious Visions. While this studio mainly serves as a support studio for titles like Call of Duty and Destiny, it is also the studio behind 2017's Crash Bandicoot N. Sane Trilogy that brought the classic PS1 platformer back into the limelight. This leak suggests that it could give Diablo 2 the same treatment.

How legitimate does the leak seem? This leak came out of nowhere, so it's tough to tell how legitimate it is. According to Forbes, Actugaming accurately reported on Diablo 4 and Overwatch 2 leaks before they were announced at Blizzcon 2019. IGN has also confirmed that Blizzard will appear during its Summer of Gaming event, so it's possible that the company might announce this remaster at that point.

In general, this would also be a safe game for Blizzard to make. Diablo 2 is a critically acclaimed and widely beloved action RPG that has inspired countless games since, like Xbox Series X launch title The Ascent. June will mark the 20-year anniversary of the original Diablo 2's release, so it could use a coat of fresh paint for modern audiences. At the same time, fans of the original will appreciate the remaster, though they may also be warier following Warcraft III: Reforged's rocky release.

What seems suspicious about the leak? While this report will excite plenty of Blizzard fans, it should be taken with a grain of salt. The likes of Diablo 4, Overwatch 2, and a Diablo 2 remaster have all been speculated by fans of the company for years, so it's possible that Actugaming may be framing an educated guess as a purported leak. The report does claim to have "sources close to the studio," but it's the type of thing that's never verifiable.

Still, remastering Diablo 2 would be particularly tough as the source code for the original release has been lost. Series creators Max and Erich Schaefer explained during an ExileCon panel transcribed by GameSpot in November 2019 why a remaster would be very challenging: "Not just our code, but all of our assets. Irrevocably, fatally corrupted." Obviously, this would create challenges in remastering the game.

"We lost a lot of the assets, art assets," he added. It would make it very difficult for Blizzard to do a Diablo 2 remaster because all the assets we used are pretty much gone. "They'd have to make them from scratch," Erich said.

Remastering Diablo 2 would be a lot of work for a studio like Vicarious Visions, and they would already have to be far along with its recreation to be ready for a fall 2020 launch. Such a quick turnaround from the N. Sane Trilogy and even Warcraft III: Reforged seems unlikely, especially with the additional work constraints caused by Covid-19.

The Inverse Analysis — Because of just how challenging remastering Diablo 2 seems to be, this report feels like a longshot despite how widespread it has become. If this is true, Blizzard has done a fantastic job at keeping such a high profile remaster a secret. As one of Blizzard's most beloved games, Diablo 2 should get a remake or remaster eventually, but is 2020 even the best time for it?