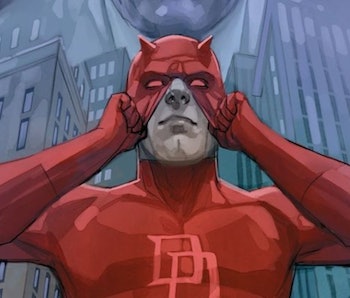 Marvel’s Spider-Man for the PlayStation 4 set a new standard for open-world superhero games, and there could be many more that emerge on PS5 and Xbox Series X after the next-gen consoles launch later this year.

A rumor circulating online Wednesday claims that Marvel is licensing out separate games starring Daredevil and Wolverine. The former sounds like a mix between Marvel's Spider-Man and the Batman Arkham games, and the latter seems reminiscent of God of War. This unconfirmed leak stems from a post by an anonymous user on the sketchy message board 4chan, but there is some evidence that Marvel wants to create a new, more interactive cinematic universe for its beloved franchises through video games.

Spider-Man for the PS4 sold more than 13.2 million copies worldwide as of July 2019 and Sony’s acquisition of its developer Insomniac Games all but confirmed a sequel. Plus, Square Enix’s upcoming Marvel’s Avengers is yet another hint that Marvel wants its heroes in consoles and PCs everywhere and that plan will almost certainly carry over to next-gen consoles.

Eric Monacelli, the Director of Production at Marvel Games, teased that he and his team had big plans for the PS5 in October 2019 tweet. Earlier that year five former members of Blizzard Entertainment revealed that they were working on an unannounced Marvel game for mobile platforms.

The company clearly wants to expand Marvel's presence in the video game industry, which makes the possibility of a Daredevil and Wolverine game on next-gen consoles not far-fetched at all. Here’s what those titles might end up looking like:

The 4chan user claims Marvel is cooking up a single-player, story-driven Daredevil title that will release on the PS5, Xbox Series X, and PC in late 2021 or 2022. They claim to be in touch with someone who either works at Marvel Games or has a “close connection” to the brand who spilled the beans on the company’s future plans.

The alleged Daredevil game is said to be open-world and set in “modern-day Chicago” with a “noir-style detective game” vibe. That’s already a bit of a red flag since Daredevil canonically lives in New York City, but that could have been done on purpose in order to distinguish it from Spider-Man on the PS4 which was based in NYC.

Its map was said to be “65 square miles” that would be more than triple the size of the Spider-Man’s, which was estimated to be around 18.95 square miles. The leaker explained that the game would leverage the next-gen consoles solid-state drives and upgraded hardware to make this possible, but they also revealed that traversing the game could be more limited compared to the roaming in Spider-Man.

Players might only be allowed to free-roam at night time and most missions would take place under the cover of darkness, which fits the story since Matt Murdock moonlights as a masked vigilante in the comics and Netflix series. This nighttime travel could be made easier with an “echolocation” mode that was said to highlight clues related to gamers’ active missions.

Finally, the combat was compared to the Batman: Arkham series and Mad Max (2015) with a customizable skill tree, which suggests it could have a big focus on melee encounters. Plus, one of the main baddies might be Bullseye, a psychopathic hitman with a grudge against Daredevil.

The 4chan post also briefly mentioned the possibility of a Wolverine game that they said is in “early development.” Unlike the alleged Daredevil game, this title is said to be more linear and not open-world. The leaker compared it to how players progressed through God of War (2018).

This game could take another two or three years before it’s released.

These supposed leaks are within the realm of possibility based on the series of hints from Marvel Games. There’s not much to parse with the Wolverine game, but the Daredevil title could be a smash hit if it nails the parkour and traversal mechanics just like Spider-Man did on the PS4.

Daredevil’s signature multi-purpose baton comes with a grappling hook that would be a satisfying way to swing around Chicago. Plus, the developer could create a dynamic combat system that allows for melee combos using the baton and its grappling hook a lot like Spider-Man’s webs.

To top things off, Marvel has previously tried to get a Daredevil game off the ground with developer 5000ft Inc. in the early 2000s. However, after troubled development history, the game was canceled and never hit shelves. It’s possible that Marvel wants to make its long-lost vision a reality, but there’s one crucial detail missing from the leaks that hurt their credibility: a developer.

Marvel Games typically outsources its development by licensing the rights to intellectual property out to game developers instead of making games in-house. The 4chan post doesn’t mention anything about who Marvel might be partnering with, which kind of makes it seem like they pulled these predictions from thin air.

For now, these leaks are nothing more than exciting ideas that could be a part of Marvel Games’ next-gen console plans, but we’ll need more concrete information to know if this is more than fan fiction.