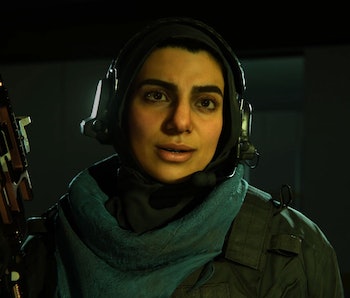 When is the Call of Duty: Modern Warfare Season 6 release date?

That said, the continued popularity of Modern Warfare and its ties to Warzone means there's still more than likely a possibility for Seasons 7, 8, 9, and so on.

What's with subways in Season 6? Are subways being added to Warzone?

Yes! In a teaser trailer for Season 6, Call of Duty revealed that subways will be a new feature to Call of Duty: Warzone. The cinematic trailer that opens the season involves the campaign characters Farah and Nikolai joining the fight via an underground subway.

This supports previous leaks that subway station interiors are coming to the Verdansk map in Call of Duty: Warzone. Even though subway stations have been in Verdansk for some time, they were never important.

As far back as July 2020, Call of Duty insider BKTOOR was teasing the importance of Verdansk's metro. A little while later, a follower of the Twitch and YouTube personality Geeky Pastimes noticed something odd during Call of Duty League's Championship Weekend in late August 2020. At one point, there was a bird's eye view shot over the Stadium, with a subway station next to the Stadium that's not currently accessible in-game is open.

Where can I watch the trailer cinematic for Season 6?

You can watch the "trailer" for Season 6, which is the opening cinematic for the new season, in the embed below.

Activision has not yet revealed the weapons of Season 6 — officially. But data mine leaks from multiple fan sources reveal the following weapons that may join the arsenal of Modern Warfare in Season 6:

Every Season does bring a new battle pass and a variety of new weapons, Operators, and modes to the game though, and there's no reason to suspect that Season 6 will be any different. In fact, it will probably be even more exciting because Season 6 will probably have ongoing ties directly to Call of Duty: Black Ops Cold War.

Who are the new Operators of Season 6?

Both Farah and Nikolai can be acquired through the Season 6 Battle Pass.

As of now, there is no official acknowledgement that Season 6 directly connects to Black Ops Cold War. About the closest connection is that the Woods Operator Pack, a pre-order bonus for Black Ops Cold War, unlocks the Black Ops character Frank Woods (along with his special weapon blueprint and unique finishing move) for use in Call of Duty: Warzone. It's not exactly a Season 6 tie-in specifically, as you can unlock and play as Woods now, but it is quite close to the release of Season 6.

And based on how gung-ho Activision has been on keeping the connective tissues of Modern Warfare, Warzone, and Black Ops Cold War, fans can only expect even more such goods to come.

Season 6 of Call of Duty: Modern Warfare begins on September 29.