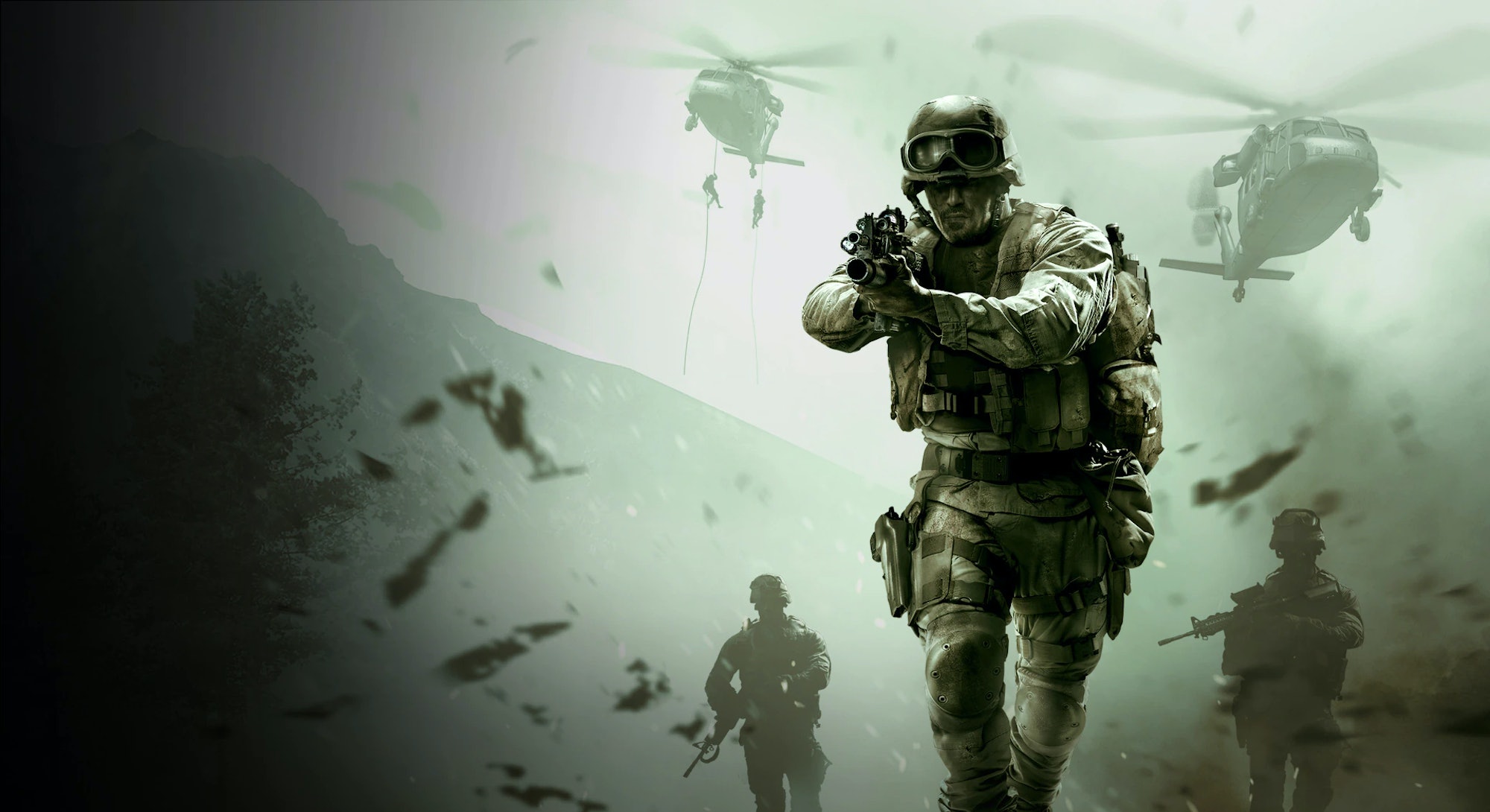 For the past 15 years, Call of Duty has consistently ranked among the top-selling games each year, selling tens of millions of copies annually.

But it wasn’t always a blockbuster hit. The series didn’t truly hit its stride until the launch of Call of Duty 4: Modern Warfare on November 5, 2007 — 15 years ago. What exactly made this game so special? In celebration of its anniversary, we decided to take a look back at this historic FPS game to evaluate why it was such a game-changer, not just for first-person shooters, but for competitive multiplayer games in general.

Call of Duty 4: Modern Warfare was immediately appealing due to its current-day setting. Until then, Call of Duty was known for WWII-style games, which were fun, sure, but by 2007 had gotten stale. The switch to a modern setting made this game more relatable, with intense action, realistic visuals, and plenty of explosions. But all that was just the bigger picture.

The multiplayer mode for Call of Duty 4 had a fantastic lineup of weapons, with plenty of options for close-, mid-, and long-range play styles. This meant that players had plenty of options, allowing them to contribute to their team in a variety of ways. Those looking to dominate up close could stick to the beloved MP5 SMG, while players wanting to pick off foes from afar might be better off with the M16, a burst-fire assault rifle.

The popularization of custom loadouts was another major factor, allowing players to come to each match with a particular build. This meant that regardless of the map or mode, players would always be prepared for the battle ahead.

Attachments also put a strong emphasis on customization without being overwhelming (like in current CoD titles). Having only two to four attachment options across each weapon still encouraged experimentation, but it was simple enough to be approachable, therefore striking a nearly perfect balance.

This, when combined with the excellent map design, made for so many memorable moments. I have memories of watching one of the long hallways of Vacant while using the M40A3 sniper — picking enemies off back-to-back.

Killstreaks and perks were a gamechanger

Call of Duty 4 always felt distinct thanks in no small part to the introduction of perks and killstreaks, key features that have become franchise mainstays emulated by other games as well. Perks allowed players to experiment with special abilities like extra health, claymores, or a UAV jammer to stay off the minimap, potentially overcoming a player’s innate shortcomings — or emphasizing their greatest strengths as a combatant.

I’ve always been an aggressive player constantly on the move, so I’ve run right into far too many enemy claymores. So, the Bomb Squad perk — which reveals enemy equipment — is often a must-use.

Similarly, when playing the elimination game mode Search and Destroy, using the Dead Silence perk to silence your footsteps offers a huge advantage. But this same perk was not as useful in Team Deathmatch, so players were always encouraged to switch things up.

Killstreaks were also a major component, rewarding players for their performance during a match. Having it set to only three killstreaks total — three eliminations for UAV, five for an airstrike, and seven for a helicopter — kept things simple, yet rewarding.

Between perks, weapons, loadouts, and killstreaks, no two matches ever played the same, which was refreshing.

The popularization of multiplayer modes

Call of Duty 4 went on to sell nearly 20 million copies. It’s clear that, even in 2007 and the years shortly thereafter, this game had a major impact on the industry. After the success of Call of Duty 4, many games began implementing multiplayer modes, attempting to replicate the same explosive success.

Even games that had no business featuring online multiplayer made the attempt, particularly in some of the biggest franchises of the era: BioShock 2, Dead Space 2, and even Resident Evil 5 had an online multiplayer component. They were all pretty lackluster by comparison, chasing a trend after it peaked.

Of course, Call of Duty 4 wasn’t the only game that popularized multiplayer shooter modes. Halo 3 and Gears of War also played a substantial role in 2006 and 2007, but Call of Duty 4 was a multiplatform game able to reach a much wider audience as a result. (This is why all these years later, Microsoft’s Activision acquisition seems so controversial.)

It’s clear that, even though many developers wanted to capitalize on the multiplayer shooter space, very few companies could pull this off — proving just how skilled the teams at Activision and Infinity Ward were, even in 2007.

Without Call of Duty 4: Modern Warfare, it’s unclear just how competitive shooters would have turned out. Surely, they’d look and play a lot differently today, so we owe a lot to the innovations introduced in 2007’s Call of Duty 4.

Unfortunately, there isn’t a great way to play Call of Duty 4 these days. The remaster, which launched for PS4, Xbox One, and PC in 2016 has its fair share of issues on consoles, but it's certainly better than trying to play the original 2007 release, which is practically unplayable these days due to hacking.

Regardless, there’s no denying the monumental impact that this game had on the industry.