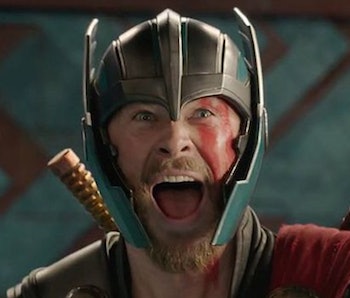 The first trailer for The Avengers (2012) debuted 280 days before the movie. 10 years later, Marvel no longer needs hundreds of days to build hype for each new movie, but even by modern standards, we’re definitely overdue for our first Thor: Love and Thunder trailer.

Thor 4 is set to premiere on July 8 in less than three months. Filming is officially finished. The press tour for the movie has even begun. And yet, there’s still no trailer. However, a new report claims we may finally get our first glimpse at the next Thor movie very soon.

When will the Thor 4 trailer be released?

According to a report from Brazilian blog Chippu, Marvel plans to release the Thor 4 trailer on Monday, April 18. Before you get too excited, don’t forget that this is an unconfirmed rumor, and even Chippu seems to doubt its own claims.

“Dates may change internally,” the site notes, “but sources with knowledge of Marvel's plans say that, currently, the intention is to release the trailer and first poster early next week.”

The report also notes that we’re seeing an increasing number of Thor 4 toys and other promotional material turn up in stores and online, which is always a good sign that Marvel’s marketing campaign is shifting into high gear. But should we trust this report? Let’s take a closer look.

Is this Thor 4 leak legit?

Chippu’s report was shared on Reddit’s Marvel Studio Spoilers community. The original poster goes on to note that the Brazilian site has been posting a flurry of Marvel rumors and leaks recently, though most have yet to be confirmed (or debunked).

The site has published multiple reports about Black Panther 2, claiming the plot will center on a battle between Wakanda and Atlantis sparked by Riri Williams (IronHeart) and involving Namor. They’ve also reported that She-Hulk will premiere in August, which remains unconfirmed as well.

Chippu’s editor-in-chief even chimed in on Reddit, noting that the April 18 release might still change but “the trailer should come out next week.” They added, “We stand by 100 percent the She-Hulk and Black Panther stories.”

So should we trust these reports? It’s tough to say. Then again, what do you have to lose by hoping for a Thor 4 trailer next week? At this point, it can’t be too much longer until it finally drops. Can it?

Thor: Love and Thunder Bifrösts into theaters on July 8.