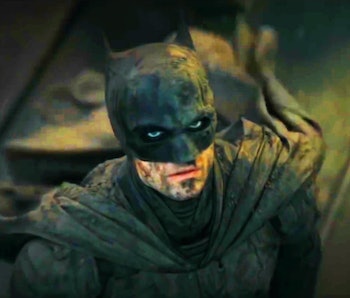 The latest trailer for The Batman is full of fresh yet familiar faces.

Directed by Matt Reeves, the anticipated superhero film will introduce viewers to not only an entirely new version of Gotham City, but also fresh iterations of some of DC Comics’ most memorable heroes, villains, and anti-heroes.

While there’s plenty we still don’t know about The Batman’s core cast of characters, the film’s second trailer gives us a better look at them, from two central villains to the Caped Crusader and a new band of allies.

Here are six characters you need to know, as featured in The Batman’s newest trailer.

Paul Dano’s presence can be felt throughout the entirety of The Batman’s second trailer, despite the teaser going out of its way to avoid showing the actor’s face. That’s because the acclaimed actor (There Will Be Blood, Prisoners) is playing the main villain of The Batman: Edward Nashton a.k.a. The Riddler.

Dano’s version of The Riddler promises — like many of The Batman’s characters — to be a much darker take than fans of the comics are familiar with. A serial killer whose creation was heavily influenced by notorious real-life monsters like the Zodiac killer, Dano’s Nashton is set to be a formidable opponent — one seemingly capable of causing intense chaos throughout all of Gotham City from within the confines of a prison cell.

Stepping into a role that’s already been played by the likes of Michael Keaton, Christian Bale, and Ben Affleck is no easy feat, but Pattinson doesn’t have much trouble making Bruce Wayne his own in The Batman.

Playing a younger version of the character than featured in past live-action Batman films, Pattinson has promised to bring a more raw, wounded, driven, and angry energy to the Caped Crusader. At least, that’s in line with what Pattinson and Reeves have teased about this iteration of the character.

Whether he’s beating some criminals to a pulp on a train platform or walking through a hail of gunfire like it’s no big deal, Pattinson’s Batman is primed to arrive as the most unstoppable, rageful version of the character we’ve seen.

Pattinson may be the star of The Batman, but there’s a real chance that Zoë Kravitz could steal the movie out from under him when it hits theaters next year. The Big Little Lies star plays Selina Kyle a.k.a. Catwoman, a resourceful cat burglar who forms an unlikely relationship (possibly even a friendship or romance?) with Pattinson’s Batman.

While there’s still plenty of mystery surrounding her version of the character, Kravitz is seen in these early trailers doing everything from breaking into vaults to leaping off skyscrapers. All of which is to say that, at the very least, Kravitz’s morally ambiguous thief should prove to be quite the match for Pattinson’s morally ambiguous hero.

It may not be clear from the first two trailers for The Batman, but that arrogant crime lord seen crossing paths several times with the vigilante is none other than Colin Farrell as Oswald Cobblepot a.k.a. The Penguin.

Much like several of the film’s other characters, Farrell’s Cobblepot is at an early stage in his career as a crime kingpin when The Batman begins. Consequently, the film will explore his origins and motivations — hopefully in an intriguing and surprising way, though it’s still unclear how Cobblepot’s role connects to the film’s larger, Riddler-centric mystery. That said, it should also be noted that Farrell is truly unrecognizable in the role.

Playing Alfred Pennyworth, Bruce Wayne’s loyal butler and confidant, in The Batman, Serkis is back in front of the camera after a directing stint that brought us a Venom sequel. The character hasn’t been featured all that heavily throughout the film’s first two trailers, but what we have seen of Serkis’ Alfred suggests that he’ll be a close ally and friend to Pattinson’s Bruce Wayne — if perhaps a character who knows enough to be wary of his Batman.

Jeffrey Wright is set to play The Batman’s version of Jim Gordon, the Gotham Police Department stalwart who’s remained a steadfast ally for the Caped Crusader in both comics and previous DC films and TV series. The first two trailers for The Batman indicate that he’ll be a major figure in the new movie, with both Gordon and Batman piecing together the clues left by the Riddler across Gotham.

Wright can be seen as the character several times throughout the latest trailer, including during The Riddler’s arrest at the start of the teaser. In true Jim Gordon fashion, one quick shot in the trailer also shows him standing next to the lit-up Bat-signal.