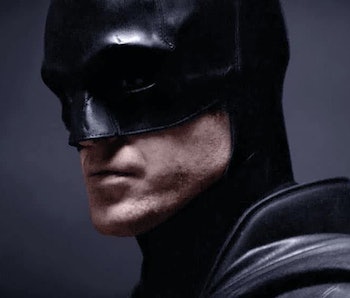 Watch out Gotham villains, Batman is back. Sort of. Matt Reeves The Batman is slated for release in 2022, introducing us to a new version of the Caped Crusader played by Robert Pattinson.

We still have as many questions as we have answers about The Batman, and while the cast is well-known and director Matt Reeves has already revealed both the Batsuit and the Batmobile, the movie's plot and how it might connect to the broader DC Extended Universe remains a mystery.

What version of Bruce Wayne will we see in The Batman? Will it connect to previous films like Man of Steel, Wonder Woman, and Justice League or stand apart like The Joker? Here's everything we know so far about the 2022 DC superhero film, The Batman.

When will The Batman release in theaters?

The Batman was originally scheduled to release on June 21, 2021. But due to the coronavirus pandemic, it was initially been pushed back to Oct. 1, 2021. The Hollywood Reporter broke the news on April 20, 2020. However, Warner Bros. pushed the date back one more time to accommodate their schedules, settling on a final release of March 4, 2022.

Who is playing the new Batman?

On May 16, Variety reported Warner Bros. was considering Pattinson as the new Batman to take over from Ben Affleck, who played an older version of the character modeled after Frank Miller's The Dark Knight Returns. The Wrap followed up with a report that the role was still up in the air and that Nicholas Hoult was in the running. Reeves chose Pattinson, as confirmed by Variety on May 31.

Here's a video of Pattinson's screen test as the Caped Crusader, released by Matt Reeves. It's spooky and eerie, reminiscent of a dark noir movie, which is a different tone than fans have seen before.

You're in luck: Matt Reeves released some stylish photos of the new Batmobile. In a departure from the "Lamborghini tank" aesthetic of previous cinematic Batmobiles, Pattinson's black steed looks like a modified American muscle car. Seems like Dominic Torretto has been working in the Wayne garage.

You can see pictures of the new Batmobile here.

Who else is starring in The Batman?

Matt Reeves spent most of 2019 revealing the cast of his DC movie via Twitter, through the tasteful art of GIFs. The film’s cast, a veritable murders row of talent, is as follows:

Is there a trailer for The Batman?

Yes! The Batman posted its first trailer in August 2020. In it we get our first looks at Pattison’s Batman and Wright’s Gordon, with the former laying a particularly nasty beatdown on some goons.

What’s the plot of The Batman?

The plot of The Batman isn’t completely known. However, Reeves has teased a movie that emphasizes Batman's abilities as a detective. He told The Hollywood Reporter in a 2019 interview:

It’s very much a point of view-driven, noir Batman tale. It’s told very squarely on his shoulders, and I hope it’s going to be a story that will be thrilling but also emotional. It’s more Batman in his detective mode than we’ve seen in the films. The comics have a history of that. He’s supposed to be the world’s greatest detective, and that’s not necessarily been a part of what the movies have been. I’d love this to be one where when we go on that journey of tracking down the criminals and trying to solve a crime, it’s going to allow his character to have an arc so that he can go through a transformation.”

The first trailer seems to double down on that aspect, as Batman is brought in to take down The Riddler, who’s leaving coded clues around Gotham not unlike a serial killer. We've also learned that the movie will take place early in Batman's career as a superhero. Specifically, it seems the movie will pick up in Bruce Wayne's second year of crime-fighting.

Is The Batman part of the DC Extended Universe?

When it was initially conceived as a “Batfleck” spinoff film, The Batman was intended to connect with all of the other films from the DC Extended Universe, from Justice League to Wonder Woman and everything in between. However, that changed when Affleck stepped down from directing, and Reeves stepped in.

As Reeves worked a story to focus around a younger Batman, he was looking to cast a younger version of Bruce Wayne, choosing to rewind the clock and focus on the early days of the vigilante. The final nail in the coffin was when Affleck revealed he would not be participating in the film. As such, the recasting of Batman—as well as several other Gothamites like Gordon and Alfred—indicates that this is yet another universe for the Caped Crusader.

Is it really called The Batman?

Yep! Though Reeves had teased for a while that the title may change, the announcement for the film officially confirmed the title as The Batman. Though simple, it’s a statement from Reeves and Warner Bros. as a whole that this may be their attempt to create the quintessential version of the Dark Knight.