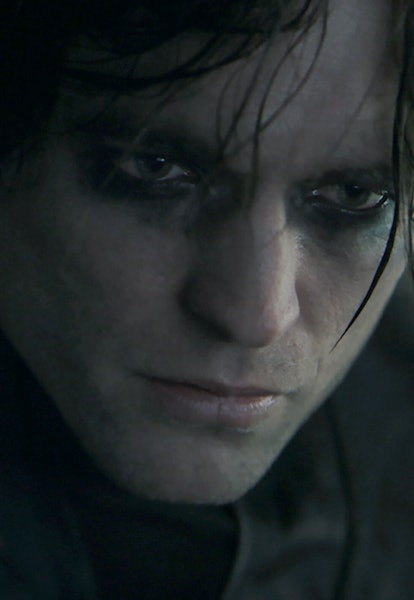 “Sometimes it’s only madness that makes us what we are.”

One comic book quote arguably scratches beneath the surface of the Dark Knight in a more sufficient and succinct way than any other Batman story. Grant Morrison and Dave McKean’s 1989 graphic novel, Batman: Arkham Asylum – A Serious House on Serious Earth, explores the madness at the heart of Bruce Wayne better than any other comic, movie, or TV show ever has.

Batman can’t be beaten. And if he is, then he’s never down for too long.

Sure, years of training around the globe and learning every skill set known to man helps — as does his unshakable survival instinct. But at the end of the day, it’s madness that allows Batman to keep fighting against impossible odds.

In 2022, The Batman is poised to bring that madness to the big screen in a way we’ve never seen before.

There is an innate truth to Batman that sometimes gets overshadowed by the fact that he is the world’s most popular superhero: Bruce Wayne is not a well man.

I want to make clear from the onset that I am discussing a fictional character. Mental illness is a very real thing that I, my friends, and my family have all dealt with or are dealing with. I do not automatically equate mental illness with madness or insanity in the real world, but in order to enjoy and fully explore the character of Batman, we have to make some allowances in terms of language and depictions. With that said, let’s get into the mind of the Caped Crusader.

When it comes to the comics, particularly since the release of Frank Miller’s The Dark Knight Returns (1986), the mythology surrounding Batman’s damaged psyche has been well-trod. But filmmakers have only just begun to explore the serious psychological issues that drive Bruce Wayne.

As audiences increasingly expect darker Batman films (and as some fans continue to hold him as the masculine ideal), I wonder if we’ve reached a point where we can all accept that being Batman isn’t the healthiest option for Bruce.

One thing everyone knows, fan or not, is that Bruce Wayne’s journey began when his parents were gunned down in the street by a mugger. We accept this tragedy as the driving force behind the character.

But it’s not just the fact that Bruce’s parents died that makes him Batman. That origin story isn’t what makes the character unique, but rather the fact that, in most cases, he never dealt with it.

One common criticism of Batman is the sheer number of times we’ve seen the deaths of the Waynes play out. Do we really need to see Thomas and Martha bleeding out in an alley again? has become a common response. I’d argue that we do. Because each time we see it from a different filmmaker’s perspective we also get a glimpse into Bruce Wayne’s psychosis and what makes him Batman.

In Tim Burton’s Batman, the murder of the Waynes ultimately gives birth to both Batman (Michael Keaton) and the Joker (Jack Nicholson). They’re caught in this cycle of creation through death; dancing with the devil in the pale moonlight, the central theme of Burton’s Batman films.

These are men possessed.

The death of the Waynes is practically a supernatural incantation in Burton’s neo-noir Gotham. Bruce Wayne and Jack Napier become haunted by imagery associated with a bat and clown respectively, even out of costume, making Batman and Joker seem like avatars for some otherworldly force. While it’s partly played for comedy, Bruce Wayne sleeping upside down like a bat does give him something of a supernatural aura, as does the Joker’s grin being a physical disfigurement separate from his green hair and makeup. These are men possessed.

This notion of psychological possession also rears its head in Batman comics. To lean on the greatness of Grant Morrison once again (my all-time favorite Batman writer), Batman R.I.P. (2008) delves into this idea. In Morrison’s story, Bruce Wayne snaps and retreats into a backup personality he’s made for himself, Zur-En-Arrh, which takes over his whole being and becomes someone separate from Bruce Wayne.

What’s fascinating is that the foundation for this identity, very much shaded by a child’s perception of what a vigilante is, stems from Thomas Wayne’s last words:

“The sad truth, they’d probably throw someone like Zorro in Arkham.”

Thus, the memory of the last experience Bruce had with his parents, seeing The Mark of Zorro, and his father’s words repeating over and over in his head until they became nonsensical, “Zorro in Arkham” shifting to “Zur-En-Aarrh became Bruce’s very own magic words, a means to strip away the Bruce Wayne aspect of himself and retreat fully into this split personality.

In Christopher Nolan’s Batman Begins, Thomas Wayne’s last words also shape Bruce’s transformation into Batman. In this iteration, Thomas’ final words are “don’t be afraid.” As a result, overcoming fear becomes the driving force of Batman’s arc in the entire movie trilogy. Bruce is driven to confront a fear of chaos, a fear escalation, and a fear of not being able to leave behind his own legacy.

Bale’s portrayal is actually one of the more stable depictions in live-action movies. The most important thing his father left this Bruce wasn’t money but coping skills, a way out, and a means to get better. In fact, Nolan’s Wayne is so successful at letting go of his fear that he’s able to abandon the role of Batman at the end of The Dark Knight Rises.

This turn toward positive mental health was actually decried by some fans as a misunderstanding of the character. But I’d argue that Nolan simply has the luxury of giving Batman an ending, whereas the comics rely on Batman being Batman for, well, forever. And as such, the Batman in the comics willy likely never truly heal.

Affleck’s Batman is the most childlike.

Four years later, in Batman v Superman: Dawn of Justice, we saw a Batman and a depiction of the Waynes’ deaths that mirrored what Miller had depicted in The Dark Knight Returns. In his opening scene, Zack Snyder depicts Thomas Wayne (Jeffrey Dean Morgan) making a fist and ready to fight when confronted with Joe Chill’s gun. Bruce (Ben Affleck) watching his father prepare to fight against the unstoppable ends up defining the Batman he becomes, waging an unwinnable war against Superman (Henry Cavill), and turning his rage into a weapon.

Martha Wayne (Lauren Cohan) also plays a bigger role in Bruce’s journey to Batman here than in previous films, serving as a reminder of his own humanity. Ultimately, Snyder’s Batman is armored rage sheltering a hurt little boy. While focus tends to be placed on his capacity for violence, Affleck’s Batman is the most childlike, desperately wanting to be mature but not quite finding the emotional capacity to do so.

So often Batman is treated as the ultimate man with his unmatched skills and bevy of beautiful women waiting for him to make them an offer. But if you look at the comics, you’ll find a character in a perpetual state of arrested development. Batman is medicinal. He’s a means for Bruce to channel his own psychosis. But is it the healthiest option?

It’s not a matter of Bruce being able to donate his wealth to help the poor and mentally ill (something he has done often in comics, despite what Twitter pundits will tell you). But here’s a man who could have become the world’s greatest spy, led the League of Shadows, and restructured the world order. Instead, he chose to slum it in Gotham, surrounded by child allies and freakish villains.

To turn to Grant Morrison one last time, in the conclusion of Batman Incorporated, Talia Al Ghul turns to Batman and says, “You with your Jokers, and Riddlers, your evil doctors. All those grotesque mental patients you choose to “match wits” with. You’ll never rise above them. You’ll play in the mud for the rest of your life.”

It’s those words that come back whenever I think of Batman’s mental health. This need to “match wits” with inmates strikes me as a way for Bruce Wayne to separate himself. As long as he’s not as crazy as the men and women he’s putting away, he’s sane enough to function.

Which brings us to The Batman.

Plenty of Batman movies have explored aspects of Bruce’s sanity, but Matt Reeves’ The Batman has a chance to go all the way in. Just looking at the teaser trailer we got last year, it’s clear there’s something off about Robert Pattison’s Bruce Wayne.

There’s no clean-cut public facing persona, but rather a disheveled, racoon-eyed trust fund baby with a seeming history of mental instability and penchant for violence. The use of Nirvana’s “Something in the Way” in the teaser feels like a significant choice. It’s more than grunge aesthetic, it’s a commentary on Batman.

In the same way Todd Phillips’ Joker made the Clown Prince of Crime more than a comic book villain, Reeves and Pattison have the opportunity to give us a Batman that fully commits to depicting him as mentally unwell. As Colin Farrell’s Oswald Cobblepot says in the teaser, “This guy’s crazy!”

Crazy though he may be, we keep coming back to the Batman. Yes, maybe it’s because he is supremely human and doesn’t have powers like the rest of his Justice League cohorts.

Or maybe it’s because he is painfully human, and all of us who struggle in our way to deal with the racket in our brains and find a healthy outlet can relate to a character struggling to do the same. Even if he usually fails.