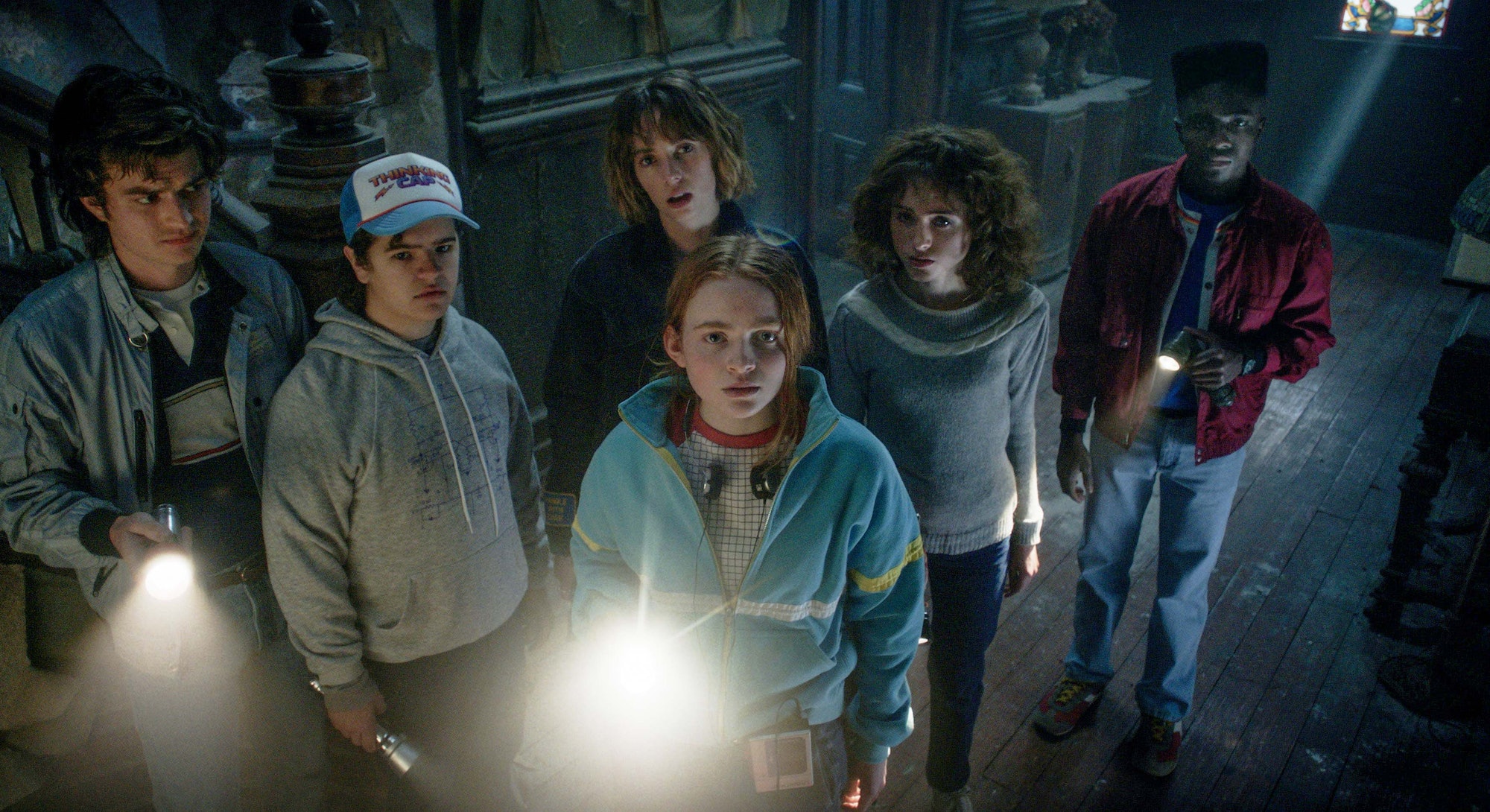 After three seasons of monsters running amok in Hawkins, the growing kids of Stranger Things are embarking on their most brutal challenge yet: Surviving high school.

The first volume of Stranger Things Season 4 episodes, premiering May 27 on Netflix, picks up where Season 3 ended. The Hawkins gang are now teenagers and struggling to maintain friendships across thousands of miles as the Byers family — and a now-powerless Eleven, played by Millie Bobbie Brown — moved to sunny California.

The rest who’ve stayed behind in Indiana are left to deal with the horrors of high school, from fitting in with new friends to basketball pep rallies. There’s also a real monstrous enemy, of course. Unlike seasons past, this new menace from the Upside Down is a supremely intelligent being who knows everyone’s secrets and traumas.

While Stranger Things seems like it’s pulling from all directions in Season 4, its core ideas from the beginning are intact. Friendships, and our imaginations, give us strength. But are friendships enough to last forever? Stranger Things is on a quest this season to find out.

“You can be friends with people who love, but you also have to learn you are your own person,” observes Millie Bobbie Brown, in a roundtable interview attended by several outlets including Inverse. “It’s okay to grow apart.”

In Season 4 of Stranger Things, the enigmatic and gifted Eleven (Brown) moves to California with Will (Noah Schnapp), leaving behind her boyfriend Mike (Finn Wolfhard) and other friends. Brown says the distance is a chance for Eleven to finally figure out who she is on her own.

“You explore that this season,” Brown says, “Without her powers, without Mike, who is she? What does she know? What does she believe in? She’s getting older, the kids are getting older and growing up. Young people want autonomy from not only their parents but their friends. Finding out who they are and searching for that.”

Eleven has been especially lenient on her friends up to this point, Brown says. She teases Season 4 will mark significant growth for a more independent Eleven.

“Eleven [has been] more dependent on her friends,” Brown adds, “She’s trying to find out who she is without Mike specifically. It’s a nice testament to friendship. This season’s quite metaphorical.”

Eleven isn’t the only one striking out on their own. Lucas Sinclair, played by Caleb McLaughlin, has become an up-and-coming basketball star at Hawkins High. While Lucas wants to keep Mike, Dustin (Gaten Matazarro), and ex-girlfriend Max (Sadie Sink) along for his ride to the top of the social scene, they have more pressing matters. Like defeating an ancient dark wizard with new friend Eddie Munson (Joseph Quinn), a super senior at Hawkins High who wears his love for Dungeons & Dragons on his worn leather sleeves.

When Inverse asks McLaughlin why Lucas is bothering to stay friends with people who aren’t supporting him, McLaughlin believes it’s because he still values their friendship. But he seems to be the only one who does, doesn’t he?

“I feel like he’s trying to keep them because he still feels part of them,” McLaughlin tells Inverse. “He still feels like a nerd. But he wants to experience this new world with them. I don’t think he wants to dive into this whole new, cool-guy-jock thing. But when he got to high school, he was the one to jump into it and he’s really serious about it.”

“This season’s quite metaphorical.”

Of all the stories being told in Stranger Things Season 4, McLaughlin says Lucas’ plight is one of the most authentic to the lives of real teenagers.

“I feel like a lot of kids can relate to that,” he says. “When you go into high school, you’re in through adolescence. You kind of get lost in it. You forget who you are. Sometimes you have to remind yourself to step outside the box, and appreciate the person you are and who you were.”

Speaking of Dungeons & Dragons, of course, there are more dice rolling and monster-slaying this season. (Too bad Will isn’t around.) Actor Joseph Quinn joins the cast as Eddie Munson, a Dungeon Master and eccentric metalhead who will tell anyone who will listen how much he doesn’t care what they think.

Armored in heavy metal band patches, Eddie’s role this season weaves in the Satanic Panic of the 1980s, when widespread hysteria over possible devil worship among kids vilified everything from music to fantasy games.

“It was really kind of an interesting time,” says Quinn, who tells Inverse he did some research into the period. “Heavy metal really stands in the face of rusty American values. And it's very kind of it's a real stark contrast. I think it must have been kind of crazy. I think it's really explored very brilliantly in this season.”

Quinn admits he had no personal experience with Dungeons & Dragons, a hobby that is arguably more popular than it’s ever been. “I bought a book and read a third of the page of it,” he jokes. “I think it's fun. I played my first game of it recently. I didn't join a Dungeons Dragons club or anything in preparation, but it's certainly an interesting way to spend time.”

“Hawkins has defined our characters in major ways.”

“I got a glimpse of that hysteria when I was a kid, I remember vividly when Pokémon hit the streets,” Franco says. “Parents were saying like, ‘Pokey-mane is from the devil.’ I had all the Burger King toys with the keychain and the Pokémon in it, I had them on my backpack. One day it was announced: No Pokémon in school.”

The experience gave Franco his own understanding of the D&D panic: “It’s always existed.”

Season 4 of Stranger Things has plenty to discover, from how a new monster stalks Hawkins to how our favorite characters finally grow up, even if that means growing apart.

“The supernatural stuff is all in our heads and CGI,” says Noah Schnapp, who returns as Will in Stranger Things. “But the high school stuff is real. That stuff happens to everyone.”

Brown adds, “Hawkins has defined our characters in major ways. To see [some of] them in California, in a new environment, it’s actually quite refreshing.”

Stranger Things Season 4 Volume 1 will begin streaming on Netflix on May 27.